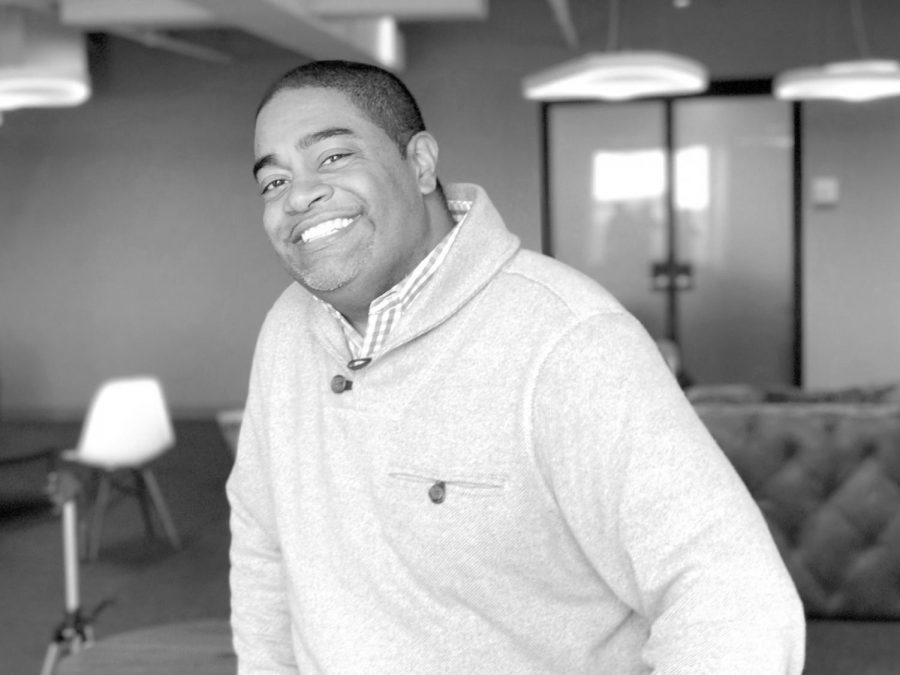 Effective July 1, Javaid Khan ‘92 will become the Head of Middle Division, taking over from Head of School Dr. Tom Kelly, who acted as an interim head of the MD for 2018-2019 school year.

Khan has served as the head of upper school at Bank Street School for Children for the past four years, and before that, was the director of diversity at Poly Prep Country Day School. In his career, Khan has also been an English teacher,, and a faculty member of the NYSAIS Experienced Teachers Institute.

As a student, Khan came to the school in ninth grade. “I’m excited to see what middle school life is like at Horace Mann,” he said. “It’s definitely not an experience that I’ve had, so it feels new to me.”

According to Kelly’s email announcing Khan’s selection for the role of the head of the MD, which was sent out on May 7 to the school community, “Khan was the unanimous choice of the Search Committee.”

The Search Committee consisted of Head of the Upper Division Dr. Jessica Levenstein and Head of the Music Department Timothy Ho who served as Co-Chairs, as well as various other members of the administration, faculty, and school community.

“Mr. Khan combines extensive experience in the classroom, in his diversity work, and as a school leader,” Levenstein said. “He puts students at the center of his work and seems to approach education with a flexibility of mind that was very appealing to the search committee.”

Head of Admissions Jason Caldwell ‘97 was friends with Khan’s brother when they were both at the school. Since then, Caldwell has formed a personal relationship with Khan himself, in addition to a professional one. As head of the Upper School at Bank Street, Khan worked on high school matriculation which led him to work with Caldwell for admissions into Horace Mann.

After knowing Khan for many years, Caldwell has noted Khan’s keen sense of the MD and UD admissions process, his love for the school’s community, and his passion for diversity work, Caldwell said.

One area of the MD that Khan has heard could use a fresh input is the assembly system, he said. At Bank Street, Khan helped build a “really robust and really exciting” assembly program that made most students excited to go to assembly every week, he said.

“I just want everyone to be introduced to as many different stories and as many different ideas as possible over the course of the year,” Khan said, regarding his vision for the assembly program. “If there’s room to recreate or to add to what I’ve done or do it in a style that works at Horace Mann, I’m excited about that.”

Khan’s predecessor, Associate Director of Middle and Upper Division Admissions Robin Ingram, was head of the MD for 14 years before stepping down at the end of last year. When reading Khan’s resume, one phrase in particular stuck out to Ingram. “He wanted kids to experience ‘collective joy,’” she said. “This shows me that he really understands middle school kids, and he wants their experience to be a mixture of academics and and having fun.”

A few weeks ago, Khan came for a day-long visit to the school to meet with different groups of people, ranging from the administrative counsel to Kelly’s eighth grade elective class.

Avi Kumar (8), who is in Kelly’s class, was very impressed when Khan came to visit, he said. “He seemed to really care about what we as students want, and he listened to everything we said,” he said.

Isha Krishnamurthy (8), who is also a member of the class, shares Kumar’s appreciation for Khan’s attention to the students’ thoughts and opinions, she said. “He truly cares about giving the student body a voice and representing us in all his decisions.”

At the end of that day, an open, town-hall style meeting was held between Khan and the faculty. “Everyone was very impressed ith Mr. Khan,” MD history teacher and member of the search committee John McNally said. “He was extremely personable and thoughtful, and seemed like a great person to work with, with a real vision for the school.”

McNally feels that Khan has a lot to offer to the school, but there is one thing in particular he hopes Khan will bring to the MD, he said. According to McNally, during Khan’s time working at Bank Street he helped implement   disciplinary system centered around the idea of “restorative justice,” that places focus on helping students learn and grow from their mistakes.

“The restorative justice model teaches and empowers students to resolve conflicts on their own in small groups,” McNally said. “I think it is an incredibly valuable skill and would build on the work that we are doing in Advisory in terms of relationships and team building.”

Quentin Brooks, an MD math teacher who was also on the search committee, is looking forward to welcoming Khan into the role of Division Head as well, he said. “I hope that he brings innovative and progressive ideas to help develop and foster middle division students and that he works collaboratively with teachers, department chairs, students and parents,” Brooks said.

Middle school is all about experimenting and learning from experience, Khan said. “Kids, of all ages, are really still figuring it out. And I like that we have an opportunity to be a part of that ‘figuring it out process,’” he said.

As a student at school, Khan formed a close group of ten friends, eight of which are still best friends to this day. “We are each other’s godfathers,” Khan said. “I hope that I can help kids find those relationships.”