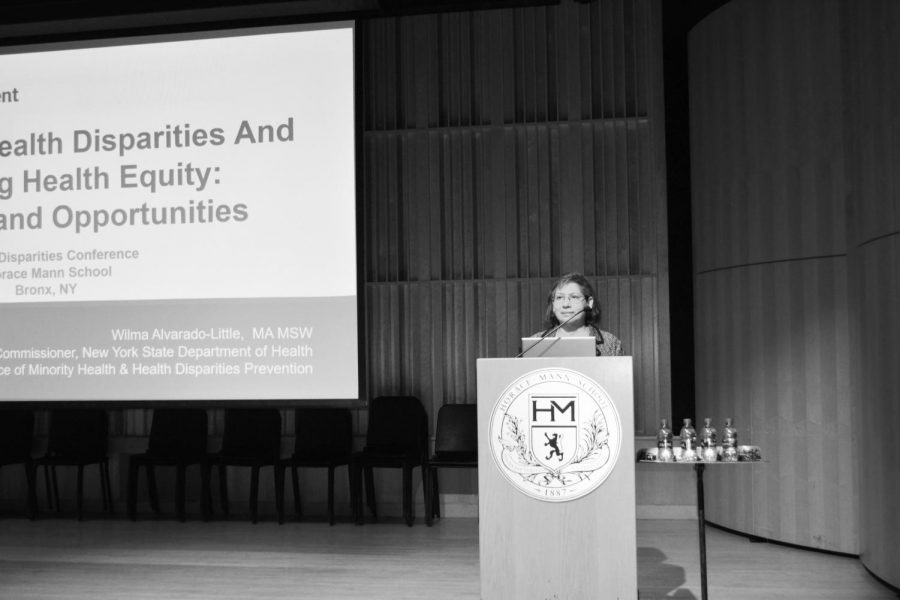 The Health Disparities Club showcased strategies for students to take action regarding health disparities in their communities in its second annual symposium.

The club created the symposium in order to inform the student body and increase awareness regarding the issue of health disparities, which are preventable differences in health that can be affected by status, race and other factors, Health Disparities Club Secretary Shrey Sahgal (11) said. “Their consequences are widespread and affect all communities, but very few people tend to be aware of the severity of the issue.”

Agrawal planned this event as an extension of his own work with his nonprofit Health Disparity, with which he focuses on community outreach and health education, he said.

“As a school focused on the power of community service and diversity, it’s necessary to protect diversity through the lens of a social justice issue,” Agrawal said. “We are hoping students will take this experience to educate adults in their community about health disparities and genetic predispositions.”

The presentation began with Alvarado-Little’s speaking about ways in which the New York state government has been working to achieve greater health equity and address health issues.

Sarah Sun (10), who attended the event, felt inspired by Alvarado-Little’s discussion about health literacy, as she addressed how literacy rates affect the quality of patient care, she said.

Alvarado-Little introduced the topic of health literacy by giving examples of how public healthcare personnel can use information about literacy to change their decision-making and increase accessibility in regions with non-English speakers.

While planning, Agrawal focused on searching for a speaker that represents New York and is actively involved with healthcare policy. “New York is one of the few states with a minority office, and Ms. Alvarado-Little seemed like the best [speaker] to show how New York is leading the nation in fighting against health disparities,” he said.

After Alvarado-Little, Nathaniel spoke about her own battle with stage III colon cancer and how she founded her nonprofit. “It’s never too early to get involved with existing networks and agencies. I was 44. We tend to believe it won’t affect us because we’re so young, but I was probably already sick at 33 because stage III colon cancer takes ten years to manifest,” she said.

Nathaniel views her nonprofit as an innovative approach to spreading awareness in communities of color about health disparities and the importance of regular screenings, she said.

“Our world is set up not to talk about things that make us uncomfortable; disparities don’t just occur through color and education– sometimes it’s simply cultural,” Nathaniel said.

After listening to Nathaniel’s encouraging words, Vincent Li (9), who attended the symposium, hopes to take action himself by informing more people and garnering support for the fight against health disparities, he said.

Agrawal contacted Nathaniel after hearing her speak at a nonprofit event at which he felt inspired by her story as a survivor who took her experience to become an activist in the Brooklyn community, he said.

“If the new generation wants to live through important milestones in their life, they have to figure out an innovative way to make an impact on health disparities,” Nathaniel said.