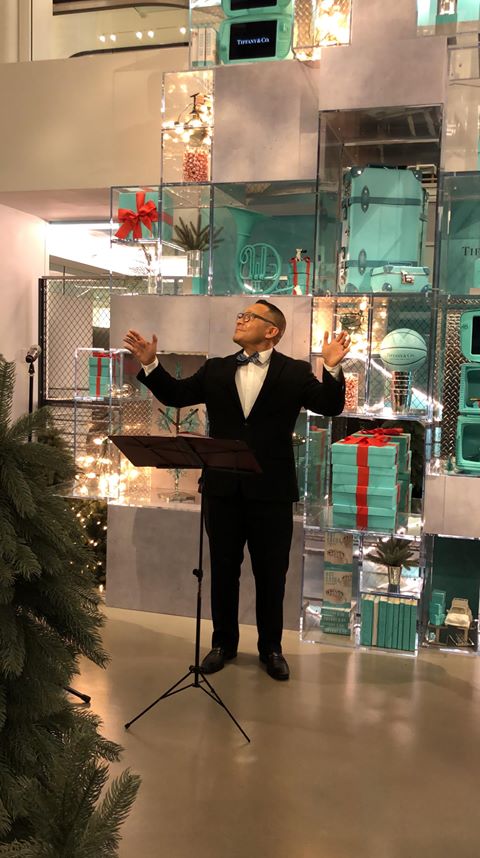 Inside the festively decorated 57th street space, the Concert Glee Club and Treble Choir performed several holiday songs in celebration of the opening of the new Tiffany’s and Co. store.
Over the years, the school developed a relationship with the jewelry store, as Head of School Tom Kelly often buys gifts from Tiffany’s in recognition of tenured faculty, N-12 Music Director Timothy Ho, said. Tiffany’s reached out to Ho when they were interested in having the school’s choir perform at the grand opening of their downtown pop-up store in midtown, he said.
Taussia Boadi (12), who has been part of chorus for four years, said that this concert felt different than the past performances that the chorus held.  “This concert is not something for our own benefit, or for our parents, it’s really for complete strangers,” Boadi said.
William Leung (11) said he felt nervous because it was his first time performing for an audience beyond the school community. While parents and school faculty, such as Kelly and Director of Institutional Research Lisa Moreira attended, Tiffany executives and employees also watched their performance, Jackson Feigin (11), said.
“One thing I expressed to the students is that this is not necessarily a program that you are doing for yourself. As paid performers, part of the training and preparation was understanding and following the expectations Tiffany set out for us,” Ho said.
The money Tiffany gave to the school for their performance was donated to VHI Save the Music, a nonprofit organization dedicated to restoring instrumental education programs, Ho said.
Normally at concerts, the chorus performs three or four songs with over a month to learn them. However for this performance, Tiffany’s expected their performance to last forty-five minutes, which means they had to learn a lot more songs in a five week span, Boadi said.
“We ended up singing eight songs in total, which is way more than what we normally sing,” Leung said.
The chorus rehearsed during their class periods as well as a three period rehearsal G through I period on Monday, Yana Gitelman (11) said.
Normal rehearsal periods also became more focused to prepare for the performance. “We’re used to coming in and having a little bit of time to debrief and take our time and ask questions before we start practicing,” Boadi said. “But for this performance, we did none of that.”
Learning eight songs meant that the chorus had to spend more time practicing on their own. Leung said. “Even though our rehearsals were good, I felt I needed a little more time to be fully prepared, especially given the special circumstances of this concert,” he said.
Having to learn so many songs in such a short amount of time posed several challenges, Feigin (11) said. The chorus practiced diligently, despite the tight schedule, he said. “We prepared more rigorously for this concert than I have previously in my four years in singing with Mr. Ho.”
Merging several separate choral groups also posed a challenge to ensemble members. Even though the concert was a joint performance from Treble Choir and Glee Club, they had very few practices together. Blending the groups was hard because they both have distinct voices and it is hard to find that perfect balance, Boadi said.
The songs performed were also different from what the chorus normally sings, Boadi said. “Usually Mr. Ho picks songs that he knows we will be able to sing really well but these are popular songs that you can find on Spotify,” she said.
‘Lo How a Rose,’ ‘What the World Needs Now is Love,’ and ‘Pine Cones and Holly Berries’ were among some of the holiday classics that were performed during the event, Feigin said.
“The songs were really festive and it was a nice break from the songs that we usually perform,” Emily Marks (11) said.
Upon arriving, Leung was struck by the elegance of the pop-up shop. “It was extremely fancy, and nothing like the other places we’ve performed.”
There was an open space in the middle of the store surrounded by five levels of terraces on the sides, Ho said. The performance began around seven, with the tenors and altos on the second floor terrace facing the sopranos and treble choir who were stationed across from them, with Ho conducting them from the lobby, Max Dauer (11) said.
Despite the challenges the chorus faced throughout the weeks leading up to the concert, Leung felt that their hard work and effort paid off, as ultimately the performance was a success. “It was one of our best performances since I’ve been in chorus,” Feigin said.
Ho felt that the song that stood out the most was ‘What the World Needs Now is Love,’ which was the only song that Tiffany’s requested they sing, he said.
Feigin attributes their success to Ho, who helped them prepare for the concert by constantly helping them. “He worked really hard for this and we owe him a lot for this performance,” he said.
Ho praised the chorus for their performance. “The choirs worked really hard and their efforts paid off; everyone was very professional… I am very proud of the students. They did Horace Mann proud,” he said. 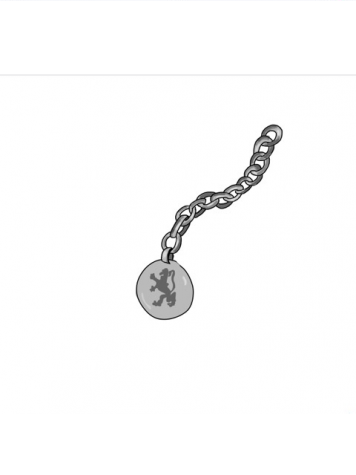