Why I play sports 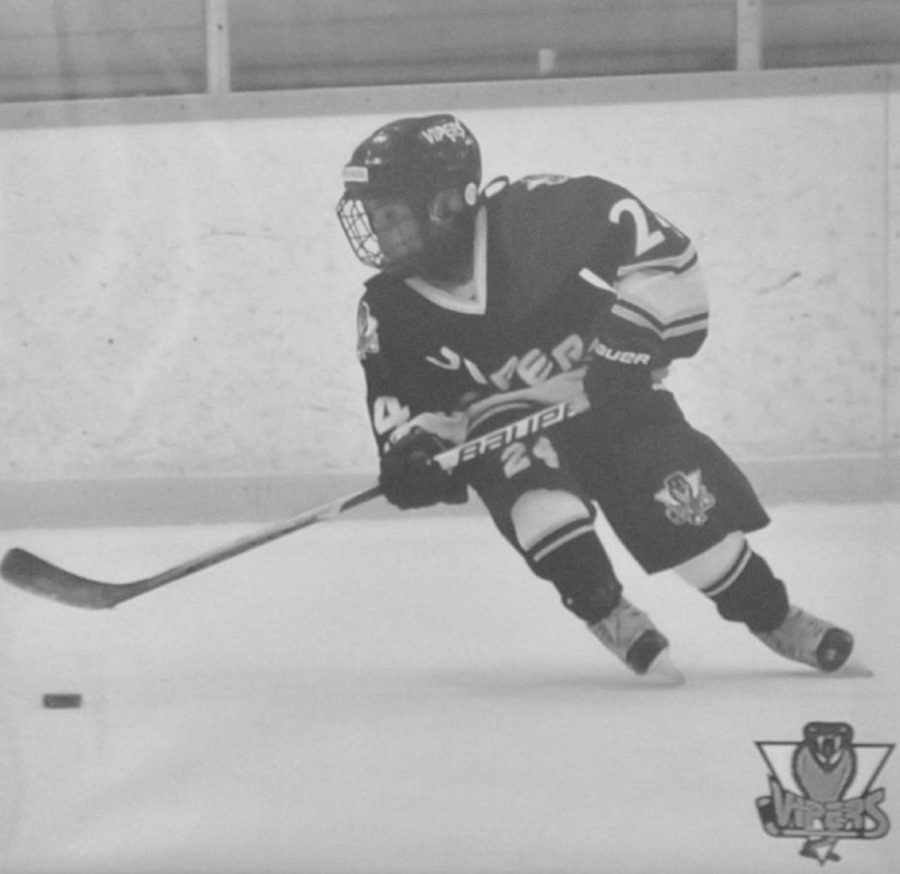 Ever since I took my first steps as a little boy, my parents signed me up for every sport imaginable. This was probably either because they wanted to have free time for themselves as I was pretty annoying or because they wanted me to “stay out of trouble,” whatever that means.
I have tried probably every sport, ranging from running cross country, which seems so simple, to playing a high-contact sport, hockey.
You’re probably thinking to yourself right now, “Why would you ever do that yourself?” Well, my answer is “I don’t know.” It isn’t always fun getting up so early in the morning for a practice or a game or running ten miles to prepare for a 5k meet. At some points, I felt miserable because there were times that made me feel like I was not a normal kid because I couldn’t hang out with my friends on the weekend because I had a practice or a game. However, I am glad that my parents made the decision to sign me up for sports when I was younger, because playing brings a big old smile on my face, and all anyone can ask for is to be happy.
I completely agree with the school’s ideology of making students participate in Physical Education if they aren’t on a sports team because by being physically active and playing sports, one can benefit tremendously. My teammates have become my friends because we have shared quality time together.
Whether it was from sitting in the airport for hours after a flight being continuously delayed to go to a hockey tournament and playing football at our gate, or going to a lot of team dinners and getting to know everyone better, my teammates and I always knew how to have fun. Going to team functions allowed me to get to socialize with my teammates who I didn’t talk to as frequently which made my hockey team feel like a brotherhood. I can go to them and count on them for anything. When I was first diagnosed with a type of sarcoma cancer, it was my hockey team and coach that visited me at the hospital the next day and assured me that everything would be okay, and that I just needed to keep a positive attitude. They continue to be with me every step of the way as I continue the fight against this ugly disease. I don’t know where I would be right now if it weren’t for the tremendous support I continue to receive from them. I will never forget when my hockey teammates surprised me at a cancer awareness game our organization hosted, by having special cancer awareness jerseys that included a muscle emoji. Inside the muscle emoji, it said “Mo=76 strong.” I wear the number 76 because my favorite NHL player P.K. Subban wears that number. The muscle on the jersey re-assured me that I can always count on them when I need to.
The two most important takeaways I have from playing a sport are that playing sports is a natural stress reliever and I have developed lifelong healthy lifestyles. Exercise is a great way to loosen up and forget about everything that’s going on in reality. Playing sports can be used as an escape from the real world and its problems. The lifelong healthy lifestyles consist of developing teamwork and leadership skills. Working towards a common goal with my teammates, such as winning a game, has helped me develop communication and problem-solving skills that I can use both on and off the field. For instance, playing a sport has helped me conceptualize the meaning of body language. Body language is a communication skill that I certainly recommend everyone must be aware of. Your body language speaks volumes before you even open your mouth. If you appear to be timid, scared, or worrisome, your opponent will not respect you, and you will most likely lose the sporting event you are participating in. The contest is over before it even started because the opponent knows you are afraid of them. To gain the opponent’s respect, you must not show your opponent your weakness or that you are scared, and play to the best of your ability. Playing sports has helped me become more aware of my body language, and I immediately started to make some changes to it. Your posture, facial expressions, and eyes help someone create a first impression of you. When I am communicating with others, I make consistent eye contact, I smile frequently, and I stand up straight with my shoulders back so that the first impression people will have of me is most likely positive: a confident young man who actively pays attention to what other people are saying.
Why do I think you should play a sport or at least be physically active? According to Cornell University, “Participation in competitive youth sports ‘spillover’ to occupationally advantageous traits that persist across a person’s life.” In sports, people learn to rely on someone, maybe a teammate or coach, to accomplish a common goal. Playing a sport, especially participating in a team sport, teaches you a life lesson: the success of a team isn’t determined by just the “main” or “star” players, but rather it is determined by everyone on the team contributing by playing their role. The success depends on how well everyone can work together. People also learn to put forth their best effort and exhibit ethical behavior no matter the outcome of the game. If you want to learn to focus, better manage your time, and have an advantage in a prestigious workplace setting, such as Horace Mann, I recommend you try playing a sport.