Learning to give animals the treatment they deserve 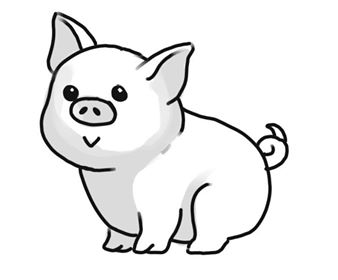 Mahatma Gandhi once said, “The greatness of a nation and its moral progress can be judged by the way its animals are treated.” When analyzing humanity on the basis of this quote, it is apparent that society has made little to no moral progress and that it would not be considered “great.”
For thousands of years, the human race has consumed animal meat, tested products on animals, and subjected animals to abuse solely for their own short-term entertainment. However, humanity needs to change its perspective on animals because not only do animals deserve rights, but they are also critical to society as a whole.
In the wake of the recent Australian wildfires, reports have stated that close to one billion animals, including koalas, kangaroos, flying foxes, and camels, have perished. As the fires continue to burn, concerned citizens across the world have tried to help out in several ways, including making financial donations, donating goods and services, and spreading the news across various social media platforms.
However, what is shocking is that although citizens across the world have put in efforts to save animals in Australia, Australian Aboriginal Officials themselves have approved the murder of 10,000 camels. Officials have allegedly been transporting camels to a facility that kills about 250 camels per week for the past year. Their reasoning behind this was that camels drink too much water so that by shooting them, they will conserve water for humans. However, the officials’ decision to approve this was critized by several activist groups as well as the Turkish government. The fact that Australia has organized the culling of camels previously is deeply worrying, and it is critical—for the benefit of all of the beings on Earth—for us to find a more humane solution to the problem.
Another recent event that has not received enough attention is the opening of a theme park bungee-jumping ride honoring the Year of the Pig for the Lunar New Year. At the opening, a 165-pound pig was dropped from a 223-ft tower. Once videos of this event surfaced, social media users across the world were shocked that such an event had taken place. What was even more worrying was the fact that this appalling stunt was both publicized and legal. After reading several articles about the horrifying event, I decided that I wanted to watch the video for myself. I will never forget the horror I felt as I heard the pig screeched in distress while bouncing up and down from a bungee cord in midair. To make matters worse, in the background, upbeat music played, and onlookers laughed and chatted as if this were a normal event.
The fact that an event like this exists is quite hard for me to wrap my head around, as living in a privileged society often shelters us from the horrors of the rest of the world. By not shedding more light on these horrifying events, we are, in a sense, encouraging them
Throughout the course of my life, as I read about events like these, I become more and more convinced that something must be done. I believe that by simply spreading the word about acts of animal cruelty that occur worldwide, you can make a significant impact. While social media may only seem to be a source of entertainment, with the help of users across the world, one message can reach thousands and create change. Additionally, simply living by the “If you see something, say something” rule can make a huge difference. Never be afraid to speak out. If you think that something may be immoral, stick with your gut because you can never be too safe, especially when it comes to the welfare of living beings.
I, myself, have recently become a vegetarian after years of eating meat. This decision was easy for me to make, as I had been wanting to become a vegetarian for a while. However, because my entire family eats meat, it was difficult for me to transition, and there were worries that I wouldn’t get enough protein. We eventually worked it out, and it has definitely made a positive impact on my life. I feel more free and clean, and I no longer need to feel guilty while eating and thinking about animals at the same time. I urge anyone who is even considering becoming vegetarian to take the first step and try because the satisfaction that it gives is unparalleled.
Additionally, although cats, dogs, and rabbits are among the small group of animals who are treated well, they always do need help finding a permanent home. I have volunteered at an animal shelter in Manhattan called Animal Care Center since seventh grade, and the work I do has been extremely rewarding. When I visit the shelter, I typically interact with the shelter animals, photograph them, take videos of them, and then eventually write a bio about them. This assistance makes a huge impact because if an animal is ignored, it may be sent to another shelter where it might be euthanized if it is not adopted after a certain amount of time. This practice is deeply inhumane, and although we must try to end it, we can also try to prevent animals from reaching such a condition. If you are at all interested in helping out as I have, please do not hesitate to get started.
We as a society must stop normalizing animal abuse because if we continue to turn a blind eye towards the gruesome events that are going on throughout the world, we will never be able to progress as a society.