Why self-deprecating humor is not always so funny 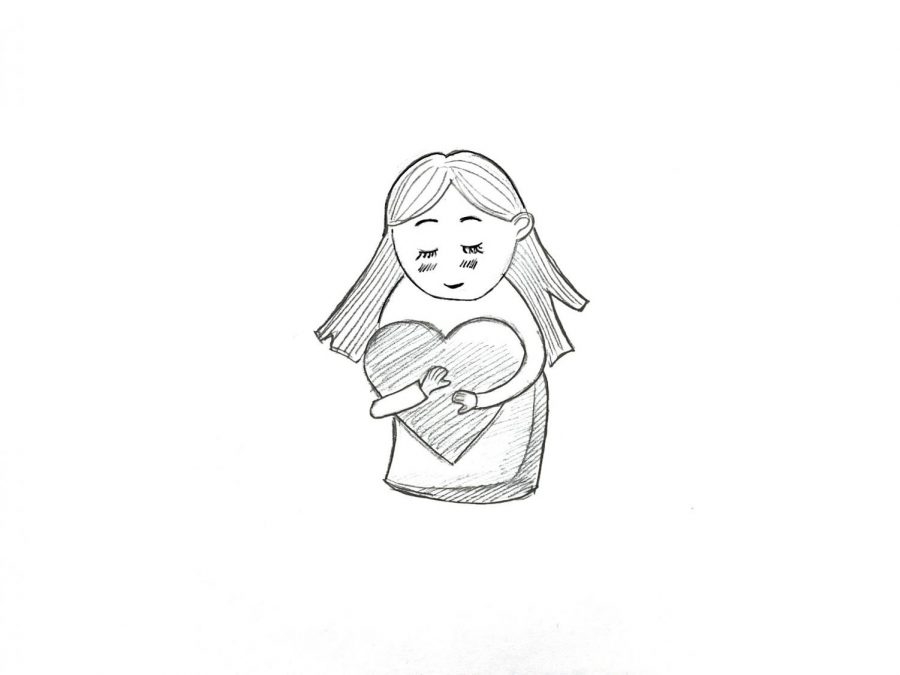 A universal rule to comedy is that if there’s nothing funny left to laugh about, laugh about yourself. Gen Z has taken that concept and fed it energy drinks and steroids. The first few jabs at yourself don’t linger, but the next ten do, until hundreds of some-recycled, some-new statements become a part of how you see yourself. Which is dangerous the instant it becomes less of a flippant remark and more of a self-perpetuating thought cycle.

In all fairness, there’s nothing as incredibly validating as scrolling down Instagram and seeing a meme about how much the Original Poster hates themselves, then seeing the thousands of likes it has, and then feeling a little better about expressing your own flaws. “Looking in the mirror and jumping because I surprised myself with my own ugly.” “My acne is more reliable than most of my friends.” It’s relatable and casual, like comedy should be. But why have we taken the self-hatred aspect of humor and blown it up disproportionately in the last few years?

I don’t know. Are some of us just so filled with self-loathing that it’s a relief to realize others feel the same way? Is it a comfort to know that there’s always a way out of a convo available? Is it a sickening validation when you realize oh, look at that, I can talk about how much my very existence bothers me, and everyone’s just going to think I’m being witty, yeah, I’m all over that.

Bullying yourself has come to the point where it’s hard to find the fine line between being hard on yourself to be funny and being hard on yourself because you legitimately don’t think you’re worth kindness. In my experience, it became a lot more worrisome when I started saying terrible things to myself when I was alone and not to entertain others. How badly does self-deprecating humor affect us? How badly has it affected me?

Some people now find it so hard to cut themselves  the slightest bit of slack or take  deserved credit for something they’ve accomplished. It isn’t “humbling,” but more of a collective fear of coming off as too self-absorbed or big-headed. The second you show you can laugh at yourself, you’re immediately showered with modesty points. For me the fear ran so deep that I cringed at the concept of letting people have the notion I accepted myself to any degree. Because I didn’t. This vicious cycle of belittling myself made me my own worst critic and abuser. My self-worth was destroyed by me and my strangling desire to be funny.

Last year, I spent too much of my time thinking that I was a terrible human being. I’d think about how ugly I felt, how absolutely miserable I was, how there was nothing good about me, and how absolutely aware I was of all this. If I had said a single one of those things without a joking tone, someone’s red flag would have gone up. Maybe I was just a really great liar. Maybe everyone was so used to those kinds of statements that the warning sign was nonexistent. What I can say for sure is that I’m in a much better place now with significantly less negative things I say towards myself.

The beauty of self-deprecating comedy is that it reveals how everyone actually has flaws, which they’re hesitant to admit to unless it’s the “norm.” Nobody’s perfect and the faster we acknowledge that, the faster we bond as a community. Self-deprecating comedy should only be the realization of our flaws. It shouldn’t be how we view ourselves. There’s no reason why we can’t take recognition of our less-than-perfect selves and create something beautiful. Something where we can openly talk about ways we’re flawed, but also ways that we’re gifted and valid.

From personal experience, if you are actively struggling with depression, anxiety, unresolved trauma, or any other mental illness that makes self-care difficult, I don’t recommend using self-deprecating humor casually as a cure. It’s a bad idea to use it in front of children too – having a child grow up to become full of themselves is infinitely better than having a child grow up to constantly question their self-worth. No one should have to deal with problems on their own, not when you have the power to get help. Seeking and receiving professional therapy is one of the best methods for accepting yourself and becoming happier. It’s not easy, but you’ll never regret placing your mental health first in the long run.

To the audience of someone using self-deprecating humor, I’d say that you shouldn’t ever laugh too hard if someone pokes fun at themselves. Whenever anyone says anything negative, I like to add in one thing I like about the other person. Actually, just a general rule of thumb: no one should ever be compliment-shy. I think telling someone straight from the heart why you think they’re beautiful or why they deserve to think highly of themselves is the best gift you can give them.

And just to make it explicitly clear, I’m not condemning every meme account on Instagram. Self-deprecating humor is fine. Like most vegetables, it’s arguably even great in moderation. But “in moderation” are the key words—because once you start using self-deprecating humor too much and it becomes less of a joke, the more it becomes normalized. When you find people being too hesitant to say “hey, be nicer to yourself,” that’s when it becomes a lot more dangerous than just a cheap way to get a few laughs.