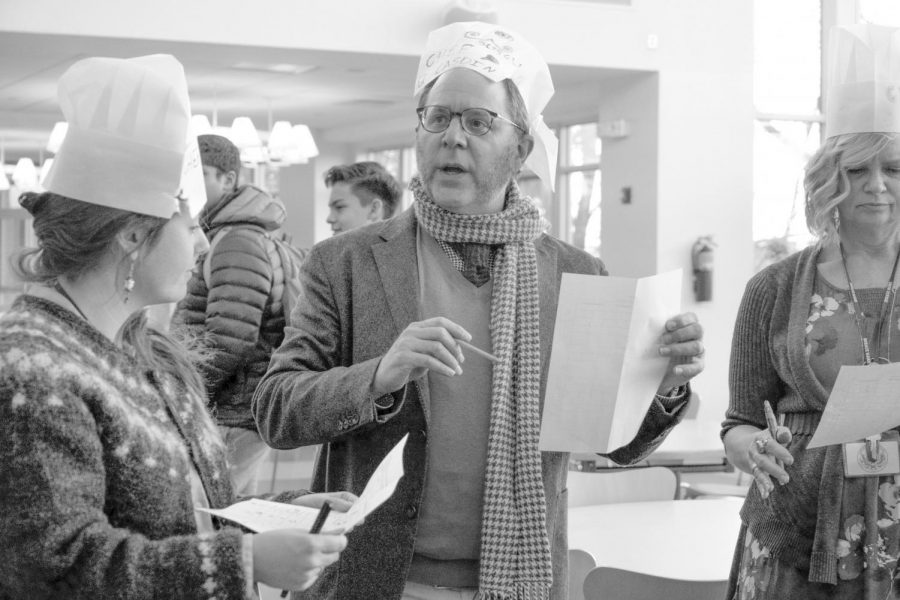 Students and faculty gathered in Cohn Dining Hall on Monday to participate in the Great Baking Challenge, organized and hosted by members of the Community Council and Student Body Presidents.

The event permitted teams of students and lone bakers from all grades to bring in their own edible creations, which were then judged by teachers and members of the Flik staff.

The competition first began last year and was so successful that it was reintroduced again this year, Student Body President (SBP) Janvi Kukreja (12) said. The intention behind the event was “to bring the school together in a silly sort of way,” she said.

Kukreja found that “many bakers’ talents are not able to be showcased” considering the fact that most of the assemblies focus on the performers of the school, she said.

Students were judged based on appearance, creativity, as well as taste by the panel of judges when the time came to present their creations. After the judges sampled the baked goods, student spectators sampled the creations of their peers.

Isabella Remedios (11) was chosen as winner of the competition for her cinnamon pumpkin cupcakes.

Participants Euwan Kim (11) and Brigette Kon (11) baked a cake flavored with matcha, a green tea powder from Japan. The two topped their cake with gingerbread cookies and other decorations. The pair spent nearly 10 hours baking their entry, they said.

They described the baking process as “nuts” and their adventures “took up a lot of their time.”

Participants Jaden Sacks (9), Emmi Zeitler (9), and Sarah Taub (9), who entered snowman cupcakes, were glad to be able to have an “opportunity to work with their best friends to make something creative,” Jaden said.

“We love baking together, and thought this would just be super fun to participate in while sharing our desserts with others,” Sacks said.

“I love seeing everyone’s creativity and go out of the box,” Caroline Bartels, who helped to judge the competition, said.

Claire Goldberg (9) made Sufganiyot, a jelly doughnut traditionally consumed during the time of Hanukkah, with her siblings. She appreciated that students were able to bring in foods with different cultural backgrounds, she said.

“We decided to participate because we thought it would be a fun experience, especially since my siblings and I love to bake,” she said.

“There were so many different types of treats, and it was a really great way to try new desserts,” Dalia Pustilnik (9), who attended the event, said.

“It was really fun to walk around and taste all my peers’ desserts, most of whom I didn’t even know were able to bake so well,” Michael Shaari (9) said.

“It’s definitely something all students should attend and experience,” Pustilnik said.

“The CC was really excited by all the fantastic baked goods that were made. It seems as though there is  a brand new wave of cooking and baking coming through the school,” Community Council member Will Golub said.