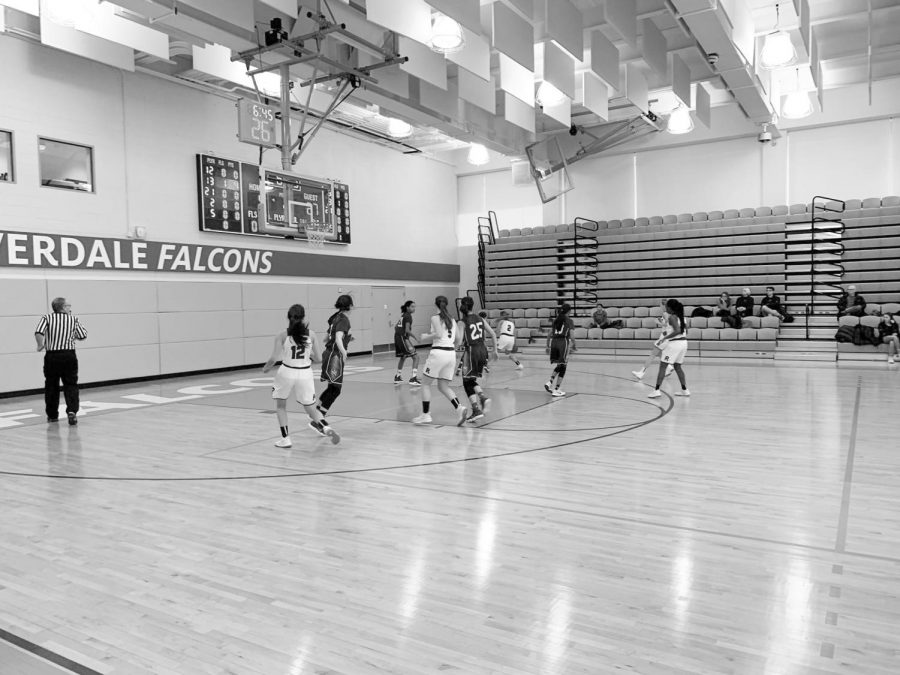 Halfway through their season, the Girls Varsity Basketball team has earned an impressive 12-1 record due to the efforts of a tenacious squad, including wins against Poly Prep Academy and Dalton, teams the Lions have not defeated recently.

One of the 12 victories included a 38-point rout of Leman Manhattan Preparatory School.

Upperclassmen have been integral to the team’s success.

Kester explained that the team’s strength stretches way beyond just the seniors.

“Our juniors, Ella Anthony (11), Julia Robbins (11), and Halley Robbins (11) have really stepped up with integrating the new freshmen into the team and leading them on and off the court,” Kester said.

The three juniors have been starters since their freshman year.

“Those three have really all come into their own this year,” Girls Varsity Basketball Coach Ray Barile said.

“They have experience and are great shooters, ball handlers, and defenders,” Golub said.

“[The Juniors] all average double figures, are athletic, and have pretty high basketball IQs,” Anthony said.

“She has been having a sensational year, averaging twenty-plus a game,” Barile said. “She’s shooting the ball exceptionally well from outside, and she’s finishing inside.”

Barile also noted that “Ella has taken a big step from last year to this year.”

The players value Anthony’s presence on the court due to her playmaking abilities at point guard, as well as her hustle. She pushes her other teammates to work hard.

“Her ability to see several moves ahead on the court is incredible, as well as her passing and shooting,” Natalie Sweet (10) said.

“Not only is she the central playmaker on this team, she also is arguably the best three point shooter in the league,” Vivien Sweet (10) said.

The success of the girls team can also be attributed to the positive attitude that each player has, as exemplified by Kester.

“Our one loss was by 10 to the number six team in the entire state for AA, which is the most competitive league and we play mostly in the C and sometimes in the B class,” Kester  said. “We were recently just ranked number two in the tri state area for independent schools.”

“Our loss revealed how well our team plays together. We came close to defeating a team known statewide for their girls’ basketball program,” Julia Robbins said.

The hard work and hustle traces back to productive team practices. The typical practice involves an extensive group of activities.

“We start with warmups, like layups and shooting drills, then we usually scrimmage and go over plays on both offense and defense,” Vivien Sweet said. “Occasionally, after game days, we rewatch the game on Krossover [a game replay website] and go over what we did well and what we didn’t, which helps all of us acknowledge how we can be a stronger team.”

The overall unity of the team has become more evident this season, exemplified by the Lions’ practice chants.

The team has made great progress this year, and their ultimate goal is to win the league.

“If we continue to work as hard as we’ve been working by going hard in practice and watching film, I have no doubt that we will finish the regular season 22 and one and win NYSAIS in the postseason,” Anthony said.

“As a team we just want to continue to stay positive, energized, and never get too comfortable,” Halley Robbins said. “Our coaches always remind us to take every game as seriously as if it were a championship game because we want to be a championship team.”