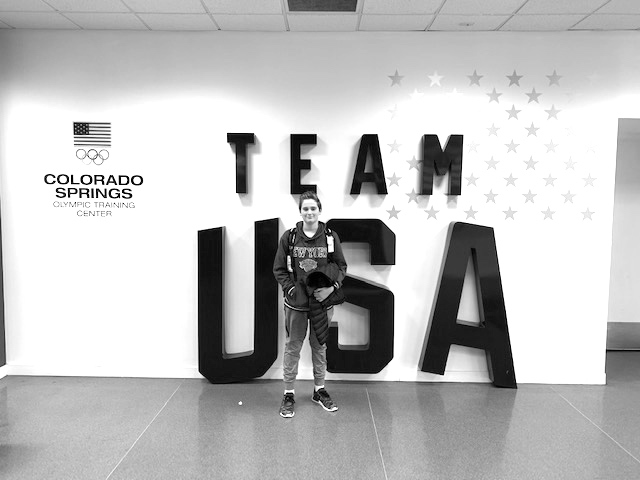 Max Chasin (8) was only in the third grade when he discovered his passion for water polo. Last weekend, Chasin was selected to compete at the Greensboro Aquatic Center in North Carolina and join the final 14 kids on the National Olympic Development team.

In 2018, Chasin was nominated by the USA Water Polo Olympic Development Program to train at the Olympic Water Polo facility in Colorado Springs.

This summer, Max will compete in the Junior Olympics in Southern California as a member of the National Olympic Development Team, he said.

Chasin has been playing Water Polo year-round for the past five years. “It has been really fun to watch Max progress as a water polo player,” Max’s father, Matt Chasin P‘21 ‘23 ‘26 said. “We did not know really anything about the sport before Max started playing five years ago, so we have been learning with him,” Matt Chasin said.

“As I got older, my parents told me that I had to cut down on the number of sports that I played.” Chasin said. His parents wanted him to try a unique sport, so he chose water polo.

“As I practiced, I realized that I just had a natural talent for the sport. I kept playing and developing my game, and here I am,” Chasin said.

Chasin enjoys the flow of the game and the friends that he has made while playing, he said.

“Max has been playing for a long time. I just started last year so he has given me lots of tips to help me improve,” Jared Contant (8) said.

It’s been a long journey for Max, and his family has been supporting him the whole way. Chasin’s parents, Matt and Pamela Chasin P’21’23’26, are fortunate to be able to watch Chasin in all of his tournaments, Matt Chasin said.

Ben Chasin (10) has supported his younger brother throughout the process. “Before he went to North Carolina, I was encouraging him to just keep his head up and, no matter what happens, to just go out there and play hard,” Ben Chasin said.

In addition to his Olympic aspirations, Chasin is currently a star player on the Middle Division Water Polo Team.

“Playing kids of the highest level of competition across the country will just make [Chasin] an even better player,” Water Polo Coach Michael Duffy said.

“In the future, I would like to improve and develop my shot further, and work on my ability to see the whole pool while I am swimming.” Chasin said.

Max Chasin hopes to see his hard work pay off when his travel team participates in the Snowball Showdown Water Polo Tournament at Chelsea Piers at the end of January, he said.