The halls are alive with the sound of music: exploring Music Week’s history and impact 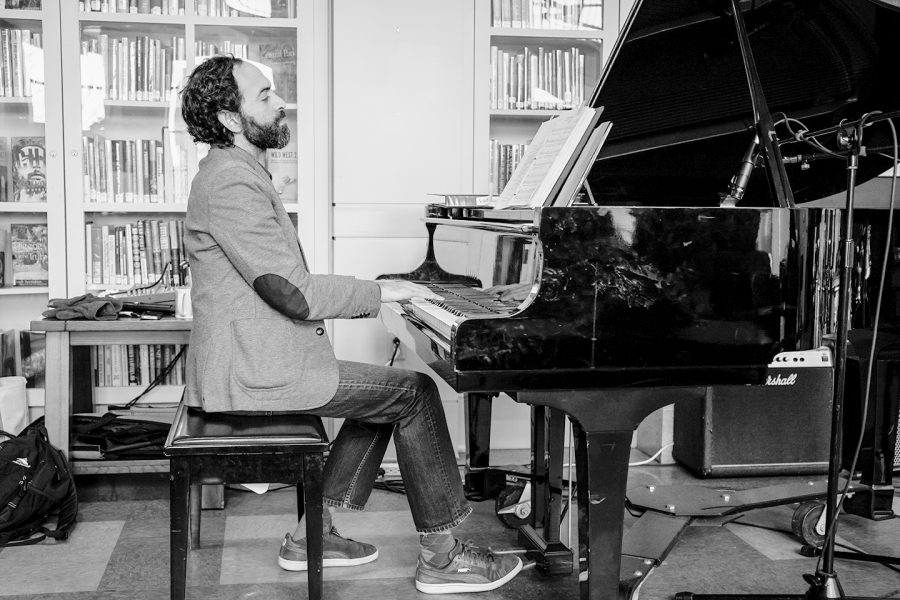 Solo cellist Elad Babillo filled Olshan Lobby with warm melodies, marking the beginning of a week full of music and learning for the school community. A group of students gathered before the start of A Period to witness this inaugural performance, and throughout the rest of the day, the halls of Tillinghast, Lutnick, and the Middle Division were filled with the euphonious sounds of Music Week

Antoine recruited his peers to perform in casual settings around the school, from hallways to classrooms. A few years after his graduation, Antoine passed away. Since then, his parents and the school’s community have been dedicated to keeping his memory alive, Ho said.

Antoine’s parents, knowing how much he loved music and bringing his friends together through the arts, decided to help finance performers to come to thr school the year following his passing to commemorate him, establishing a beloved annual tradition, Ho said.

Since its beginning, Music Week has grown into a school-wide event and has gained massive student, teacher, and professional participation, Music Department Chair Douglas Epstein said.

“I want kids to see the vibrancy in live music in an age when most is only heard through headphones,” Epstein said.

“Music Week is a time to celebrate the value of music in our lives, while underscoring its importance to the student body as a universal language and a vehicle for bringing people together,” Music Teacher Michael Bomwell said.

For some student musicians who are not in music ensembles, Music Week is one of the only times during the school year they are able to share their talents with the rest of the HM community.  “Music Week is a great opportunity for students and faculty to share a side of themselves not everyone gets to see all the time,” Equipment and Stage Manager Dr. Amir Khosrowpour said.

Luke Weber (11) participated to raise awareness for the Cancer Awareness Club. He performs with Musicians Against Cancer and believes that Music Week was a meaningful experience that allowed him to express his true self, he said.

Music Week may mark some student’s first times performing at the school, but for others, such as Karen Jang (12), Music Week is an event they annually participate in. Jang, who has performed each year since ninth grade, feels that she is “continuing the tradition by performing again this year in my last year at the school,” she said. For Jang, Music Week also gives her the chance to share her love for classical music, she said.

Music week has evolved from a solely student-led project, and continues to fulfill its purpose of exposing the whole school community to new music through student, faculty, and professional performance, Bomwell said.

“The best part of the week for me may just be getting to sit back, relax, and watch or hear everyone’s efforts pay off and be executed in a way that continues to show us why we do this each year,” Epstein said.