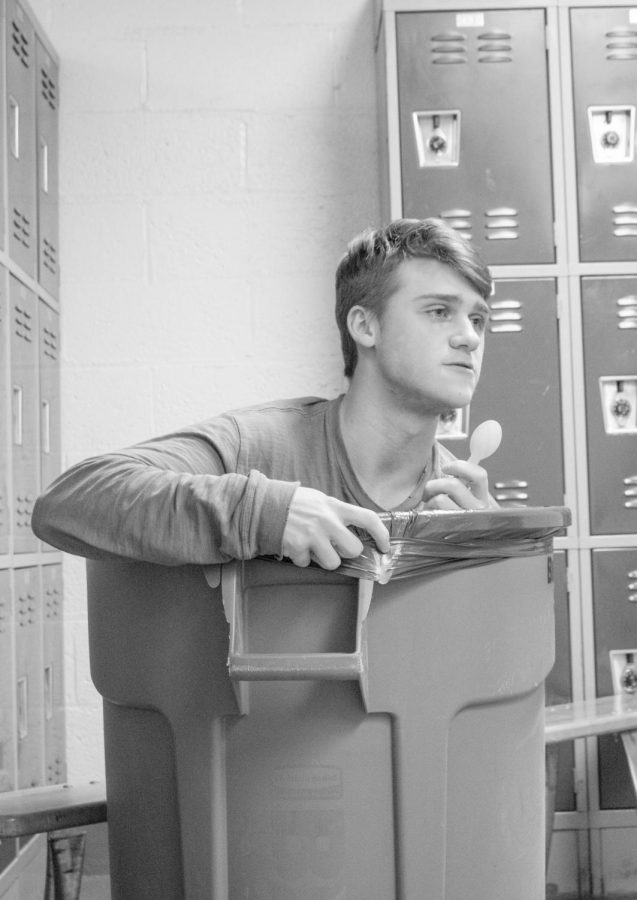 From disguising themselves in all black to hiding inside trash cans, 379 Upper Division students went to extremes last week to compete in the school’s annual game of spoon tag: Project X.

Each player is assigned a target – another player they have to tag during the week. Once a player tags their target, they enter that target’s secret word into the game’s website and then take on that person’s target. The most popular secret words this year were “food” and “chocolate,” William Golub (12), one of the creators of Project X, said.

The goal of the game is not only to be one of the last students standing by the end of the week, but also to have eliminated the most other students.

Project X existed in the past but underwent a brief hiatus in 2016 because the seniors managing it graduated. Golub, Agarwal, Herwitz, and Wildermuth brought Project X back in the spring of 2017. Since then, they have worked together each year to write the rules, program the software, and promote participation, Agarwal said.

Apart from organizing the game, Agarwal, Golub, Herwitz, and Wildermuth also act as mediators. “We do our best to write a comprehensive set of rules at the beginning and send them out as early as possible and refine them as it goes on,” Golub said.

Despite the rules, a few disputes over who tagged first occur due to the competitive nature of the game, Agarwal said.

“Sometimes things get a little bit heated in the moment, but with very few exceptions everyone has been able to realize that it’s a game for fun,” Golub said.

Every year, changes and additions are made to the game to keep players on their toes, Golub said. As a challenge on Friday, eight upperclassmen, called “golden snitches,” could be tagged by players to earn an extra half-elimination.

Wildermuth worked over the course of three years to build the Project X software and introduced a leaderboard that allowed players to see who was winning. Wildermuth’s additions to Project X allowed the participants to keep track of those who had been “killed” between periods.

For Arushi Talwar (9), who placed fourth this year, the highlight of the game was meeting new people. “Even though it’s a silly game and only for a week, it really helps you make friends, especially with the upperclassmen who are helping you win,” Talwar said.

Gibby Thomas (12) placed first with 13.5 kills at the end of the game, 11 targets and five golden snitches. For her, Project X was not only an exciting way to meet new people, but also a distraction from the day-to-day stress of schoolwork, she said.

With eight kills, Sam Sladkus (11) was at the top of the leaderboard throughout all of Tuesday, until she was tagged at the end of the day. Sladkus’ high score was due to five frees and little homework that day, which gave her spare time to track down and tag her targets, she said. Sladkus loved Project X because it was a way to add entertainment and suspense to an otherwise average week, she said.

Teachers as well as students enjoyed the game. “I found the very presence of the spoons made for a good conversation piece between me and my students,” history teacher Peter Reed said.

“I think it has some unification in regards to it being a school-wide, high school wide, event,” computer science teacher Glenda Guerrero said. So overall for me I have not seen it be a disruption.”

For the students who did enjoy the game, part of the fun was coming up with creative ways of getting to their opponents. This year, players hid behind bushes and under benches to surprise their targets, Agarwal said. Other participants chased after students who were not their targets in order to throw off their actual targets, she added.

Overall, one of the most important parts of the game is forming relationships and expanding one’s horizons, Golub said. “Project X is designed to bring together members of the UD community across grades and interests,” he said.