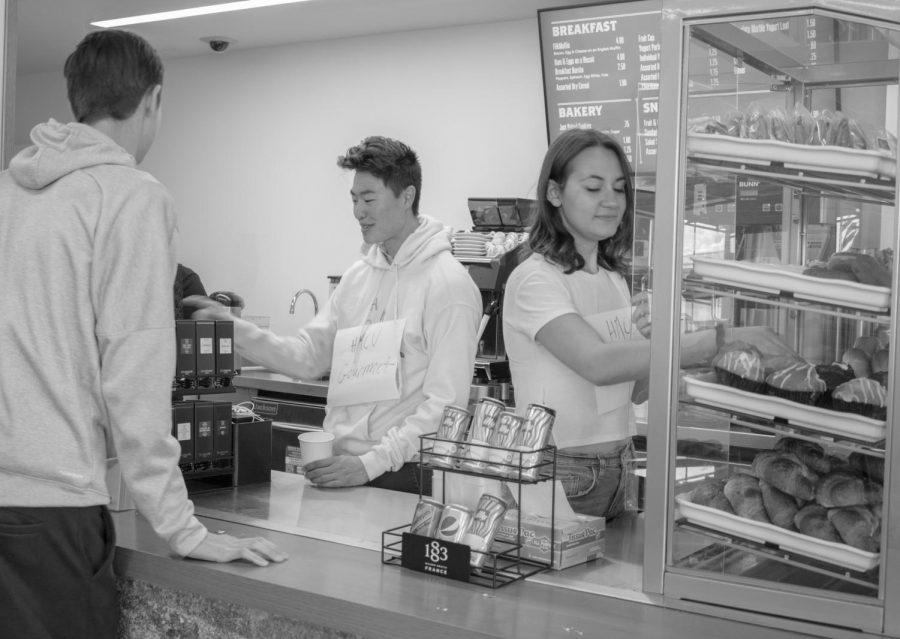 After students tried the delicious yet fairly priced treats from the Horace Mann Chefs United (HMCU) bake sale in the first semester, a movement began to replace the Flik food service with HMCU. After weeks of petitioning, the administration finally gave in. Starting April 8th, HMCU will supply all food for the caf and cafe.

When asked how the new food is, an eighth grader responded saying that they don’t care. “I Uber Eats Moss Cafe every day anyways. I haven’t had anything other than gourmet avocado toast since my last day of fifth grade. I just don’t get the same energy for gym from food from the caf. Coach Russo is counting on me for Q tip hockey. I just can’t sacrifice the nutrients.” When notified that HMCU offers its own version of Avocado toast, calling it sourdough toast points served with mashed avocado and tomato confit, the eighth grader commented “it’s only $35, which doesn’t fit my motto of ‘$40 and above or it gets the shove,’” he said.

The change however has not come without pushback from some members of the community. A representative from GreenHM is devastatingly upset by HMCU serving all foods in small tasting cups. “It’s horrible for the earth. The gym rats are throwing away thousands of tasting cups a day. One chicken breast is served in five of those things! They can have their gainz, but at least use reusable containers. Something must be done about this,” the representative said shaking his head. “The cups aren’t even made of recycled paper.” Even with their anger, no action has been taken yet. GreenHM is still recovering from its straw ban in the caf earlier this winter.

Family Fitness Center residents said that the cups are a little annoying but give them the opportunity to get more of a variety of food in their diet. Rather than just eating 12.235 grilled chicken breasts each for lunch every day, they eat poached lamb leg with pattypan ratatouille. “Since HMCU took over I’ve actually been able to bench 50 more pounds,” A gym rat said.

“So far we have only run into two problems,” Co-Executive Chef Evan Wu (12) said. “We are severely understaffed. We didn’t expect the cafe to ever open, so we’ve been taking ninth graders hostage and forcing them to make at least 12 smoothies before we let them go. It’s how we’re building a future following for the club,” Chef Wu said. Additionally, Chef Wu discussed the decline in sales of omelets. “Chef Hess (12) is just so passionate about explaining the multitude of ways one could cook an egg that he hasn’t had any time to actually cook them,” Chef Wu said.

“We’ll actually be livestreaming a portion of each egg lesson on Chef YJK’s snap-story. Feel free to add him at any time. You’ll learn a lot,” Chef C-Gull said as she served mannuccinos, mannspressos and mannattes in the Cafe.

“We just have to work out the kinks. Minor troubles like these come with food service take-overs like this one,” Chef Wu said.

“Sometimes we call Brenda for help, but she usually hangs up the phone immediately. She’s still very upset. Directly after the take-over, she took off for a year-long sabbatical to Fiji, where I hear she’s hoarding yogurt parfaits on the beach,” Chef C-Gull said.

“The point is, we’re in charge now. And, whether they like it or not, the middle schoolers will just have to try Foie Gras.” Chef Wu said.