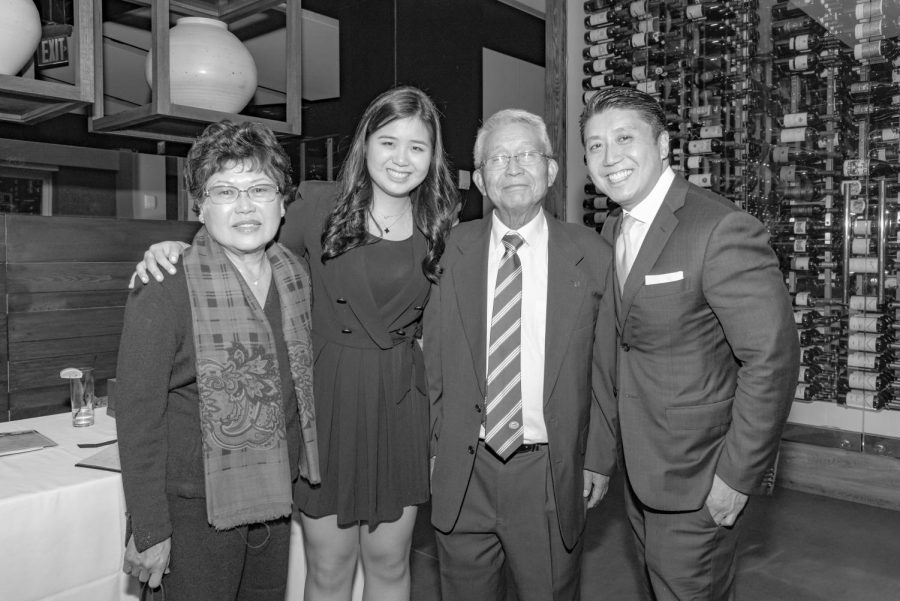 The Bao Sei Foundation, founded by Chloe Kim (11), culminated nearly two years of research and preparation with its launch event to celebrate raising $173,000 to help fund education for North Korean refugees in the US.

The foundation’s mission is to help refugees gain access to the lives that they deserve through an encouraging support system and by funding their education, Chloe said.

The event took place on Monday night at Gaonurri, a restaurant in Koreatown, with hundreds of attendees including Chloe’s friends and family as well as students and faculty from the school.

“Initially, we hoped that the main focus of the event would be to raise funds, but we have already received an overwhelming amount of support through friends and family,” Chloe said. To raise money, Chloe set up a GoFundMe page, a website on which one can create a donation page, so people could donate to the foundation.

Because of the tremendous support, the focus of the event was to celebrate the foundation and articulate the importance of the cause rather than simply fundraising, Chloe said.

Friend and attendee Charlotte Konopko (11) was impressed by Chloe’s work, she said. “People don’t think [high school students] have the ability to have that much of an impact at this age, so it was inspiring to see her use her resources to produce something for the betterment of others,” Konopko said.

“It was so professionally done for a high school student to pull off what adults would find difficult to do,” event attendee and history teacher Dr. Elisa Milkes said.

Joseph Kim, a North Korean refugee, human rights activist, and collaborator with Chloe, spoke about his experience escaping and immigrating to the US at the event.

Joseph brought to light the challenges that refugees face in assimilating into the US, attendee Jack Crovitz (10) said. Crovitz had always known about the dangers of escaping the North Korea but never refugees’ struggles to navigate through a completely new society, he said.

“To know that Chloe is going to help someone else in a similar position [to Joseph’s] is very moving and uplifting,” Milkes said.

Among supporters is Head of School Dr. Tom Kelly. “I can’t imagine a more thoughtful initiative to support than one that involves family and education,” Kelly said. “The fact that the Bao Sei Foundation is also operated by an HMer, Chloe, makes supporting it even easier.”

86 donors have contributed to the cause since the GoFundMe page opened on March 29.

Chloe herself didn’t expect the amount of support she has received, she said. “When I set the goal, I thought that we should set the goal to be 50k, Chloe said. “My dad suggested that we instead [set the goal] to 100k, thinking that there was no way that we were going to reach it, but we were able to reach 100k within two weeks.”

The name “Bao Sei” is an anglicized version of Chloe’s grandfather’s childhood nickname when he lived in North Korea, she said. Due to tensions that broke out, her grandfather relocated to the southern portion with his father and elder brother while his mother and sister stayed back. The foundation’s name is a tribute to Kim’s great-grandmother and great-aunts who remained in North Korea.

“I realized that most of the topics of conversation about North Korea were about the politics of the country, while the human rights were often forgotten,” Chloe said. “Upon this realization, I discovered that I had a desire to give back to the people who are in situations that my grandfather was once in.”

In her research process, Chloe met Joseph and discovered that he only received financial aid to cover academic costs, while his other basic needs such as food, clothing, and shelter were left uncared for.

“It was jarring for me to hear because you think that these people have escaped from one of the most terrible places on earth, and now he is here in America, the so-called land of ‘opportunity,’ and he is eating a packet of ramen a day,” Chloe said.

After Chloe’s relentless hard work and passion, the event was especially gratifying for her father, Jay Kim. “When Chloe confidently took the stage and held the attention of everyone in that room to tell her story, I realized that she’s no longer my baby girl but rather a well prepared, intelligent compassionate young woman who’s ready for what lies ahead,” Jay said.