When the beat drops 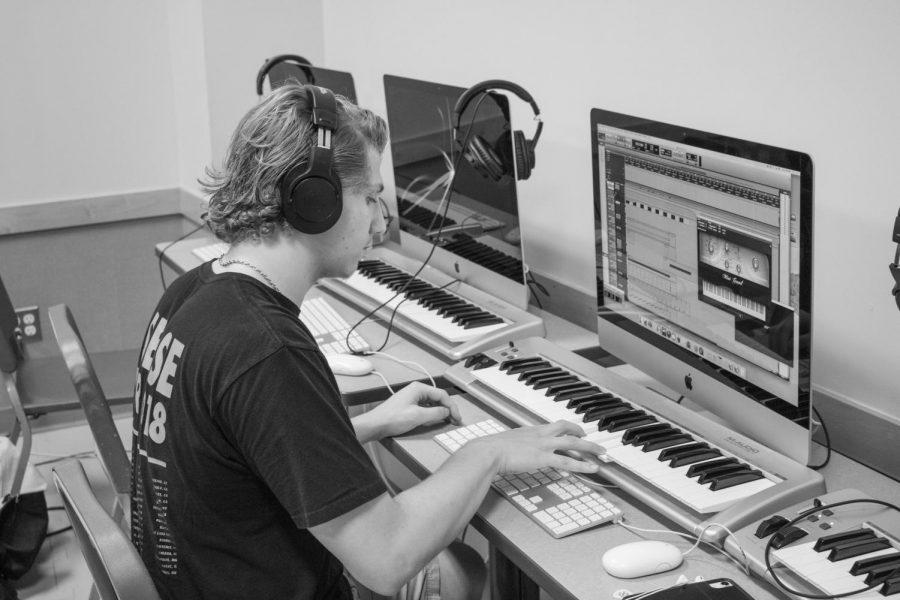 Ever hear a crisp bass drop while walking through the Music Department? It’s probably coming from the recording studio, home to many of the school’s student music artists.

The room is in the basement of Fisher Hall, containing “six workstations, the capacity to record sixteen separate microphones, a piano, drums, and an isolation booth for singers” to help students with their music, music teacher Doug Epstein, who also supervises the recording studio, said.

“It’s like a professional recording studio; the software and hardware are both extremely high end,” Rish Sinha (12) said.

“The HM studio is actually better than many real studios,” Epstein said. “I’ve had live sessions in here with full bands.”

Students are permitted to come into the studio at any point during the day as long as there’s an adult supervisor.

“Back in middle school I was just messing around in the studio and I ended up going back again and again,” Dylan O’Reilly (10) said. A few upperclassmen at the time, including Ethan Matt ‘18, Arjun Swarup ‘18, and Kyle Gaillard ‘19 helped O’Reilly start out, he said.

There are many layers to the production process. “To fully produce a song you have to add a drumline, a melody, and write corresponding lyrics,” Sinha said. “It’s much harder than it may seem,” he said.

“I could work in the studio for a few hours straight without taking a break sometimes.” Despite the steep learning curve, Sinha taught himself how to produce music.

The production process varies from song to song, O’Reilly said. “Sometimes to make a song it could take me a day, and other times it could take me weeks,” he said.
Although music production is often an independent process, there are collaborative efforts.

“I love working with other people.” O’Reilly said. “Once you get out of your comfort zone with another artist, it gets a lot easier to bounce ideas off each other. It’s almost like a friendly competition. We always strive to make each other better.”

Rohan Bhatia (12) has produced five to six songs with a close group of friends, including Sinha, he said. Sinha has posted a few of them on platforms like Apple Music, Spotify, YouTube, and Tidal.

Epstein acts as a safety net for any student producers when they are stuck and need help or have any questions about production.

“I work a lot on my own, but Mr. Epstein has helped out a lot when I have a specific question,” Sinha said.

Epstein is working on expanding the number of opportunities to use the recording studio. While in previous years the studio was essentially exclusive to the Upper Division (UD), this year it has extended into the Middle Division (MD). The school is now offering an eighth grade studio technology course.

Henry Harris (12) is taking the UD advanced studio course, offered for the first time this year. “I’ve been learning a lot of technology through that,” Harris said. “I feel like the class helps me get a grip on what I’m doing.”

Epstein has been running studio classes for the past eight years, he said. “Some feedback I’ve gotten from graduates who went through the program is that the ability to think technically and aesthetically using both your left and your right brains at the exact same time is very empowering.”

The usage of technology in the course also allows one to focus more mentally on the music as opposed to having to put in physical effort as violinists do, he said.

“For me, producing music has always been a lingering aspiration and suddenly when I got the opportunity to pursue it, it became a creative outlet,” Sinha said.

“I have always been interested in music and music is a good way to express yourself.”

“All in all, the school is really helpful in facilitating this form of student expression and we are really lucky to be in that position,” Bhatia said. 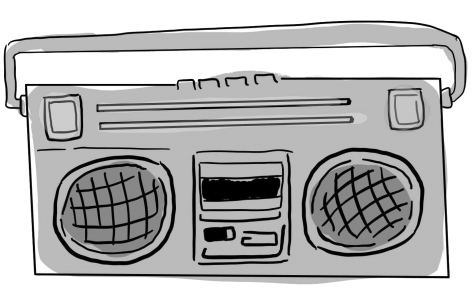