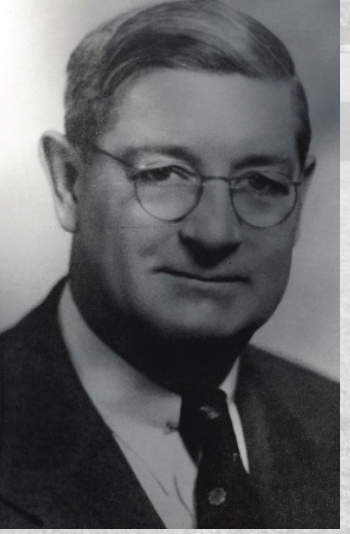 At the Testimonial Dinner at the Waldorf Astoria honoring Dr. Charles C. Tillinghast’s career as Headmaster of the school, the evening program began with words from William Shakespeare’s “Julius Caesar” to describe Tillinghast’s character: “His life was gentle, and the elements / So mix’d in him that Nature might stand up / And say to all the world, ‘This was a man.’”

Now, students and faculty walk around Tillinghast Hall every day of the school week, passing the life-sized portrait of Tillinghast in front of the main staircase on the first floor. Referencing the building, students say Tillinghast’s name almost daily, yet most people have no idea who he was.

“It is important for kids to know the history of their school,” Chair of the Library Department Caroline Bartels said. Coming into the Upper School after the sexual abuse scandal, most students are only familiar with that portion of the school’s past. “There is all of this really great history that exists out there that gets overshadowed by that chunk of 30 years.”

Amory Tillinghast-Raby ‘17, a direct descendent of Tillinghast, knows little about Tillinghast’s life, he wrote in an email. Other than when students asked him if the two were related, Tillinghast had no tangible impact on Tillinghast-Raby during his time at the school. “That does not mean his contributions to the school were insignificant or not worthy of study,” he wrote. “I am simply no more qualified than any other HM graduate to comment on his contemporary relevance.”

Dr. Charles C. Tillinghast was a man whose warmth and sincerity made people feel like they belonged in the school community, according to an editorial in Volume XLIII Issue 13 of The Record following Tilinghast’s retirement. By the time he left after the 63rd anniversary of the school, his 30-year tenure as Headmaster had accounted for nearly half of the school’s history. “The school, with his help, has advanced to the foreground among educational institutions all over the nation. The story of HM is his story, and he can justly be proud of the success it has achieved,” the editorial stated.

Tillinghast was born in Rhode Island; he graduated from Brown University in 1906 and later received his Masters of Arts (MA) from Columbia University. Before becoming Headmaster of the school in 1920, Tillinghast had already been a principal at two other day schools. He retired from the school in 1950 due to health reasons and died in 1962 at age 77.

Under Tillinghast’s leadership, the school’s facilities changed, the curriculum expanded, and publications as well as extracurricular activities flourished, according to the book “The First Hundred Years” by English teacher Harry Bauld and co-author Jerome Kissinger. Tillinghast’s term “put the school on the academic map,” it said. His leadership was a “time of maturation which saw a solidifying of both the program and the community of faculty, parents, and alumni.”

Tillinghast was a personal figure to both students and faculty as well. According to “The First Hundred Years,” he would create flashcards of every student’s name and face in the school and know their names by the second week of classes. From 1920 to 1947, while Tillinghast was headmaster, faculty members worked at the school for an average duration of 17 years.

For the school’s 75th anniversary in 1962, alumni gave a scroll in memory of Tillinghast’s tenure at the school, thanking him for not only preserving the school but also for increasing its prestige under his leadership. The scroll noted that his wit, humanity, understanding, high principles, and eloquence shaped not only the school but also generations of students who passed through.

In terms of education, Tillinghast’s conservative views led to the school’s rise in rank amongst other independent day schools, “The First Hundred Years” wrote. Tillinghast emphasized classics, the science program, and discipline instead of the new “child-centered” progressive approach of nearby schools which focused more on the students’ experience, critical thinking, and experimentation rather than simply learning facts. Tillinghast believed that progressive education styles simply extended kindergarten to higher grade levels.

Tillinghast ran the school with simple and few rules, “The First Hundred Years” said. While he was Headmaster, fewer than five boys were asked to leave the school. Each year at the opening assembly, Tillinghast would say “A Horace Mann boy is a young gentleman.” Tillinghast looked beyond the actions of students and take into account students’ personal circumstances when deciding how to handle rule breaking.
Tillinghast expanded the language programs by offering more languages, such as Spanish, and created new courses in both music and science, Bauld wrote. In addition, Tillinghast was praised throughout the school for being able to substitute a teacher and cover any class, be it German, history, physics, or English.
In the Mannikin published in the year of his retirement, Tillinghast wrote a short autobiography of his life that offered advice to graduating seniors. “The abiding things in life are not such as can be purchased with material goods,” he wrote. “Self-respect, social consciousness, friendship, and determination to carry one’s share of the burden of life are much more worthwhile than money.”

That same year, the senior class dedicated the yearbook to him. “We may only wish that during our lives we may accomplish so much for the benefit of so many,” the Mannikin said, referring to the legacy of Tillinghast.

Following his death, Volume LV Issue 25 of The Record published another editorial about his life at the school. “Dr. Tillinghast …formed and molded the character of an entire generation of students, in the process creating a great school, and influencing the students who came and will come to Horace Mann after he left more perhaps than they shall ever know,” the article wrote.