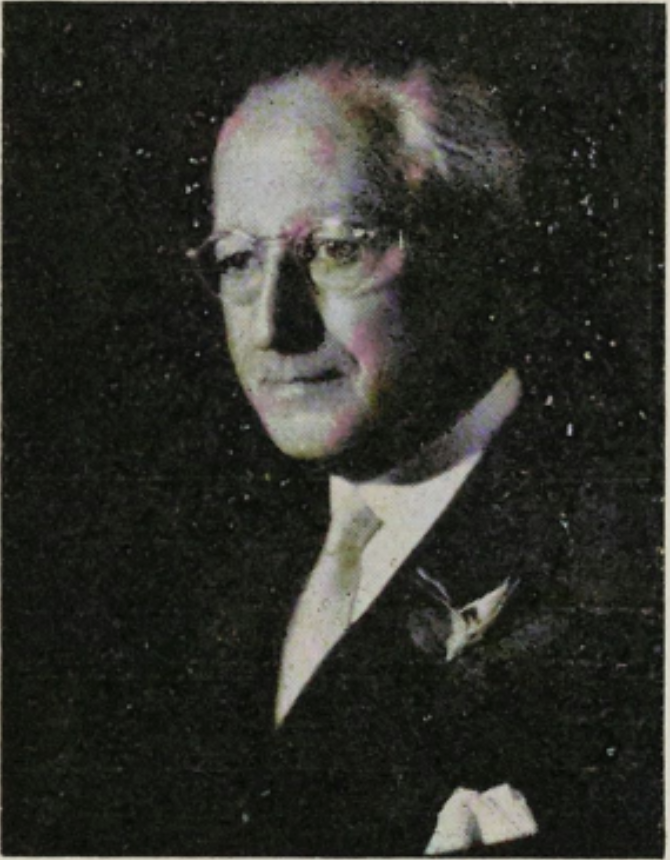 In 1954, during a campaign to raise $450,000 for the construction of Pforzheimer Hall, Head of the Board of Trustees Carl H. Pforzheimer had already pledged to donate $25,000 before giving a speech that called upon collective effort from the community in order to fund the building. The school, he said, could no longer rely on the support of a few old friends, whose wealth was gradually thinning. Volume XLVIII Issue 9 of The Record stated that it was the parents’ duty to help, and Pforzheimer promised he would personally donate an extra $20,000 if the goal was met, the article wrote.

Pforzheimer was one of the school’s greatest benefactors, who over the course of 40 years donated a previous library, a swimming pool, and served as Chairman of The Board of Trustees from 1931 to 1956. Pforzheimer Hall was dedicated to the man himself for his service to the school.
Pforzheimer was also honored with a scroll for his support and an honorary Maroon Key at an assembly in 1957 announcing the dedication.

Chair of the Library Department Caroline Bartels believes it “helps to know your history to be able to talk about things that other people don’t think of other than just a pressure cooker. [The school] has been a place of philanthropy.”

“We have much to thank and celebrate today because of the Pforzheimer’s legacy,” Head of School Dr. Tom Kelly wrote in an email. “In so many entrepreneurial and awe inspiring ways, this particular family worked diligently to set in motion so much of what has been possible.”

Born in New York, Pforzheimer attended City College and became a clerk on Wall Street, earning $4 a week, a 1957 article in the New York Times wrote in his memory. At the age of 23, he started his own company, Carl H. Pforzheimer and Co., trading oil-company shares at a time when petroleum was not popular on Wall Street. Pforzheimer was an original member of what is now the American Stock Exchange.

At the school, Pforzheimer was treasurer of the Endowment Fund, and his management was so effective that the fund yielded a maximum return even during the Great Depression, a 1936 Record article indicated.

Pforzheimer owned the first Bible printed in the United States as well as rare editions of Shakespeare and Dickens.

At Pforzheimer’s memorial service, rabbi of Temple Emanu-El Dr. Nathan Perilman, Pforzheimer’s rabbi, honored Pforzheimer’s love of his work, great interest in books, involvement in the affairs of the school, and life as a family man, a 1957 article in Volume L, Issue 25 of The Record wrote. “While many men of great material wealth tend to forsake their family life, Mr. Pforzheimer never forgot his obligations to his family. He was a loving father and grandfather,” Perilman said in the eulogy. In regards to the school, “He viewed the students not only as a group, but also, somehow, as individuals.”