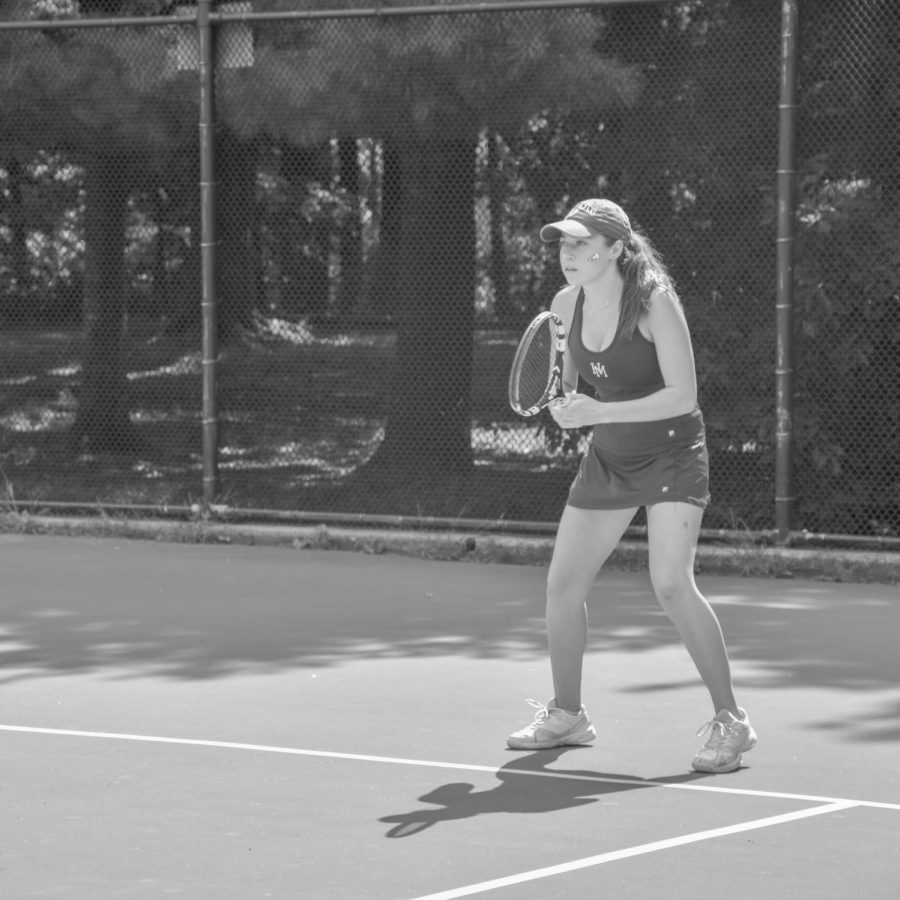 After a 7-6 season, the Girls’ Varsity Tennis team continues to practice for the upcoming Mayor’s Cup tournament.
The Mayor’s Cup brings together public, private, and Catholic schools in the New York City area. In order to be invited, Ivy Preparatory League schools need to place first or second in the Ivy League.
With so many schools participating, the Mayor’s cup consists of three rounds; the quarterfinals, semifinals, and finals. This year, the event is being held indoors at the Cary Leeds Center in the Bronx and the team’s quarterfinal match is against Brooklyn Tech on Wednesday, November 6th.
Throughout the season, the team has overcome many challenges and will continue to do so in preparing for the Mayor’s Cup.
One major challenge is adjusting to new courts. While having to play indoors instead of outdoors might present a difficulty to the players, it shouldn’t be much of a problem, Varsity Tennis Head Coach Rawlins Troop said.
Post-season practices differ slightly from regular practices, Troop said. “We have been doing more drills instead of just rallying” Sabrina Freidus (11) said. “Postseason practice really consists of hitting and keeping in a tennis rhythm,” Troop said.
“The doubles teams have been focusing on drills to improve our net game,” Bella Colacino (10) said. Overall, the practices have been focusing on some of [the team’s] weaknesses they noticed during the season, to improve them for our postseason matches, Captain Isha Agarwal (12) said.
During the regular season, Troop saw a lot of improvement from the team. The players who may have not gotten to start, but were cheering on their fellow teammates, were a key factor in the team’s success, Troop said.
However, the team has adjusted to play on different courts in the past. A change in practice venue at the beginning of the season from the school’s courts to Van Cortlandt Park and TCR, an indoor tennis facility in Riverdale, disrupted the team’s practices, Agarwal said.
“One of the things that slowed us down was that we started tryouts at school, but then the courts were closed down to get resurfaced,” Troop said. The team “struggled a little at the beginning of the season with the lineup, as we had lost some integral players last year,” Agarwal said.
Postseason practices also posed another challenge as the team needs to adapt to a new style of practices.
Once the team started playing consistently at the school’s courts there was a big difference in the success of the team and Troop doesn’t believe that their record well reflects the team’s ability, he said.
As the season progressed, the team grew closer, helping them succeed in their matches. “As the season went on, the team bonded, which I think really contributed to our success,” Colacino said.
“I was so proud of them because, by the time that [Ivy Leagues] hit, we did really well,” Troop said. “There was a new energy on the team,” Agarwal said.
Despite their previous losses, Coach Troop remains optimistic about the outcome of the Mayor’s Cup, which began on Wednesday.
The team beat Brooklyn Tech 5-0 and will now compete in their semifinals against the Beacon School this Sunday.
“I think our team has improved a lot since the beginning, so I hope we can end the season with a strong finish in the finals,” Colacino said.