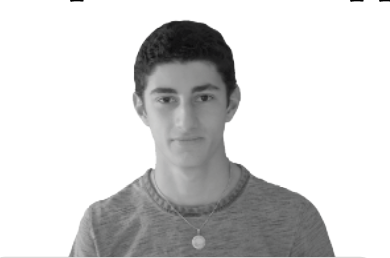 In my years at Horace Mann, I always thought that the way we approach conflict was productive Whether it be in the classroom or in our extracurriculars, we look at facts, analyze them, and come to a clear, indisputable conclusion. We tackle logic and statistics and reasoning, but in doing so, we lose the human experience. If I learned anything at Seeds of Peace, it was that the solution is to talk. I don’t mean talking to convince the other side. We need to create a space for dialogue. Full disclosure: I know this is a difficult task, and it is often easier to just argue. But debate often distracts us from any sense of responsibility.
This summer, I attended Seeds of Peace Camp. I slept in a cabin with 30 other boys and many critters. At Seeds of Peace, many students from areas of conflict came to camp to hear the other side of the story, build empathy, and learn how to make change. Meanwhile, others didn’t. Some students from suppressed nations were there to convince and spread the “truth.” Others hoped to cause pain and increase hate. So, when Egyptians, Israelis, Palestinians, and Jordanians were forced to play soccer, volleyball, or act together, it was really difficult. For a few hours a day, we came together for ‘dialogue’ to discuss the Israel-Palestine conflict. Every day, I would hear stories of shootings and bombings and checkpoints and what it feels like to live in fear. For the first few days, we just fought. Each side screamed at the other for what felt like an eternity, and neither heard what the other was saying. Each side shared personal anecdotes and threw out statements like ‘the Israeli Defense Force (IDF) is a terrorist army.’ In another dialogue group, a Palestinian ‘Seed’ said that Jews deserved the holocaust because of what they have done to his people.
The problem was a lack of trust. Each side thought the other was lying to to push an agenda. Each believed that the other side was being fed propaganda. Neither side could be convinced of facts or figures or arguments. And so we went on, each person with their own itinerary and version of history, and many hoping to convince the other side. We would sometimes split up in our dialogue sessions to smaller groups, one Hebrew and one Arabic speaking. This was mostly because of the language barrier, which made it difficult for some people to express their views in English. As an American, I had to choose which group to sit in on and watch. And whatever choice I made, it was like a victory or a defeat for the Israelis or the Arabs. I was an American pawn that had to be convinced.
One day, a Palestinean spent an hour sharing a story of his best friend being shot and killed by an Israeli. Everyone else sat still and silent as he struggled to get the words out, tears falling down his face. As I looked around, even the eyes of Israelis were swelled and glossed. We were moved because he expressed something human. He didn’t argue. The Palestinian simply explained what had happened to him and said how he felt about it.
In dialogue, we could argue about facts and logic, but we were never going to agree. Without fact-checkers, nobody was going to believe what the other groups were saying. Israelis would never believe that their army was a terrorist army like the Palestinians said it was. But we had to believe the story. We couldn’t argue with an experience. I couldn’t tell the Palestinian that he didn’t feel the way he felt.
From then on, we spoke from our experiences, or at we least tried to. The dialogue wasn’t about trying to convince others or get a point across. We spoke to share where our viewpoints stemmed from and understand why others felt differently. At the end of the day, I didn’t care about people’s specific beliefs. What was infinitely more interesting was why they believed what they did: the influences and hardships in their homes that generated such exasperation. From that standpoint, it was easier to find common ground and empathize with others.
In our lives at school, I urge us to try to create a space for open dialogue. Let’s listen to understand the speaker’s point of view rather than to respond. Let’s sit in the complexity of hearing a conflicting point of view and just letting it sink in. Let’s ask curious questions, not leading ones. I’m not saying that we should try to build peace or come to any sort of compromise. Instead, to understand the other side, we have to share our experiences, listen without passing judgment, and try our best to have a dialogue.