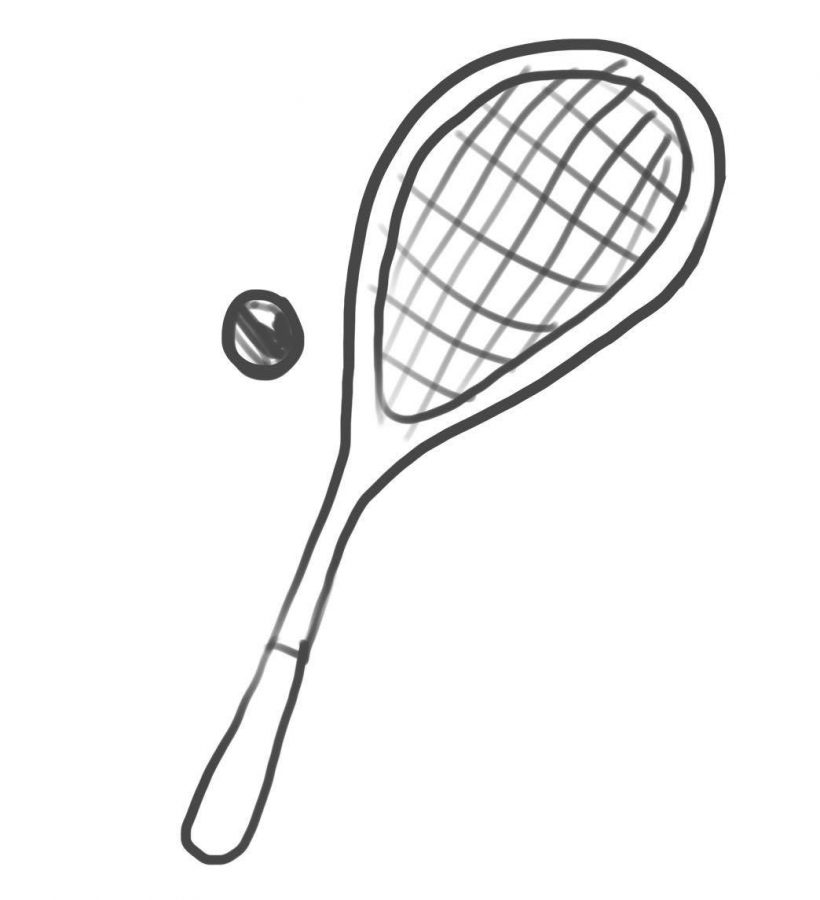 The Boys Varsity Squash team is already proving that it is everything it was last year and more after winning their first match on Wednesday by a score of 7-0 against Friends Academy.
After a successful season last year and placing second in the NYSAIS championship, the team is back and looks to build on the successes of its past season, Sen Subramanium (10) said.
“We’ve been preparing for this season for the last couple of years,” Boys Varsity Squash Head Coach Ronnie Beller said.
The player rankings of people on the team have increased collectively over the past few seasons, Samuel Chiang (11) said.
“We are ready to go and compete amongst the best of the best,” Beller said.
To prepare for the upcoming games, the team has been playing several challenge matches to ultimately determine the official lineup for the season, Chiang said.
This year, the team’s preparation so far has included a visit from Aditi Gugnani Malhotra, team member Kush Malhotra’s (11) mother, who instructed the team in yoga and other therapeutic exercises, Chiang said.
Being exposed to the yoga exercises taught the team the importance of stretching both before matches and on a daily basis, Chiang said.
“I’m looking forward to hopefully winning the championship, coming off of a really good season last year,” Subramanium said.
Though eight of the ten players are returners, this year’s team also features two new players in Will Bramwell (9) and Marcus Lee (9), Chiang said.
“Marcus looks really good and can play an important middle role in the starting lineup,” Daanyal Agboatwalla (11) said. “He has a lot of potential because he is really young, and usually freshman do not start on the team,” he said.
“Marcus has a big role since he is starting as a freshman,” Chiang said. “They’re both very talented and we’re excited to welcome them to the team,” he said.
In Wednesday’s win Daanyal Agboatwalla stepped up big time under pressure, Subramanium said.
For both freshman winning their first matches was also important because it acclimated them to a winning mentality, Subramanium said.
“It felt good to play another school for the first time,” Lee (9) said. “All of my teammates were really welcoming to me, and it already feels like a family,” he said.
One notable moment from Wednesday’s victory involved the entire team rallying around Subramanium’s match, the last match in progress.
“It made me realize that the team had my back, knowing that they were cheering me on, supporting me, and even coaching me in between games,” Subramanium said.
The team has set clear goals that they hope to accomplish, ranging from successes on the court to increasing team chemistry off the court, Beller said.
“Our goal for this year is to get better and better each day and control our approach,” Beller said. “We scheduled a tougher out of conference schedule this year because we have a strong team coming back and we want to challenge ourselves,” he said.
The high school junior Nationals tournament held in February in Hartford, Connecticut is an important competition that many players are training hard to compete in. “We have a good enough team to win it all, and it is also a great place for team bonding,” Malhotra said.
Other than competing, many players are looking to continue to build strong relationships with their teammates, a tradition last year’s captains, Ryan Hoang and Connor Morris inspired. Many players hope to encourage this bond through team meets and practices.
Though team dynamics changed from last year, the team is still looking to work through the season collectively. “We have a very deep team,” Beller said. “The strength in this team is not in one individual, it’s in the sum of all of our parts,” he said.