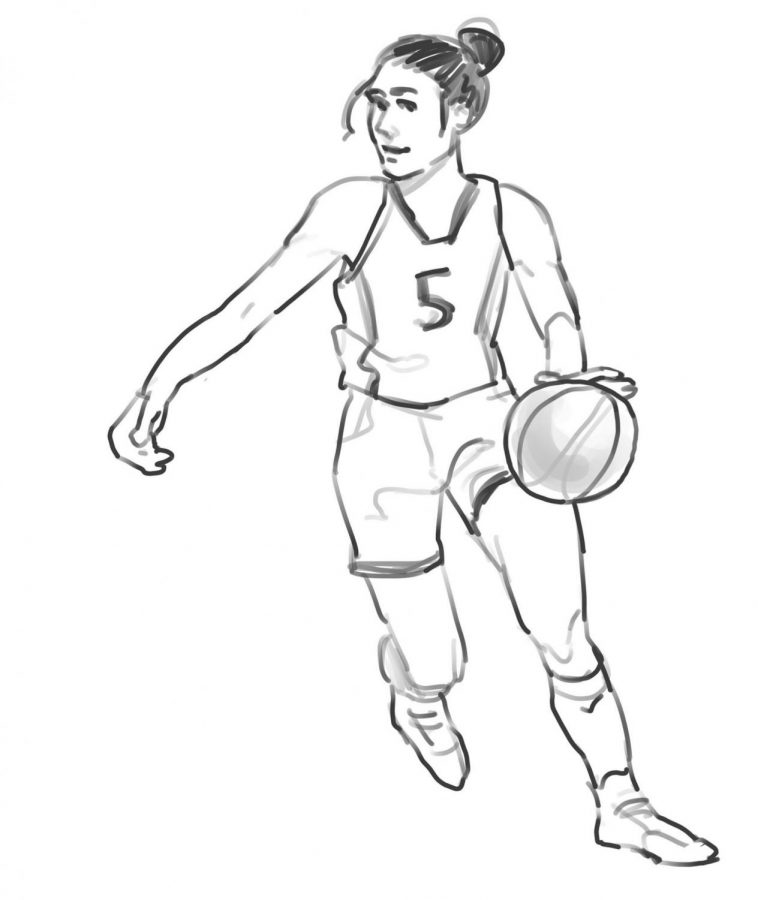 “If you cannot see it, you cannot be it.” Associate Director of Admissions and Executive Director Summer on the Hill Markell Parker kept that mantra in mind when he asked Head of WNBA league operations and former WNBA player Bethany Donaphin ‘98 and NBA G League President Shareef Abdur-Rahim to conduct a panel at the school for Summer on the Hill students.
Parker, who was able to connect with Donaphin through Director of Admissions Jason Caldwell ‘97, asked the students to prepare questions for the two guests. The first couple of questions were about casual topics, such as Donaphin’s and Abdur-Rahim’s favorite movies, foods, colors, and songs.
However, the pair was also asked about the struggles they faced in elementary and middle school, which included bullying in addition to misogynic comments in Dolphin’s case. “The questions they asked required a lot of introspection that is relevant whether you’re working in sports or any other industry,” Donaphin said.
The discussion was opened up to audience questions after about an hour of prepared questions. The students asked Donaphin and Abdur-Rahmin about how they integrated themselves into the sports industry, and other jobs they would consider taking in other fields.
Donaphin, who worked with Abdur-Rahim in NBA league operations for a couple of years before switching over to the WNBA side, wanted to show the younger audience the job opportunities that they could pursue in the sports industry. “One of the things I love about this job is how much the WNBA stands for empowering young women and girls, and you don’t have to play basketball to be inspired by it,” she said.
The audience ranged from third to eighth graders who spend their Saturdays at the school taking science, math, and language arts classes as part of Summer on the Hill. The program’s mission is to “enrich the education of promising, low-income public school students from The Bronx, Washington Heights, and Harlem,” according to their website.
Parker aspires for Summer on the Hill’s curriculum in its entirety to be an “uncommon education—one they could not get in private or public schools,” he wrote. In addition to bringing in Abdul-Rahim and Donaphin to speak about their careers, he is working on similar events with professionals in the music business and local business owners. “While HM students have dozens of positive role models at their fingertips, they are harder to come by for students from low-income backgrounds and NYC public schools,” he said.
For Donaphin, playing basketball helped her develop a sense of self and taught her about discipline, especially as a member of a team working towards a shared goal, she said. Being an athlete can help boost confidence and a high percentage of women executives in Fortune 500 companies have played sports at some point in their life, she said.
“Any time I have an opportunity to get in front of a group of young people, especially girls, I feel like it’s a privilege and part of my responsibility to share my experiences—both my successes and challenges—with them so they understand what’s possible,” Donaphin said.
From the beginning of her career on the Girls Varsity Basketball team, Donaphin took on a level of responsibility as one of the more dominant players on the court, Director of Athletics Robert Annunziata said. Although Donaphin spent the majority of her childhood as a dancer, she was able to develop her basketball skills on the team relatively quickly.
“That’s not very common at all, especially [for] someone who didn’t have a mindset of basketball early on,” Annunziata said. “To be able to use her abilities to have a very good high school career [and] a very good college career and then be able to move on is obviously a testament to her work ethic.”