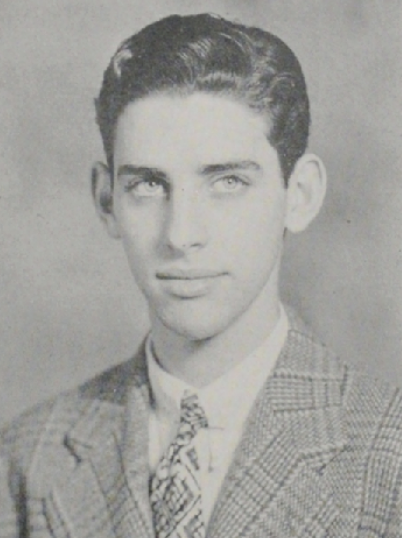 On Sunday, January 19th, Frederic S. Berman ’44 passed away at the age of 92. He was a valued member of the school community both as a student and alumnus, and he had many accomplishments in New York as a commissioner, judge, and state legislator.
During his time at the school, Berman was deeply involved in academics, extracurriculars, and sports. He served two years as the vice president of his class, and upon graduation, he was inducted into the Archon society, the school’s highest award recognizing leadership and contributions in extracurriculars. Berman was a sports editor for The Record and played on the basketball and baseball teams at the school. “Somewhere I got the idea that I was going to be a professional baseball player. I was doubly sure when I played on Varsity at Horace Mann,” Berman said in a 1965 New York Times interview. “But when I got to Columbia, I discovered the curveball. I couldn’t hit the curveball. I couldn’t begin to hit the curveball. I sat on the bench and began to dream of other things.”
After realizing he would not be a professional baseball player, Berman earned his bachelor’s degree from Columbia College in 1949 and a law degree from New York Law School (NYLS). He practiced as an attorney at the law firm Berman & Berman for about a decade before devoting his life to public service. Berman was elected to the New York State Senate in 1964. The New York Times did not endorse Berman during that election, prompting Arthur Aronson, a NYC judge, to write in a letter to the editor: “You have overlooked the entire question of ethics in the State Legislature. Frederic Berman has subscribed fully to the contents of the original ethics code.”
Berman was later appointed as Rent and Housing Commissioner for New York City in 1966 by Mayor John Lindsay, a role in which he helped pass the monumental 1969 Rent Stabilization Law, which helped protect tenants who were no longer receiving assistance from rent control.
“His work to protect over one million tenants in rent-controlled apartments in the ‘60s continues to serve everyone well today,” Head of School Dr. Tom Kelly wrote in an email. “Rarely does any institution have the privilege of being a part of someone’s life who is as well respected and honorable as Frederic Berman.”
In 1973, Berman was appointed as a Criminal Court judge and later served on the State Supreme Court for over two decades. He was continually reappointed, lasting through four mayors all with different political standings. In addition to presiding over thousands of criminal and civil cases and hundreds of felony jury trials, Berman used his power as a judge to perform dozens of Valentine’s day weddings on top of the Empire State Building.
While working as a judge, Berman also held a position as an adjunct professor at NYLS. From 1958 to 2003, he taught courses on criminal law, personal property, municipal law, and post-conviction remedies and procedures. In 2006, he was given the title of Adjunct Professor Emeritus “in recognition of his tremendous contributions to the School,” according to the NYLS website.
Throughout his career, Berman stayed involved in the school community. In 1957, he became the head of the Alumni Association, serving a large role in running events and fundraising. He also came to the school on numerous occasions to discuss his law career. In 1994, he co-organized his class’s 50th high school reunion. In a 2005 interview with the Horace Mann Magazine, Berman reflected upon the impact the school had on him: “We were taught to question, to debate, but to have respect for one another and for our teachers even as we were asking questions. That helped us develop a sense of ourselves, of intellectual curiosity, and it made for strong friends. We were given this wonderful sense of confidence, and that is a gift that has served me all my life.” 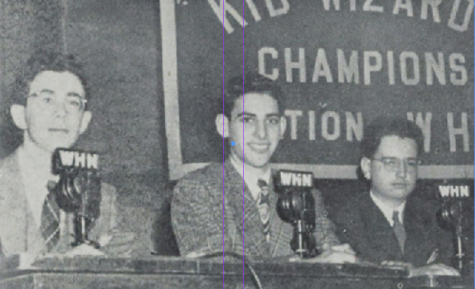