Student Written One Acts: Rap as a release in ‘Teens of Denial’ 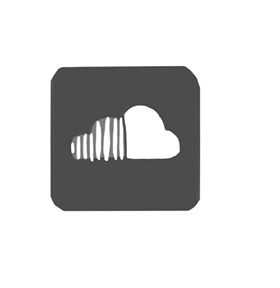 Every year, the school hosts a show of multiple one act plays that illustrate a variety of different things. This year, the One Acts features a play written by Eliza Bender (12) called “Teens of Denial,” starring Spencer Kahn, Ishaan Kannan, and Bailey Hecht.
Teens of Denial is about a high school student named Jeff, who considers himself to be a hypebeast, someone who follows the latest trends in fashion and adjusts their look in order to reflect those trends. He desires to become a rapper on SoundCloud, yet he is not very good at rapping, nor is he very smart. While attempting everything he can to succeed in his rapping career, he encounters two kids, Parker and Genevieve, who believe they are intellectuals. Through a chain of events, the kids help him with his rap beats and lyrics.
“On the surface, it’s a play about music, but looking deeper, it’s a play about authenticity, and how much we value what others think of us,” assistant director Jacob Dylan Chin (12) said.
The play features many high energy scenes in its ridiculous nature, Vanhentenryck said. “The play is always making fun of itself, and making fun of its generation.” The play additionally illustrates a very laid back vibe, in which jokes are constantly made, Vanhentenryck said.
“A lot of the characters in the show are very stereotypical, but on purpose, and a lot of comedy comes from that,” said Ishaan Kannan (12), who plays Parker.
“Jeff is a stereotypical hypebeast; he’s very into hypebeast culture, supreme clothes, and Soundcloud,” said Spencer Kahn (12), who plays Jeff. “That’s what this show is: a time capsule of 2018 and he’s a product of his time.”
According to Kannan, “Parker is a music nerd, but he also has a big superiority complex about it at first, and the starting point for his growth is when he meets Jeff, who’s a hypebeast and a really bad rapper.”
Meanwhile, Bailey Hecht (9), who plays Genevieve, has found this role very different than many of her previous roles. “In other productions I’ve been cast as the comic relief; typically the characters that I play are overtly funny like a Disney Channel show, smiling and looking at the audience while waiting for a laugh,” she said. “However, this time my character is inadvertently funny. It’s a different sense of humor.”
All of the raps in the play were written by Bender. “When I get really stressed, one of the things that I’ll do is freestyle rap to myself,” Bender said. “Most of the raps from this play were ones I came up with in 20 minutes.”
The play deals with some controversial topics, such as the appropriation of rap culture by the white community. In order to make sure the actors properly understood the history of rap music, Mr. Brooks gave the cast a workshop about the culture of rap.
“We did bring up several topics that are hinted at/referenced in the play; among them was the use of the N-word and the tacit understanding of who can use it and who cannot and to whom it may refer,” Brooks said. “Additionally, we discussed the inherent misogyny in many rap lyrics and how many people in the arts form despair at its prevalence.”
“There’s a lot of elements of Jeff’s character where, in the parody of the hypebeast culture, he just misses the emotional connection to rap,” Kahn said. “He doesn’t understand a lot of the history behind it, so a lot of what you hear in the show is someone with a very surface-level understanding of rap which makes it very entertaining but also possibly problematic.”
“In the play Jeff, or J-Boy is a dilettante, and not worthy of the title “rapper” in the play,” Brooks said. “He’s a sort of clown character that is using and is used by those who like to identify with the rap community for their own personal gain or a feather in their cap of identity.
Bender was conscious of the history of rap while writing the play, but it was not her top priority, which was to make the play enjoyable and humorous. “I know a lot about the history of rap, but I didn’t really think about it while I was writing this play because it’s not all about indie music versus rap; it’s about teen culture and fads,” Bender said.
The play also centers around a knowledge of Music Theory and musical terminology, which were difficult for the cast to understand at first. “A whole plot point is centered around one rap which has a parallel perfect interval, and I didn’t know what any of those words meant in a musical context,” Chin said.
“I really enjoy the friendships I’ve made and the fun times we’ve shared,” Hecht said. “It was great to act alongside and be directed by the more experienced upperclassmen, and it’s been a great experience being a part of the HMTC.”