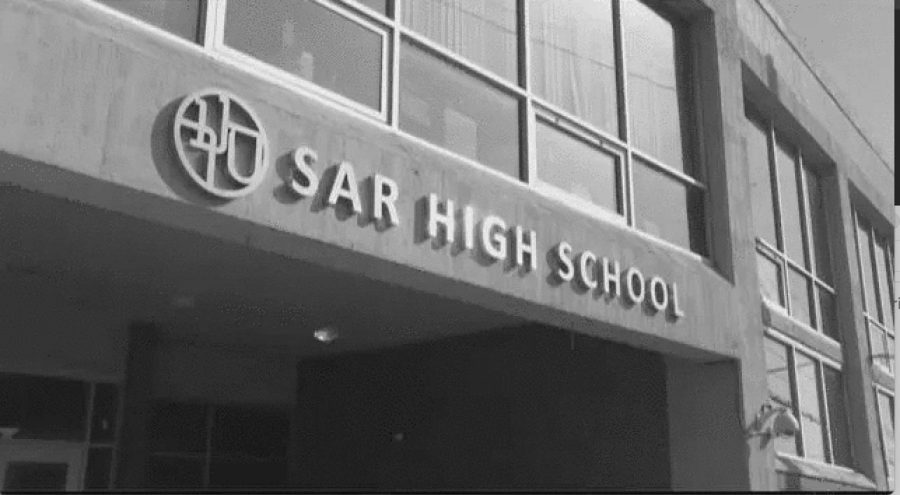 Head of School Dr. Tom Kelly has stayed in close communication with the school’s community as New York confirmed its first outbreaks of the novel coronavirus, writing six emails over the course of four days to share that the school has cancelled all after school events from Thursday through Spring Break, including all Middle Division (MD) and Upper Division (UD) programs involving air travel and all Nursery Division trips.
Specifically, the MD and UD orchestra concerts, formerly scheduled for Thursday night, were postponed indefinitely, and weekend programming such as the Saturday Morning Tutoring Program and the MD Mentor Booster Training Session were suspended.
Kelly also stated in one of the emails that the administration has reached out to faculty and staff to ensure that no one has been in contact with the Salanter Akiba Riverdale (SAR) community, which temporarily closed after a student’s father tested positive as the city’s second case. Later, the student, her mother, and her brother tested positive for the virus.
As of Wednesday, one MD teacher—unaffiliated with SAR but whose spouse had traveled to a potentially dangerous area of the country—had been sent home to self-quarantine, though this action was taken only out of “an abundance of caution,” Kelly wrote.
The aforementioned UD programs included the annual college trip and trip for boys tennis to California, and trips for boys lacrosse, girls lacrosse, baseball, softball, and golf, all of which were headed to Orlando, Florida.
Alexis Fry (11), who signed up for the college tour, was greatly disappointed by its cancellation, she said. “Not only would I get to go to California with my friends and have fun, but I’d get to see a variety of schools I probably wouldn’t see on my own.” Nevertheless, Fry believes in “better safe than sorry” about the coronavirus.
Although the news may have been disappointing, the students who signed up for the college tour have now been notified that the College Counseling Office will be offering a series of day trips to colleges during the first week of Spring Break, which will be open to all juniors, not just those originally traveling to California.
The spread of the virus has also led some families, such as Rhea Patel’s (10), to cancel travel plans that were unaffiliated with the school. Patel and her family had been planning on traveling to Japan over the break, which would have been the first time Patel and her sister stepped foot in an Asian country and would have allowed Patel to put her knowledge from Japanese class to the test, she said.
However, as of last Wednesday, Patel’s family had cancelled all bookings. “[Originally,] most of the cases in Japan were concentrated on a cruise ship, so we thought it’d be okay,” she said. “Then, we started reading more news articles, and it started spreading, and we decided we just didn’t want to take the risk.” Patel and her family briefly debated traveling to Florida instead of Japan, but ultimately will not travel to stay safe.
As the virus continues to spread, the school has taken a few other measures to upkeep the health of the student body. Kelly has asked that students refrain from shaking hands, touching their faces frequently, and congregating in Cohen Dining Commons; instead, a greater number of “grab and go” items are now available to take elsewhere on campus. “While all of our physical spaces are deep-cleaned nightly, current best practices suggest that we minimize large gatherings when and where possible,” Kelly said.
Though the possibility of an extended spring break is still up in the air, were it necessary, the school “would do [its] best to keep the instructional ball in play by using PowerSchoolLearning.” The online experience would vary greatly from teacher to teacher depending on the teacher’s comfort level regarding technology, but no matter what, the lessons will have been approved by grade level leaders and department chairs. One possible method for having class online is Google Meet, a video conferencing app. Teachers had an optional I period training for the program on Thursday.
Although AJ Walker (10) agrees that the coronavirus is upsetting, he thinks that there is no reason to put learning on hold. Lest numerous students are suffering from the virus or show related symptoms, closing school would be extreme, Walker said. “It would create panic among students and could elevate the issue to negatively affect students.”
Horace Mann is not the only school taking precautions as a result of the virus’ multiple outbreaks. On Tuesday, Dalton had a half day so that their teachers could discuss how to best prepare for the coronavirus.
Riverdale Country Day School has also cancelled all school-sponsored spring break trips and established “virtual classrooms” for classes on their website; if school does close, a student will be able to click on a certain period on their online schedule and a phone number will appear for video chat. As of now, Riverdale has rescheduled exams intended for this coming week, but has not yet made any statements concerning a lengthened break.
Going forward, Horace Mann will “err on the side of caution when making decisions,” Kelly said. For now, he said, “Take care of each other and your teachers. If someone isn’t feeling well, encourage them to see the nurse and ultimately go home.”