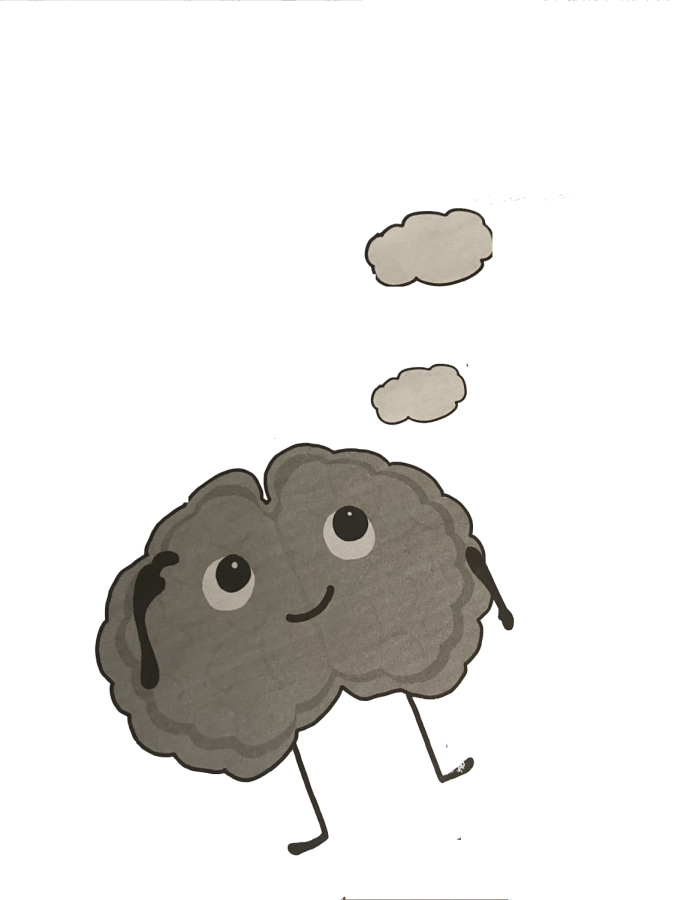 Alex Rosenblatt is attempting to create as “comprehensive of a picture as we can through these typology systems of the human mind and human personality” in his Science Research class this year.
The purpose of the Science Research course is to design, plan, and carry out a scientific experiment, as well as analyze data and present the findings at the Sci-Tech convention in April, Rosenblatt said. Rosenblatt has been developing a personality type study to determine if there is any correlation between students’ personality types and their participation in honors courses at the school. A month ago, Rosenblatt sent an email to the student body, which contained an assessment that would determine the student’s personality type. Students then submitted anonymous Google Forms with basic information about themselves, including which honors courses, if any, they were enrolled in.
“We start with an interest, and Alex has a strong interest in personality typing,” Upper Division science teacher Dr. Christine Leo, who teaches the Science Research class, said. “We built from there what types of questions we could ask using personality type as a way to answer those questions.”
While there are many personality type testing systems, Rosenblatt’s study uses the Myers Briggs Type Indicator (MBTI) test, one of the most common exams. MBTI is comprised of a series of questions about a person, the answers of which lead them to identify their personality type. There are 16 different possible types, all of which are based on four different dichotomies, each containing two different letters. Each letter distinguishes how you respond and deal with the world around you, Rosenblatt said. According to the Myers Briggs website, “The essence of the theory is that much seemingly random variation in the behavior is actually quite orderly and consistent.”
Rosenblatt was first introduced to these personality type tests in eighth grade at his old school. “We were doing a partner project, and my teacher thought it would be interesting to take the Myers Briggs Type Indicator test to pair us by type,” he said. Since this original spark of interest, Rosenblatt has been conducting research into personality type tests, specifically more in-depth studies of MBTI.
“I’ve been studying MBTI for a couple of years and have found the inner workings of people’s minds and how people’s personalities interact with each other really fascinating,” he said.
Through data that has been analyzed so far, Rosenblatt has come across many challenges within the completed portions of the study. One big concern, he noted, was the validity of the data, and if it was truly representative of the entire school community.
Rosenblatt felt he had to ask himself the question, “Are these responses based off the people of HM or the people that are going to respond to a survey like this?”
Given the small number of honors students at the school, it was a challenge to get an appropriate quantity of responses from those enrolled in honors courses, Rosenblatt said.
Even though his data analysis is not complete yet, Rosenblatt has discovered very interesting instances in the results he has looked at so far. The personality type INTJ, although extremely rare in the real world, was the most common type at the school. The letters, which stand for Introversion, Intuition, Thinking, and Judging, are all aspects of how INTJs approach life. Even considering the scarcity of this personality type, Rosenblatt had expected many of the student body to have this response. People grouped in this type are typically the most logically focused with a tendency to plan ahead, Rosenblatt said.
Rosenblatt identifies a similarity between the stereotypical student at the school and the typical INTJ type, leading him to believe the school is self-selecting for these traits.
Mazyar Azmi (10), who is in the Science Research class, has decided to collaborate with Rosenblatt and is now asking for people’s MBTI type as a part of his own project.
“Alex is very interested in personality types and psychoanalysis,” Azmi said. “I think it’s super interesting how he is trying to incorporate something you see every day with something he really likes.”
For Dani Koplin (10), taking the test taught her aspects of herself that she previously did not know. “Many of the questions asked during the test were ones I had never thought about in my life, and required me to think hard,” she said. Even just defining herself as an introvert or extrovert, for example, was difficult, as she had to look at herself from a different perspective. Now, after learning her type, INFJ, which stands for Introverted, Intuitive, Feeling, and Judging, Koplin wants to meet more people of the same type and see how similar they really are.
AJ Walker (10) also found that the directness of the introvert or extrovert question left no room for any answer in-between. “The results of the test were not exactly what I expected, but I think that for the most part, it captured my personality fairly accurately,” he said.
Still, these tests are more about how you think and less and about your personality, Rosenblatt said.
“The more I’ve been studying this system, the more I’ve realized that even though we are trying to group people into boxes, every individual is unique,” he said. “These types are just what you identify with most, but no type system is perfect and no type system will be able to perfectly describe a human personality.”