Middle Division students left to their own devices during remote learning 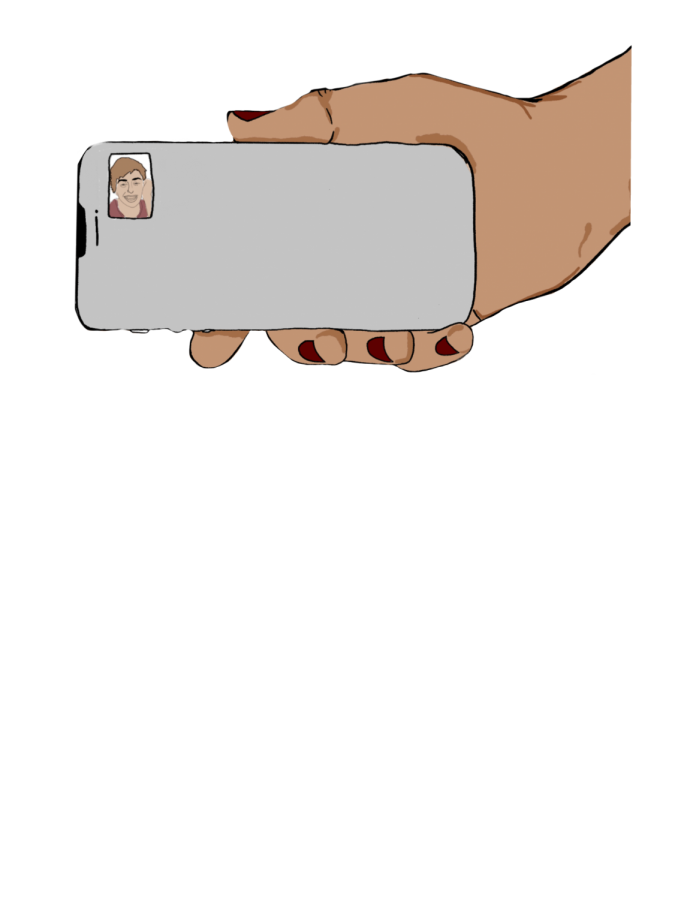 A month ago, Nusaiba Ashraf (8) only used her phone to listen to music and to check Instagram on the bus, she said. Now, given the new reality of remote learning, she uses her phone at various times during the “school day” for these purposes as well as to communicate with her friends.

Many Middle Division (MD) students have noticed a dramatic increase in their screen time since remote learning began as compared to on-campus where MD students are prohibited from using their phones.

Kaitlyn Chang’s (8) average screen time was three to five hours a day before HM Online, but now it has increased to around nine hours a day, she said.

“If I was going to school or extracurricular activities, I would probably use my phone less because I would be interacting with others in person,” said Jisang Kymm (8), who is using his phone to stay in contact with his peers.

Similarly, Ashraf fears she will lose touch with friends, so she has felt the need to talk to them for a longer time than usual, which detracts from her studying time, she said. “I feel guilty at the end of the day for procrastinating by using my phone and not getting done what I intended on [doing for] the day,” Ashraf said.

In an email, Coordinator of Curriculum, Instruction, and Assessment and MD history teacher Eva Abbamonte expressed the importance of maintaining balance between socializing online and being productive. “The ability to stay in touch and see other people’s faces while staying at home is very important for positive mental health,” she said. “Of course, it’s all a matter of balance. Multitasking decreases productivity, so it’s best to schedule when one is working and when one is socializing.”

Because MD students don’t have classes frequently, they are usually left to use their own devices, which can make it easier to be distracted, Kymm said. It is also harder to focus and maintain a learning mindset at home, he said.

MD Spanish teacher Rachael Cooper is concerned about the many distractions HM online can present, she wrote in an email. “On Zooms, I have noticed students might lose focus because of a family member walking by, sudden background conversations or noises, or even a family pet making a surprise appearance. Technology issues can cause students’ focus to drift too,” Cooper said.

“Students do have many tools of distraction at their disposal. For some, they could be staring into the Zoom camera while also busying themselves with other methods of communication,” Head of Middle Division Javaid Khan wrote in an email.

“I think distractions, like cell phones, present more of a problem in Zoom classrooms than in regular classrooms because students have to monitor themselves more effectively since they can’t rely on their teachers and classmates to help them self-monitor,” Abbamonte said.

Engagement and cooperation are much harder to enforce in Zoom sessions than during in-person classes, Ashraf said. Some students look down during Zoom calls, presumably checking their phones, she said.

The shift to remote learning has also changed students’ attitudes towards the repercussions of using their devices during class. “During HM Online, a lot of people have the mindset that there are no real consequences to using your phone,” Brooke Gomez (8) said. Because a teacher is not physically there to take students’ phones away, students feel more freedom, she said.

To be more productive when working, Gomez keeps her phone in another room, since she knows it is tempting to go back to her phone, she said. She also monitors her technology use because it would be unhealthy for her to constantly be on her laptop and phone, she said.

Charlotte Henes (7) also has methods to reduce her phone use. “I have been trying to go on walks or ride my bike to reduce the amount of time I spend on my screen, and I often try to spend time with my siblings and play games with them like cards or Monopoly,” she said.

Sammy Underberg (7) tries to resist using her phone all day in order to imitate the school’s campus environment. “My time on my phone has increased, but I’m trying to distance myself from it at the same time because I want to treat [HM Online] like normal school,” she said. “I want HM to be the same as before when we go back to campus, and to do that, I should continue this habit at home.”