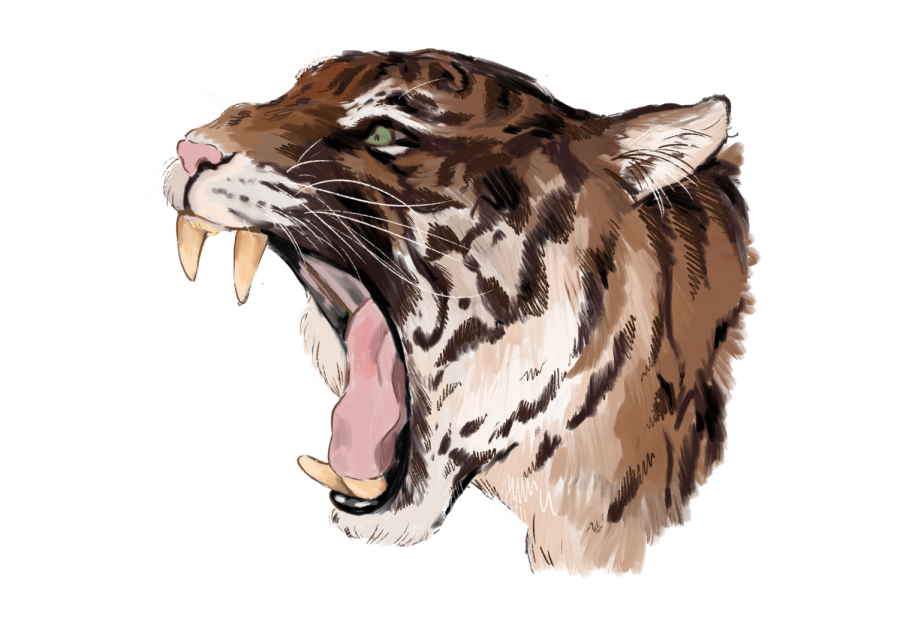 “Did Carole Baskin feed her husband to tigers?” is one of the many outrageous questions posed in the strangely addictive Netflix original series Tiger King: Murder, Madness, and Mayhem. The documentary follows the bizarre, action-packed life of big cat owner Joe Exotic. The seven episode docuseries primarily focuses on the conflict between Exotic and animal rights activist Carole Baskin while also providing an overview of the nutty world of big cat owners in the U.S. From the eccentric subjects of the documentary, to the controversy over ownership of tigers, lions, and jaguars, Tiger King is a must-watch.
The audience is first introduced to Exotic’s Zoo, the Greater Wynnewood Exotic Animal Park and learns about Exotic’s feud with Baskin shortly after. The feud is powered by both Baskin and Exotic’s views on big cats in America. Baskin is devoted to ending the breeding and captivity of big cats, while Exotic boasts that he is the biggest breeder of tigers in the U.S.
This feud is one of the most interesting elements of the show, as both parties constantly try to derail the work of the other through insults, accusations, and lawsuits. Most notably, Exotic accuses Baskin of killing her husband Don and feeding him to the tigers in her sanctuary. I personally do not believe that Baskin fed her husband to tigers, as there is little substantive evidence suggesting that she did.
As more information is revealed about both Baskin and Exotic, it becomes clear that neither are as righteous as they claim. Baskin’s ideology is often hypocritical, while animal abuse clearly occurs in Exotic’s zoo. Viewing the exploitation of animals in Exotic’s zoo made it clear to me that politicians must create laws to prevent big cats from being kept in private zoos.
As the series continues into the fifth, sixth and, seventh episodes, Exotic’s focus shifts from his animals to politics, as he strangely and unsuccessfully runs for President of the United States in 2016 and then Governor of Oklahoma in 2018. Exotic promotes his campaign by handing out condoms with his face on them and bringing tiger cubs to his parade floats.
While this section of the show was interesting because of its strange nature, it did not add any importance to the documentary as a whole. I believe the political focus of the last few episodes could have been cut, as they caused the ending to be dragged out longer than necessary.
Upon completing the show, viewers will have a greater understanding of exotic animal ownership in America. Though the plot meanders towards the end, for the most part, Tiger King is incredibly engaging and a great way to stay entertained during quarantine.