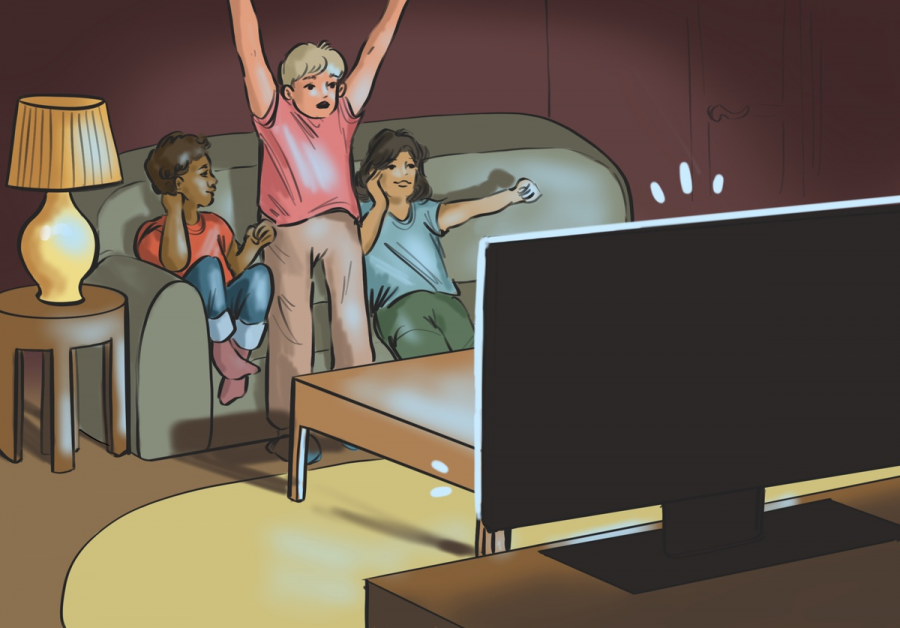 “I didn’t realize how serious [COVID-19] was until sports were getting canceled,” Sam Perlman (9) said. Beginning with the indefinite postponement of the NBA and NHL seasons on March 12, many annual sporting events, such as the NCAA March Madness Tournament and the MLB season, were canceled later in March.

Coach Ronnie Beller was not surprised that mainstream sporting events were postponed because of the severity of the virus, he said. “[I] was happy the leaders of these sports put safety in front of the dollar.”

Perlman is a supporter of both the MLB and the NBA, and he wants live sports to return as soon as possible, even if that means hosting events without fans present, he said. “As a fan, I think that they should do everything they can to get games up and running.”

However, Nshera Tutu (11) thinks that if sporting events were to happen without fans present, it would change the atmosphere of those events, she said. “It will definitely affect sports because so many athletes thrive off of the presence of spectators, regardless of whether or not they support that athlete,” she said.

In the NBA, the atmosphere of the arena without fans can affect coaches and players, but from a supporter’s standpoint, being able to watch a game is what matters most, Perlman said. “Even if you just watch it on TV, or watch on your phone, it’s still nice to have a game to watch,” he said.

While some fans believe that sports will find a way to continue during the COVID-19 pandemic, others feel that it is too soon to resume. “At the end of the day, it only takes one person to spread a virus,” Dalia Pustilnik (10) said. A player or coach is just as likely to have the virus as a spectator is, so there is no point in having these events, she said.

For many sports fanatics, the cancellation of sporting events has led to the cancellation of anticipated personal and familial traditions. Watching the Olympic Games with her family to cheer on Ghana, her native country, is usually a moment of pride for Tutu, she said. “I cannot pinpoint an exact reason why sports are so important,” she said. “I’ve grown up in a home that’s really big on sports, and it grew on me from a very young age.”

As a longtime supporter, math teacher Chris Jones has also been looking forward to attending a few baseball games with his father, which he does each year, he said. Jones said being able to anticipate such events would make it easier to get through these difficult times. However, due to the severity of the pandemic, that tradition might not happen this year. “I should try to put things in context and realize how big the pandemic situation is and that losing sports for a while is little compared to life-and-death situations,” he said.

Perlman will also be missing out on a family tradition this year, he said. Under normal circumstances, Perlman would go to a Brooklyn Nets game to celebrate his birthday, but this year he was unable to do so.

Life in quarantine without sports has also affected Pulstilnik’s relationships with her friends, she said. In the past, she had established friendships through her love of the New York Yankees, but during this time, she cannot discuss the games with them, she said.

Nevertheless, fans have still been consuming sports-related media. Tutu said that she watches as many replays of past games and events as she can. “Yesterday, I watched an El Clasico match between Real Madrid and Barcelona from 2016 with my older brother,” she said.

Jones also has been watching replays of famous games online, he said. “I really enjoyed watching game six of the 1975 World Series as well as game four of the 1988 NLCS.” As a Los Angeles Dodgers baseball fan, he was looking forward to this year’s baseball season, he said.

The ongoing pandemic has heightened the necessity of sports for Beller, he said. Sitting down and watching a game provides people with entertainment and a distraction, which brings them together in the process, he said. “Sports, to me, are the ultimate escape from the real world.”

Tutu feels that she has been doing the same things repeatedly during isolation and that live sports would have helped diversify her daily routine, she said.

“I tend to get really attached to the teams and athletes I support, which deepens the emotional connection I feel,” Tutu said. “However, I would feel terrible if I contributed to potentially endangering athletes. At the end of the day, they are human beings before athletes, and no sport is worth one’s health.”