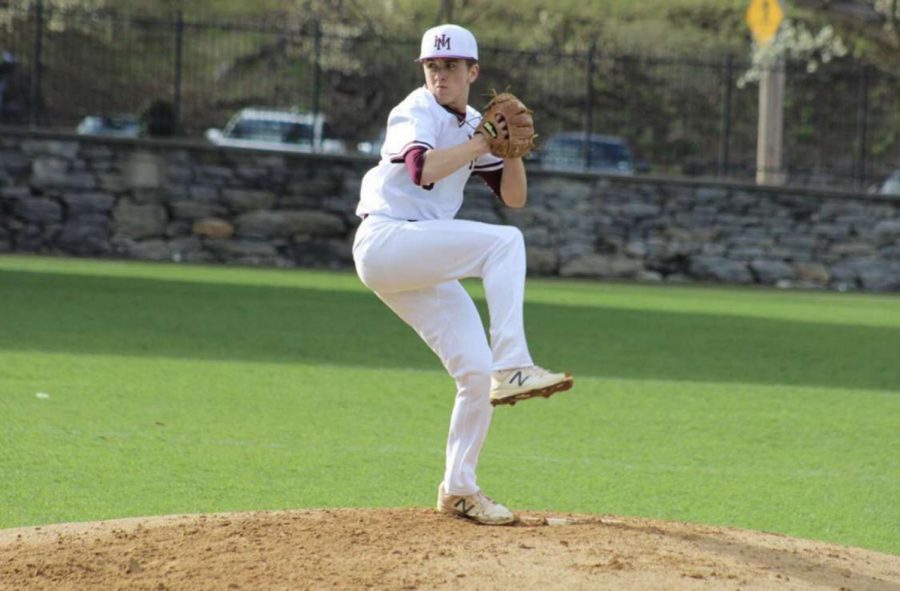 In August, as the Class of 2020 heads to colleges across the nation, Mark Fernandez (12) will return to high school in order to take a postgraduate (PG) year at the boarding school Choate Rosemary Hall.

A PG year is a fifth year of high school that students can take to better prepare for college. Academically, students can use the time to show colleges continued growth, Associate Director of College Counseling Frank Cabrera said.

A PG year also provides athletes with time to hone their skills and strengthen their bodies, science teacher Matthew Boller, who taught at Choate Rosemary Hall for four years, said.

“The PG year [will give Fernandez] the opportunity to refine his craft, get a little better at it, and potentially put himself in a position to have a four-year [baseball] career at a college,” Boys Varsity Baseball coach Matthew Russo said.

Fernandez wants to use his PG year to grow as a person, as a student, and as a baseball player, he said. “Some kids take gap years to travel the world; I’m taking another year to follow my passion.”

Fernandez first heard of PG years while attending baseball recruitment showcases the summer before his junior year, as many students were older than him because they were taking a PG year, he said.

After the showcases, Fernandez had the opportunity to play in college, but decided it was not the right fit for him, Russo said. Fernandez felt an urge to give the recruiting process another go because he knew that “what-ifs” would start to build up if he did not, he said.

The previous year, Fernandez had made first team all-conference, which is awarded to the best players in the Ivy Preparatory School League. The four other pitchers who received the award were all National Collegiate Athletic Association Division I recruits. Fernandez knew that he was as good, if not better than those pitchers, so he thought that an extra year of training would allow him to give the sport his all, he said.

Specifically, Fernandez knew that he needed to increase his pitching velocity in order to get recruited as a pitcher at a top college. He started weight training the summer before this year, and after gaining 30 pounds in three months, he realized that another year of training would make him a completely different athlete, he said.

Nevertheless, before he committed to taking a PG year, Fernandez had his doubts because students who choose to take PG years are a rare sight at the school, he said. “It’s looked at a little strangely by people who don’t know what it is or why I’m taking it.”

In Cabrera’s four years at the school, Fernandez is his only advisee to take a PG year. “HM students are really excited about the prospect of going to college, so the idea of delaying college to take advantage of a PG year isn’t compelling enough for many,” Cabrera said.

To decide whether he should take a PG year, Fernandez talked to a friend from Dalton who took the route of a PG year at Choate Rosemary Hall and will play lacrosse at Washington and Lee University next year. Seeing the PG path lead to success for someone else reassured Fernandez that it was the right choice for him as well, he said.

Fernandez also sought guidance from Head of School Dr. Tom Kelly, who provided extra encouragement, he said. “[Dr. Kelly] wanted to push my passion and make sure that I was going for the thing that I love to do,” he said.

With that in mind, Fernandez undertook the application process for both PG schools and colleges in his senior year, completing around 25 to 30 applications. At the same time, he continued to improve his skills in the offseason with weight training and weekly pitching lessons, he said.

While looking into PG schools, Fernandez had more responsibility than he did with his college applications, Cabrera said. The college counseling office is less experienced with PG years since so few students pursue them, he said.

PG applications are similar to college applications, but with the added aspect of admissions calls to coaches at each school, Terri Fernandez, Fernandez’s mother, said. “The student is looking for their right place and the coaches need to find the right fit for their team,” she said.

Eventually, Fernandez was accepted to Phillips Exeter Academy, the Hotchkiss School, the Westminster School, and Choate Rosemary Hall. He decided on Choate Rosemary Hall because it had rigorous academics and their baseball team was the first in their league. He also thought that the head coach Scott Wosleger “would support his baseball development, push him to improve, and understand his goals,” Terri Fernandez said.

After his PG year, Fernandez hopes to find a college where he can balance both his love for academics and his love for baseball, he said.