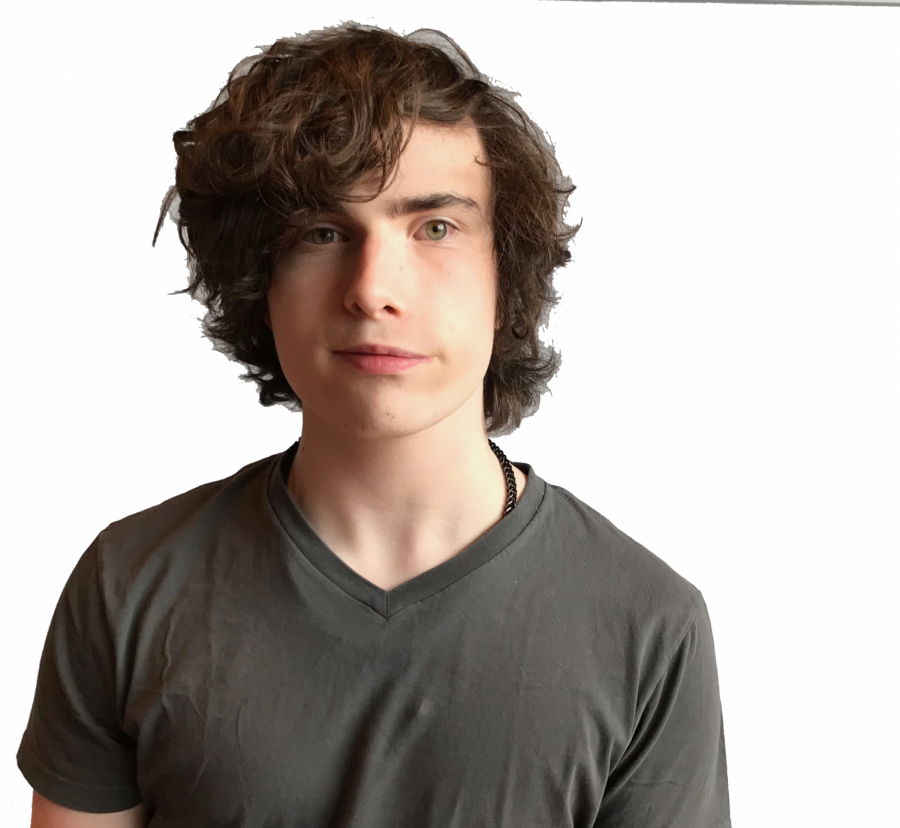 When I tell people I’m currently taking Latin, most people respond with a question: Why? They have a point—I won’t be speaking it with anyone any time soon, and while there are songs and a couple of good podcasts out there, it’s only ever really used in one country (or, more accurately, papal enclave). I won’t be ordering any food or skipping lines for it. Moreover, I already fulfilled my graduation requirement—so, why?

I started taking Latin in sixth grade as a half-credit and continued to take it through middle school. I remember piecing together my first textbook story. In the first sentence, as I was struggling to make sense of the complex grammar system my teacher taught us in class, I realized how intricate Latin was compared to other languages. By the second sentence, I was in love.

Latin is like a jigsaw puzzle; it revolves around you and the text. Before you start reading with relative fluency, Latin can seem daunting. But the moment you pick up that first “authentic” Latin piece—just you, the text, and your dictionary—and watch yourself begin to make sense out of something written two thousand years ago is exhilarating.

English sentence structures are boring. Let’s take the sentence “She passes you the ball over the wall.” Who’s doing the passing? She is, because “she” is in front of the verb. Where is she passing it? To you. Across the wall. See? I get bored just writing it. English is clunky and, at its most simple form, mundane.

So, what about Latin? Here’s how the Latin version of that sentence might sound: “Pass-she ball over wall you-to.” You can put any word just about wherever you want it; Latin has linguistic devices to do all of the boring work for you. Just by knowing the last seven letters of any Latin verb (and oftentimes, many fewer), I can tell you who is doing that action, whether they are doing it or wish they were doing it, and exactly when they did it—even whether they will do it in the future or will have already done it by then. Nouns operate in much the same way. So what does all of this mean?

Look back at that sentence. We made what I like to call a word painting—and it never ceases to blow my mind in Latin poetry. The verb ending tells us who’s throwing the ball, so we don’t have to say “she.” It’s almost as if she’s really separated from you with a wall—in this case, literally the word “wall,” which separates the “passes” from “you-to.”

Okay, so that’s cool, you might be thinking. But why? It’s a dead language! If you’re not going to study classics, why are you taking Latin? 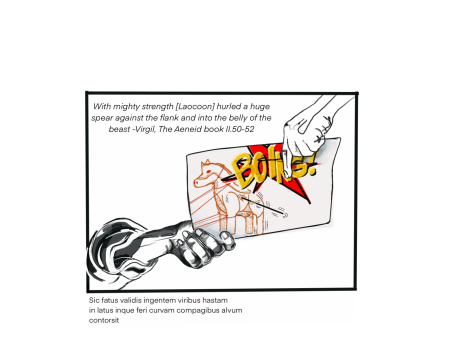 I understand why one might propose this argument, but I find it absurd. With that logic, much of what we learn at school seems like a “dead language”—when will you ever use calculus if you don’t fall into that subsection of professionals that actually “need” to know it? Is calculus a dead language? And what about that war you had to learn about for history class, the one in that country that hasn’t been around for a couple of centuries? Is world history a dead language? Why are we learning these things that, realistically, will only ever be useful to a handful of us? Is school a dead language? Is it useless?

Obviously not. In New York, you’re allowed to drop out of high school at the age of sixteen, but you’re still here, and you’re still reading about something that may have no utility to you. But maybe that’s not the whole story. While that war in that country which no longer exists may not be able to help you at your job at Goldman Sachs, it teaches you how to think critically, how to apply past events to present problems, and therefore how to better problem-solve. It allows you to see the world from a different perspective. And it helps to answer some more deep, philosophical questions: How did we get here? How did the world become how it is today? How does the world work?

Don’t get me wrong, the most cited reasons for taking Latin aren’t too bad; knowing what pusillanimous means without picking up a dictionary is certainly nothing to complain about. But Latin is more than a vocabulary tool or a cool way to fulfill your language credit. It’s a glimpse back at the origins of Western culture and a view of the present with the context of millenia of thought. Reading Latin allows me to understand the origins of Ciceroean rhetoric (and the whole art, or science—he doesn’t end up telling us which one it is—of making people do what you say), read the original words of Newton’s Theory of Universal Gravitation, laugh along with Catullus on his stroll through the marketplace with his girlfriend Lesbia, and hear Ovid’s somber retelling of star-crossed Pyramus and Thisbe’s faint whispers between the crack in the wall. Reading the words of some of the greatest thinkers in history forges a connection to times and ideas that may otherwise go overlooked as being “dead.”

I can geek out on Latin syntax and relish in the obscurity of the supine verb form ad nauseam, but if you wanted to gain a full perspective on what it’s like to take Latin just by reading this article, I have failed you. I truly believe that there are no words in the English language to describe the joy of learning Latin. I cannot describe to you what it feels like to see a sentence in terms of declensions nor to feel the perplexity of piecing together that first sentence. And I cannot encapsulate a two-thousand-year-old tradition into this brief, though impassioned, defense.

What I can tell you for certain, however, is quite simple (as the takeaway in these perationes, or last-ditch efforts to make people do what you want, often are): Latin is not dead. Latin may be an esoteric language, and learning it will be, at times, a rocky road. But the vitality of the texts is incomparable, the doors it opens limitless, the beauty of the language unimaginable: In a word, Latin is alive.