HM Online around the world 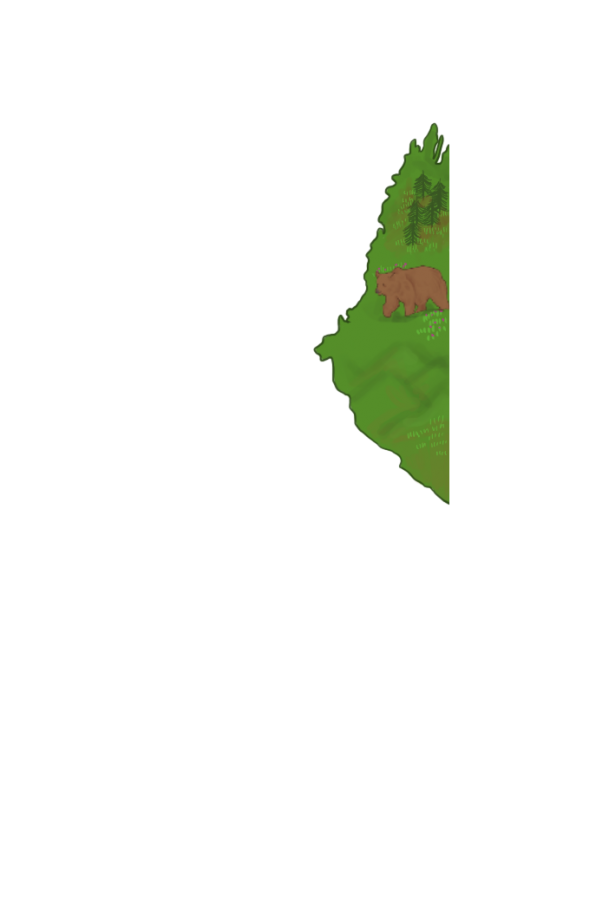 At 9:25 p.m., most students in New York have finished their classes hours ago and are preparing to sleep. In Japan, Tomoka Hida’s (10) day has just begun as she prepares for online classes, which run from 9:25 p.m. to 4:15 a.m. Japanese Standard Time.

Amidst HM Online, many members of the community are attending their online classes from other places around the world. Whether it be to move away from the crowded city or to move closer to family, many teachers and students have relocated.

For Ari Salsberg (11) who has relocated to The Hamptons, being in New York City means inevitable contact with others, he said. “No matter how much money you have, how well off you are, you are still in New York City—when you walk out of your building, you are still going to bump into people no matter who you are, which is what makes New York City really interesting,” he said. As a result, families who have the resources and ability may temporarily move in with extended family or go to a second home, he said.

Associate Director of College Counseling Kaitlin Howrigan was originally supposed to visit her family in Vermont during the second week of spring break. However, once the pandemic broke out, she decided she would rather stay with them than be alone in her New York City apartment, she said. “I’m getting more family time than I have in years, but that also comes with tensions because we’re all doing our jobs from home.” Scarlett Goldberg (10) is currently living with her family in Belgium and decided to move there to reconnect with her Dutch relatives. Goldberg said that living with her six cousins in Belgium has been a good bonding experience. “As the American family of all my European cousins, we never were able to spend extended periods together with this side of the family, and through quarantine we are.”

Alex Nagin (10), who is living at his grandparents’ house in northern California, had to leave a member of his family in New York. “I can’t be with my mom, who works at Mount Sinai in the city, so we have to be quarantined away from her,” he said.

About to travel to South Korea, Michelle Kim (9) said that the COVID-19 situation in Korea is much better than it is in the United States. Kim and her family wanted to leave for Korea earlier, as it will likely be safer to travel now than in the summer when there will be more people traveling, she said.

Gabe Banks (10) is currently living in Hawaii where he was planning on visiting during spring break. “Quarantine here is not really as bad as New York, but the public places are still closed: you can’t go to the parks, you can’t go to the beaches, but you can go to the ocean to exercise,” he said.

Enforced social isolation regulations in more remote areas tend to be less strict than those in New York. Ceci Coughlin (9), who is currently living in Massachusetts at her second home, enjoys being away from the city, since she can go outside and walk around.

“I actually enjoy doing school up here,” Coughlin said. “I have a bit more motivation when I’m not as stressed out about other things. It’s nice being in the suburbs and doing work here; I don’t have as much on my mind.”

Similarly, Jonathan Mong (11), who is living in Rhinebeck, NY,  has also found that living outside of the city has helped to relieve stress. “For me getting to take out my dog on an afternoon walk has brought down my stress a little bit and given me some time to myself that is not sitting in front of a screen doing my work,” Mong said.

Since relocating to Hudson Valley, math teacher Dr. Linda Hubschman has been surrounded by nature. “There are bears and deer around us, so it’s like a little wonderland of nature,” she said.

Hubschman and her husband have been able to rescue animals upstate. “Not only do we have chickens, but my husband rescued a bunch of duck eggs that had been abandoned by the mother duck, and so we are hoping to raise some ducks,” Hubschman said.

Living in areas far away from New York has been difficult for some students and has impeded their ability to actively attend or participate in online classes. “There was a big earthquake that had knocked down one of the cell towers in Japan, so Zoom wasn’t responding, so that impeded my ability to go to class,” Hida said.

“There are students that are also living upstate where I am, and we lost power,” Hubschman said. Howrigan, who is also living in a rural area, has experienced difficulties with her WiFi, which once caused her to be unable to teach her AP Economics class, she said.

“Any time there’s high winds and rain we run the risk of a blackout, and that’s never good, but considering that I am going to have to take class, it’s very bad,” Mong said.

The drastic time change has necessitated an adjusted sleep schedule for many students. Miles Kuhn (10), who has relocated to his grandparents’ house in California, has created a sleep schedule in which he goes to sleep at 7:30 p.m. and wakes up to begin his day at 4:50 a.m. “When I wake up in the morning, and it’s dark outside, it’s sometimes difficult to get in the right headspace for school,” Kuhn said.

The time difference has also caused Nagin to sometimes accidentally sleep through his classes. “Sometimes, I’ve been so tired that I’ve completely slept through my alarm,” Nagin said. “I’ve missed chemistry once, and I’ve missed advisory too, from just not waking up because my sleep schedule is off.”

Some students in different time zones have been taking naps throughout the day as a result of their early wake-up times. “Even though I have never been a person who takes naps, since I wake up so early for school, I usually will take a nap for an hour and then wake up and resume my day,” Nagin said.  Hida has not been napping, and has instead tried to keep herself on a New York sleep schedule, she said. Even so, she has found it difficult to keep track of the time. “If it’s noon I’ll be thinking, ‘Oh I have another 9 hours before school starts so I have another 9 hours to do work,’ but the reality is I have to sleep,” she said.

On the weekends, Hida is unsure whether she should stay on New York time or switch to Japan time. This confusion led her to once unintentionally stay up 28 hours, she said.

“We try to be understanding, and we also try to let the deans know if someone is absent, just so that someone is checking in on the student,” Hubschman said.

Some students have found that living in a different location has resulted in unexpected benefits. “Being quarantined has made me a lot more productive, surprisingly, and I feel myself working a lot harder, and I think it’s because I don’t feel put down by the often stressful and competitive environment of physically being at school,” Nagin said.

While members of the community would prefer to be attending school in person, many of those living in second locations said it has improved their experience. “A lot of the reasons that make the city so great, like the great restaurants and people all over the place have made it not the safest place to be right now, so I’m lucky I have a space outside,” Howrigan said.