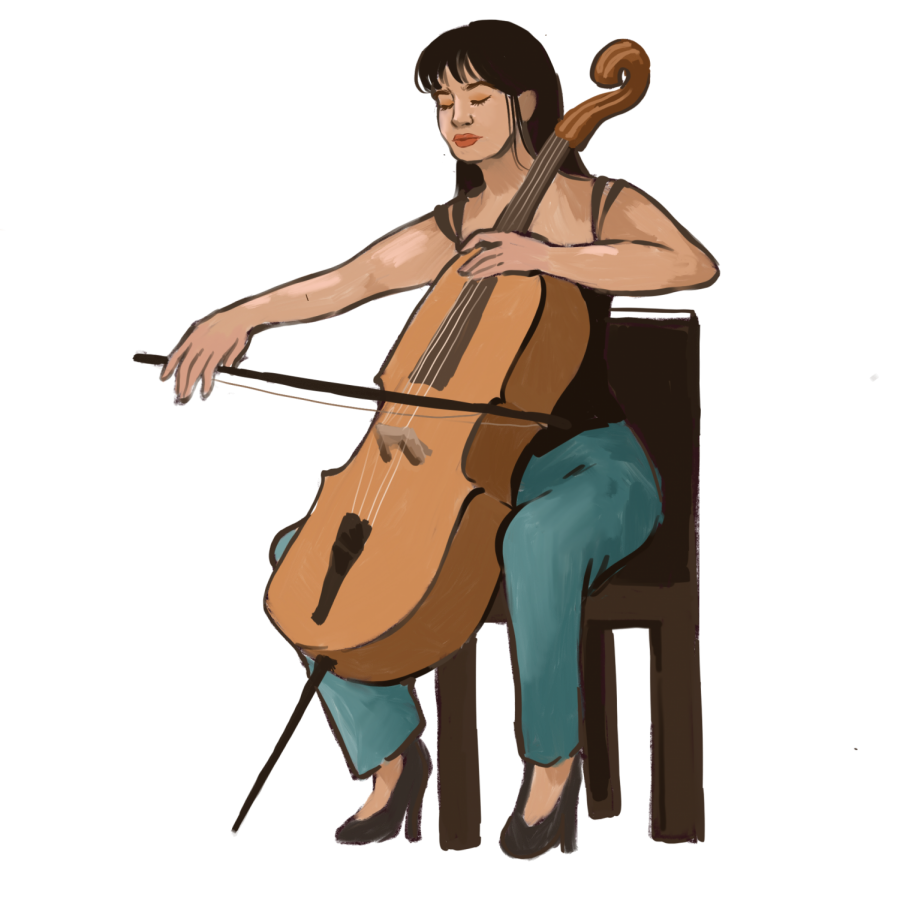 As notes of Bach emanated from audience members’ computers, HarMonia’s annual benefit concert raised $32,000 for non-profit Summer on the Hill (SOH). On Saturday, May 9, the ensemble performed in a virtual concert to raise money and connect the school’s community through musical harmony.

To accommodate for this year’s online format, the members of the ensemble decided that the concert would feature solo performances rather than the traditional group chamber pieces, violinist Amelia Resnick (9) said. The group wanted to have a theme that would bring all of the pieces together for the concert, so they selected a series of solo pieces composed by Bach, she said.

As the only pianist in the group, Jacob Schorsch (11) said he did not have a piece to play in the concert because of the selected Bach string sonatas and partitas. Instead, he introduced the performers and read quotations related to Bach in between each performance, he said. “Study Bach,” Schorsch said, quoting Johannes Brahms. “There, you will find everything.”

The rest of the ensemble members recorded themselves playing their piece in their own homes, which cellist Lindsey Cheng (11) said she found to be quite awkward. “I think the weirdest thing was getting ready for a concert at home and dressing in formal black attire to sit in front of my iPhone camera,” she said. After the musicians recorded the perfect take, the separate performances were edited together into a cohesive video that premiered on Youtube.

“Everyone played really well,” said Kush Malhotra (11), a longtime friend of the ensemble members. “I know that they practice a lot, and that really showed up in the concert.” In addition to providing a great show, the online concert allowed people who had never previously attended HarMonia events to view the performance, he said. “Last year, there were a limited number of tickets to attend, and I had something else that day, so I wasn’t able to go,” he said. However, since the concert was online, he was able to join and support the group, Malhotra said.

Daanyal Agboatwalla (11) said he first learned about the concert through his friends who were playing in it, and after attending the premiere he thought it was a great show. “I wanted to support my friends, and they are helping a great cause.”

HarMonia is an ensemble that was created three years ago by seven students: violinists Aidan Resnick (11), Stella Cha (11), and Mikayla Benson (11); cellists Cheng, Alexander Oh (11), and Max Resnick (11); and pianist Schorsch. Since then, violinists Elijah Shaham (11), Amelia, and Yui Hasegawa (9) have also joined the group.

“We started three years ago because a lot of friends in my grade play musical instruments, and we thought it would be really fun to play together and throw a concert,” Oh said. The idea for a benefit concert came naturally because SOH is connected to the school, and it made sense for the ensemble to host a benefit concert to support them, he said.

SOH is an afterschool and summer program that takes place at the school and provides academic opportunities for local children coming from low-income families. Even though the program’s activities have been suspended this year due to the pandemic, HarMonia still wanted to host the benefit concert, Amelia said. “It was really important for us to still do something super special to raise money so [SOH] can keep going and do what they do.” For the past three years, HarMonia has held annual concerts at Liederkranz Opera Theatre in Manhattan and donated the proceeds to SOH, Executive Director of SOH Markell Parker wrote in an email. In addition to the concerts, HarMonia has also taught music classes to SOH students on the weekends, he wrote.

“Even though school is closed, Summer on the Hill is still going and happening next year,” Amelia said. “This year especially, they really needed the donations.”

The pandemic has made times more difficult for the non-profit. On their website, the organization wrote that they recently applied for and received a loan to ensure that they would be able to retain all of its staff.

To raise awareness for the concert, the group made a promotional video that explained the purpose of SOH and encouraged people to donate to their GoFundMe page, Amelia said. Ensemble members also encouraged their peers to donate through social media, Schorsch said.

HarMonia has a community that looks forward to their annual live concerts, and even without a live performance, they were able to share their music and help others, Malhotra said. “They made a lot of money, and got their word out, which is one of their big goals.”

The previous two concerts raised $30,000 in total, while this year’s online HarMonia concert raised over $32,000 for SOH, Parker said. The proceeds from this event will support the organization’s mission of advancing the academic enrichment of bright, motivated, low-income public school students from The Bronx, Harlem and Washington Heights, he said.

“Our concert is a form of entertainment and of bringing our school together,” Cha said. “There’s no reason to stop just because we’re all in quarantine.”