Climate change and sustainability at HM 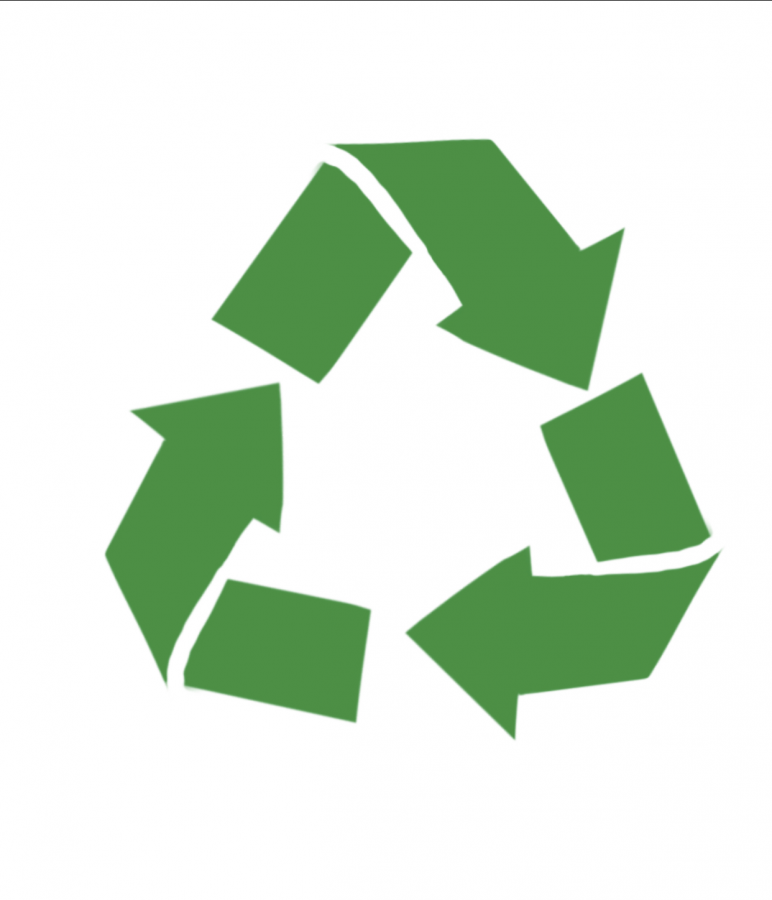 Horace Mann and many New York City public schools have been making efforts to become more sustainable and adapt their curriculum to raise awareness of climate change. Global warming leads to the loss of land and livelihoods, as increased natural disasters wreak havoc on society, which is why it was designated as a threat multiplier by the United Nations. Threat multipliers are issues that can be compounded with others to produce more extreme damage.

However, schools have tried to create change, schools across the five boroughs supported students attending the New York March for Climate Change on September 20th, 2019. The New York City Department of Education (NYCDOE) did not penalize students who missed school, and Horace Mann assisted students by excusing absences and sending a vehicle and a few Public Safety Officers to the rally’s main location.

Over 25 NYC schools, both public and private, also participate in the NYC Sustainability Education Committee. John Dorr Nature Lab Teacher Nick DePreter represents Horace Mann on the committee. It is a great place to share sustainable ideas, DePreter said, as “some schools employ HM’s committee model and others have a coordinator that does the job, but they all meet up to discuss common issues.”

Horace Mann also works with local public schools to create a more sustainable environment through the school’s annual Service-Learning Day, Head of School Dr. Tom Kelly said. Service-Learning Projects consist of the creation and maintenance of the garden at the Kingsbridge Heights Community Center, the recycling of small plant herb gardens in containers for use in one’s home with local Bronx children, and the recycling of books for other schools in need through the Katz Library, he said.

Having utilized reusable trays, plates, bowls, and utensils for around six to seven years, the school has taken actions to create a more sustainable environment and combat climate change. The school is mostly powered by wind as of 2018 and is supplemented by the 53-kilowatt system of solar panels on top of Rose Hall. Similar actions would be unfeasible for many public schools—Horace Mann’s economic stature allows it to implement these sustainable reforms.

The recent construction of Lutnick Hall, the Jeffrey H. Loria Family Aquatic Center, and the renovation of Pforzheimer Hall have allowed the school to invest in innovative technology. The school recycled all of the fluorescent light bulbs in Pforzheimer Hall and replaced them with LEDs, Director of Facilities Management Gordon Jensen said. The school also installed motion sensors that automatically turn off the lights if nobody is in the room.Furthermore, an automatic and top of the line ultraviolet sanitation system that uses fewer chemicals than the previous system was installed in the Aquatic Center.

To further prioritize environmental sustainability, the school used low-volatile organic compounds (VOC) paints when building Lutnick Hall, Jensen said. The school decided to keep the floors entirely concrete so that a dry push mop may be used rather than vacuums that require electricity.

To be more energy efficient, the school installed energy-recovery wheels in the HVAC unit that serves the labs at Lutnick Hall. Since science labs are required to have 100 percent outside airflow, these wheels use exhaust air which has been previously heated or cooled to change the temperature of the incoming air. The school also implemented a complex logic system to maximize the efficiency of the HVAC systems, Jensen said.

The school has been focused on combating climate change for many years. The school invested $8,000,000 in renovating and expanding the John Dorr Nature Lab facilities as a Leadership in Energy and Environmental Design (LEED) Gold certified instructional environment, Kelly said.

The U.S. Green Building Council writes that LEED is the most widely used green building rating system across the world and provides a framework to create efficient and cost-saving sustainable buildings. LEED certifications are awarded based on how many points a building earns across several categories: Location and Transportation, Sustainable Sites, Water Efficiency, Energy and Atmosphere, Materials and Resources, Indoor Environmental Quality, Innovation, and more. A LEED Gold certification is second only to Platinum.

The John Dorr Nature Lab works to renaturalize portion areas important to Dorr’s ecosystem; the school purchased the swamp that services Brodie Pond and Petersen’s farm, a property adjacent to Dorr, to protect them from potential development, Kelly said.

The school has also to make athletic facilities more sustainable. Alumni Field was smoothened (correctly pitched) and infrastructure was also installed to better control water run-off and release into local sewers, Kelly said. The automation of the sprinkler system has also been improved to allow for targeted watering and prevent unnecessary waste. Furthermore, recycled asphalt was used to create the tennis courts, Kelly said.

The school’s actions to battle climate change are not limited to construction and can also be seen in the Cohen Dining Commons. Although it would be ideal for more students to use the reusable options, the paper products offered by the school contain no petroleum or wax and the plasticware is made of cornstarch, making them both biodegradable and environmentally friendly, FLIK Director of Food Services Brenda Cohn said.

A unique tool that the school uses is the food pulverizer, Jensen said. “When students use a reusable dish that needs to be washed, we actually want them to leave the food still on the plate so that we can feed it through the garbage disposal that pulverizes the food waste resulting in a reduction of food waste in landfills,” he said. When cleaning the plate, the machine pulverizes leftover food into a liquid which is then handled by the sewer system, reducing trash and landfill usage.

The kitchen keeps production records to avoid overproducing a particular item and repurposes whenever possible to reduce waste, Cohn said. Despite these actions, the majority of the responsibility falls on students to make the right decision and recycle appropriately instead of throwing everything out, she said.

Both New York City public and private schools educate their students on the environment. “Kids graduating and not knowing how to properly compost or recycle or not understanding the basis of the climate crisis is an injustice,” Cohen said. With Cafeteria Culture’s new award-winning documentary, Microplastic Madness, the organization is igniting a youth-led plastic free movement across the country with schools as hubs for change.

At Horace Mann, Global Environmental History and AP Environmental Science are both offered to better educate students in traditional academic disciplines and raise their awareness of the impact that they have on the environment, Kelly said.

“Global Environmental History has made me more aware of the effects of anthropogenic climate change and has encouraged me to be more conscious of my carbon footprint,” Ben Lee (12) said.

The school also educates students about sustainability in the Middle, Lower, and Nursery Divisions. The Lower Division offers beverage fountain services and pitchers of water on each table during lunchtime to completely eliminate the usage of single use plastic and cardboard drink containers, Kelly said.

Despite these accomplishments, the school can still take more action.

The school’s next big project will renovate the Cohen Dining Commons, Kelly said. Renovating the cafeteria will significantly reduce the usage of plastic containers through the use of beverage fountains, he said. “Redesigning the servery will allow us to better direct the flow of students through the cafeteria and changing beverages from bottle options to fountain beverage machines will make reducing plastic beverages a possibility,” Cohn said.

These changes will be a great addition to the actions that the school is already taking to reduce the usage of plastic bottles. “The school began installing water fountains with bottle refilling stations about five years ago and there are around 18 stations currently installed in Tillinghast Hall, Pforzheimer Hall, Fisher Hall, and the Lower Division,” Jensen said.

Another future change that many people hope for is a culture change about how people think of the impact of their actions on the environment. “Everyone at the school is in favor of stopping climate change but many still need to realize that they may have to forgo certain conveniences to help save the environment,” DePreter said. “It’s easy to talk about recycling and how much gas is used, but people often forget about carbon emissions or how much gas is used during airplane flights.”

“We need to hear students’ voices about what changes they hope to make,” DePreter said. “We’ve had tremendous success reducing our energy usage in the past. For example, when we turned off the lights for one day, but there is no reason why we shouldn’t do this more often,” he said. “If it takes a little from everybody to cause a problem, it could also take a little from everybody to resolve the problem.”