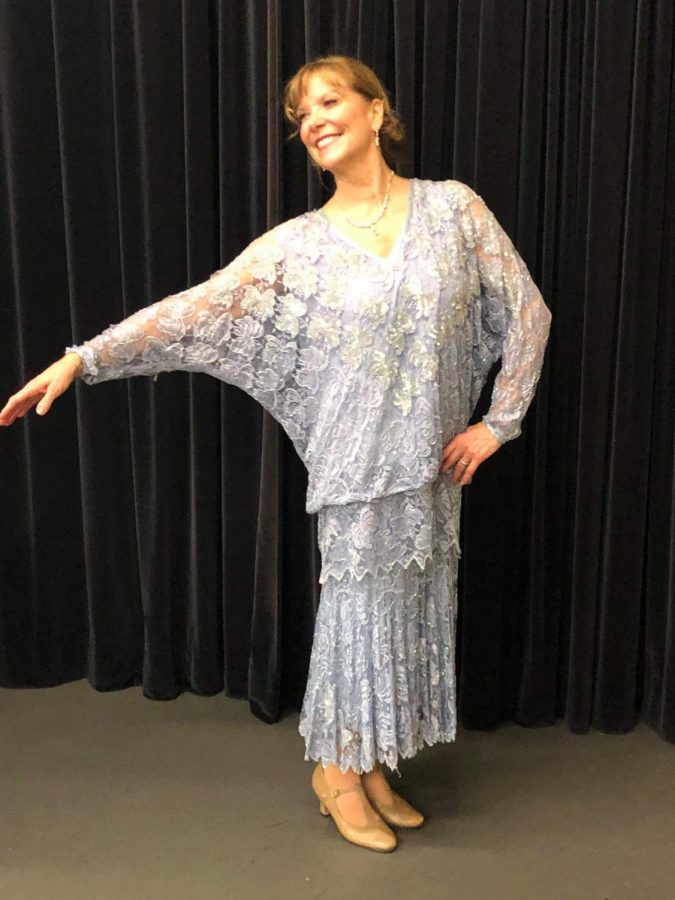 “I loved the fall,” Spanish teacher Susan Carnochan said. “The excitement of getting back to school and the nerves. I would often have trouble sleeping before the first day of classes, but I miss that already.”

This summer, after 23 years working at the school, Carnochan announced her retirement. Her original plan was to make the announcement this fall and leave at the end of the 2020-21 school year. However, due to pandemic-related concerns and a desire to spend more time with her family, she made the decision in July to retire a year early.

Beyond changing the World Language Department’s teaching methods for the better, Carnochan formed meaningful, lasting friendships, World Languages Department Chair Maria del Pilar Valencia said. “She is like my family,” she said. “To the community she is a ray of sun. She brings light. She brings happiness. She’s just pure, walking kindness.”

Carnochan’s love for Spanish began in high school, where Spanish was the only language offered. Her Spanish teacher “had some magic going on,” as five members of Carnochan’s class fell in love with the language and went on to major in it in college, she said.

At Towson State University, Carnochan majored in both Spanish and secondary education. Carnochan wanted a career path that would provide frequent opportunities to travel and considered pursuing a career as a flight attendant, she said. Ultimately, Carnochan decided to become a Spanish teacher, which allowed her to visit Spanish-speaking countries to perfect her own Spanish.

While studying at Towson, Carnochan took a modern dance class as a PE requirement and fell in love with it. From there, she took similar classes at the college and in various studios.

When Carnochan graduated, she was offered a job teaching in Baltimore, and she decided to try acting as well. By reading reviews of community theater performances in the Baltimore Sun, Carnochan found an audition for a production of Hot l Baltimore, and she was cast. It was during this time that she developed a passion for theater.

After three years in Baltimore, Carnochan went to graduate school at the University of Maryland to study Spanish literature.

Once Carnochan had her master’s degree, Dartmouth Professor John Rassias trained her in the Rassias method, a drama-based method of teaching language. The method spoke to her because it fused her interests, she said. The method involves the teacher acting out a skit, students giving choral and individual responses, and students performing substitution drills before creating language on their own. “It replicates the way little kids learn, but in a super condensed form,” Carnochan said.

Carnochan then moved to New York City to try her hand at professional acting. Soon after, she received a job as the Director of Rassias Method Language Programs at Baruch College. Carnochan continued auditioning and performing on the side, but she stopped after a few years.

In the mid 1990s, Carnochan gave a two hour workshop on the Rassias method at the school. In the workshop, she taught a sample class using Modern Greek so the teachers could experience the method through a student’s perspective, she said.

While arranging the logistics of the workshop, she became aware of job openings for teachers in the World Languages Department. “I threw my hat in the ring,” she said. In 1997, she was hired as a Spanish teacher and has taught at the school ever since.

In 2007, when Carnochan and her family moved out of the city, she applied for a job at a different high school, but she decided not to leave. “The vibe was nowhere near HM,” she said. “There’s something really special about Horace Mann students. There’s an energy, and intellectuality, a ‘joie de vivre.’”

Between 2010 and 2018, Carnochan served as World Languages Department Chair. AJ Walker (11), who was in Carnochan’s Spanish 2 class last year, said that her availability and approachability set her apart from his other teachers. “You could tell that she cared about us and about what she was doing.”

For Sadie Hill (12), Carnochan was her “go-to person” whenever she was having trouble with anything, she said. Hill had been in Carnochan’s advisory since her freshman year, so the two would often meet and have long conversations about life in general as well as school. Although Carnochan is no longer her advisor, Hill knows that she will contact her during the year for advice.

Along with her availability, Carnochan’s understanding of the classroom made her stand out from other teachers, Emily Marks (12) said. Marks had Carnochan as a teacher for both freshman and junior year, and she was always approachable and supportive, she said. When school first transitioned online, Carnochan postponed the class’s reading of the Spanish novel “Como agua para chocolate” for the first week to allow students to adapt to the new format of learning, Marks said. “She was always in tune to the class.”

Carnochan worked hard to make Spanish class fun, engaging, and fresh, Spanish teacher Diego Argibay said. “She was always trying to reinvent a way of teaching a concept,” he said. “Very seldom did I ever see her recycle material from previous years.”

In her time at the school, Carnochan helped expand the World Languages Department’s teaching methods beyond just grammar, Valencia said. “We all need the grammar to make the language work, but her effort has also been to make it an experience so students have a chance to inhabit different cultures and to use it in their daily lives,” she said. “It is a beautiful way to live and learn about others.”

Carnochan also had an impact on Valencia’s understanding of teaching, Valencia said. “She convinced me that the only possible way to teach is to teach through compassion — to understand the process of learning.”

Carnochan’s incorporation of the Rassias method into her teaching helped Walker learn better, he said. “We would mostly have people read [skits] from their seats instead of fully acting them out, but she would always stop us and make sure we did it with emotion,” he said. “The skits were really funny and entertaining, so whenever I struggled with commands I thought back to them.”

Beyond Spanish class, Carnochan took every opportunity possible to participate in performances at school, Valencia said. Two years ago, Carnochan suggested Valencia join her in performing in the spring production, Sophisticated Ladies, and Valencia did. “When classrooms were empty we were there, rehearsing the steps,” Valencia said. “We were like little kids putting on makeup, asking each other, ‘My eyelashes are OK?’”

Carnochan said she enjoyed performing in school productions in part because it allowed her to form connections with students she didn’t teach. “Sharing the camaraderie typical of production rehearsals and performances creates a deep unspoken tie among most performers,” she said. “It is always important for teachers to see our students in sports, music and theater performances, and to see their art and read their publications. We can appreciate and understand the whole student so much better and this fosters deeper ties among us as a community.”

In her last few years at the school, Carnochan worked alongside Dean of Students Michael Dalo to arrange Spanish language trips over the summer. In 2018 and 2019, Spanish teacher Arni Alvarez went to Salamanca, Spain as a supervisor for the trip, he said. While the students were taking classes at a school in Salamanca, Carnochan encouraged Alvarez to lead a lesson about the novel “Lazarillo de Tormes,” he said. “Her input allowed me to participate as a teacher during the group, not just as a supervisor.”

Tiger Lily Moreno ’20 met Carnochan on the Spain trip in June 2019, and Moreno was struck by how kind she was, even to students she had never taught. Moreno recalled one day when Carnochan went to check on Moreno and her friend, the three of them ended up speaking for two hours. “[She taught me] the importance of being kind and going out of your way to make sure somebody is feeling good and comfortable,” Moreno said. “Making a connection with your students is really the main goal, and if you go above and beyond like she does, you’re going to be remembered as a great teacher.”

Carnochan loved planning and attending school trips, she said. Now that she is retired, she hopes to travel more, and she is considering spending part of each year in Barcelona.

Although she doesn’t have a fixed retirement plan yet, Carnochan has contemplated pursuing writing. In graduate school, one of her professors and his wife “practically adopted” her, and they became her lifelong friends. The professor had been a judge during the Spanish Civil War, so Carnochan said she is considering writing a story that combines his biography with the history he lived through. Alternatively, she may write a screenplay of a fictionalized version of her own story, she said.

For now, Carnochan is working with Vote Forward and Indivisible to raise the voter turnout for the 2020 election. “I am deeply concerned about the millions of underrepresented people in our country and the all-too-frequent voter apathy of previous elections,” she said. “I am happy to have the time to do something to contribute to the effort to encourage everyone to vote.” Carnochan is writing postcards to Pennsylvania citizens reminding them to vote by mail and letters to send in late October encouraging unlikely Florida voters to vote. She will soon begin text banking for Joe Biden and Kamala Harris as well.

Carnochan’s legacy will remain at the school for a long time, Valencia said. “The fundamental wonder of teaching is that what you do, when you leave, remains,” she said. “She is not here, but she has left such a trail of beautiful things and examples and ways of being a wonderful human being. Those things are not going anywhere.”