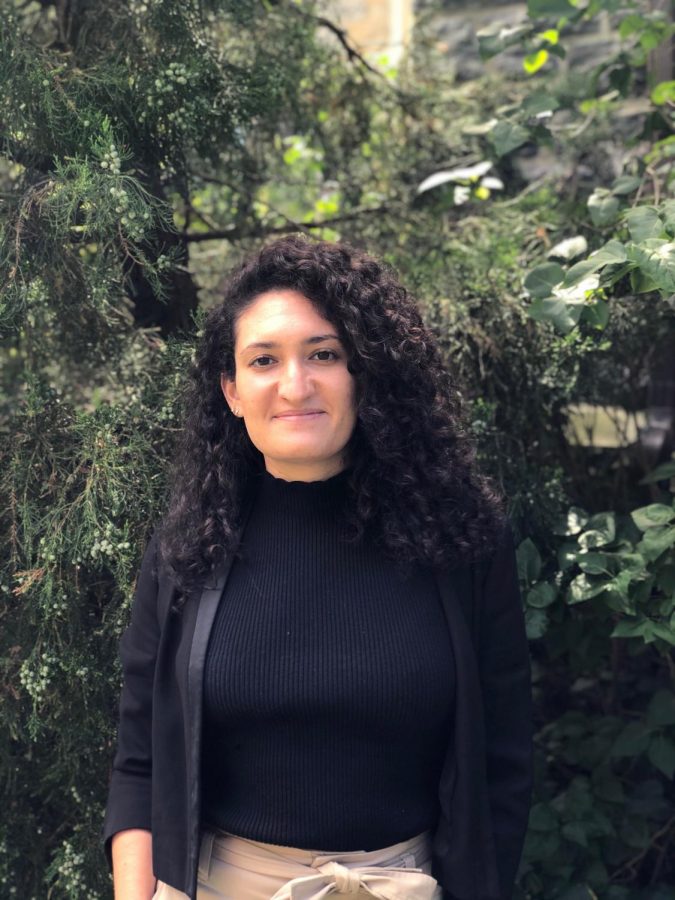 “Horace Mann has kind of remained my home in my heart,” French teacher Anna Salzman ’09 said. “It’s a very exciting moment to realize I’ve gone from pupil to teacher.” After graduating from Horace Mann, Salzman attended Johns Hopkins University, where she double majored in French and Art History. She then lived in France for three years, where she continued to study French and taught English to students. Salzman later received her master’s degree in History and Literature from Columbia University and conducted research on 19th century French travel literature for two years at Yale University. Last year, she taught French at the Princeton Charter School in Princeton, New Jersey. Salzman said her love of teaching evolved from her love of learning. “I think the life of the mind is something Horace Mann emphasized when I was there, which just stuck with me.” She loves French for a number of reasons, in part because of its ability to open one’s mind to other worlds and cultures. “French is like yoga: you can feel your flexibility grow as you put more time into it,” she said. “As I became more and more literate in French, I’ve had access to more of their art and culture and poetry and novels.” Salzman is grateful that she knows the school well and said it will be an advantage when starting her job. “One of the privileges I have as an alumna is that I have lived the experience that you guys are going through,” she said. “I’ll relate to what you’re going through and I’ll hopefully be able to offer some wisdom.” Outside of teaching, Salzman enjoys watching French films, listening to music, attending concerts, and taking photos, she said.