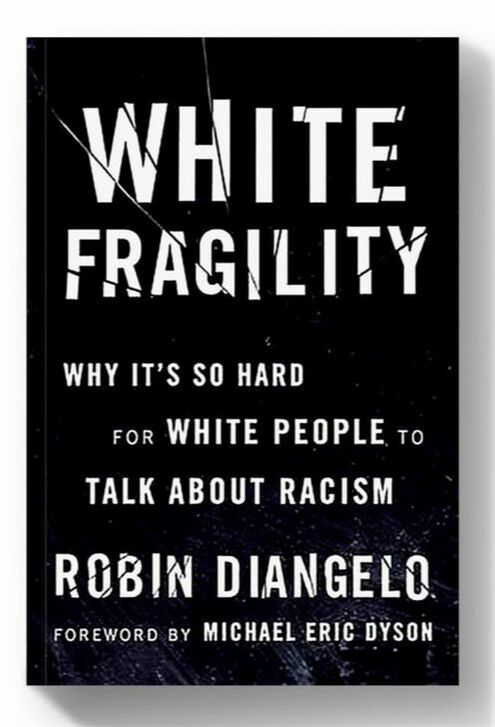 After Taylor framed the day’s events, DiAngelo, author of “White Fragility,” spoke and presented a slideshow. Later, faculty took part in racial affinity group discussions, and the day ended with an optional cross-racial processing space, which around one third of the faculty chose to attend, Taylor said.

DiAngelo is a lecturer and academic working in the field of Whiteness Studies, according to her website. She is currently an Affiliate Associate Professor of Education at the University of Washington, Seattle.

The keynote lecture, which lasted two hours, was a highly informative aspect of the day, English teacher Jennifer Little said. Through a structured speech and presentation, DiAngelo explained the prejudices and racial biases of American systems, expanding on concepts covered in her book, she said.

Taylor also worked with Director of the HM Parent Institute Wendy Reiter to offer a family engagement lecture with DiAngelo later that evening. At this event, DiAngelo went through the same presentation, Levenstein said.

Evie Klein P ’18 ’21, who attended the event, was captivated by the images that DiAngelo used throughout her talk, which were primarily infographics that detailed racial statistics within the U.S. “She really wove the arc together,” Klein said. “She knew who her audience was and that the majority of them were white parents, and she really catered towards that.”

“She was very successful at cutting through any ways that white people might excuse not talking about race,” Little said. “It was very impactful to hear her just break down all the different reactions she has heard when white people are confronted with these topics.”

DiAngelo’s understandable yet informational language stuck with world languages teacher Daisy Vazquez, she said. In her presentation, DiAngelo explained how the mainstream definition of a racist — an individual who consciously does not like people based on their race and is intentionally hurtful — actually protects the system of racism. DiAngelo also offered a series of reflective questions to deconstruct bias and for the faculty to reflect on what ways race has shaped their lives, Vazquez said.

After the presentation, faculty members split off into racial affinity groups: one designed for white-identifying faculty and the other for faculty of color. Little, who attended the affinity group for white-identifying faculty, was asked to journal responses to the lecture and reflect on her own experiences, she said. DiAngelo, who led this group along with former Director of the ICIE John Gentile, asked white faculty members to set goals for themselves for the future. Little plans to continue educating herself after the completion of this event, because she understands that anti-racism goes beyond a few hours at a workshop, she said.

Meanwhile, faculty of color reflected on their day, Taylor said. “We really focused on figuring out what we need from our white faculty and white people in general in order to make the school more equitable,” he said. “Moreover, we talked about how faculty of color, despite their various ethnicities, can best support each other.”

The final event of the day was an optional cross-racial processing space, designed to allow white faculty to hear from their co-workers of color, Taylor said.

Although the space was not a required part of the day, 130 out of the 360 faculty members present throughout the day came to the space, Levenstein said.

“That was a powerful moment to showcase,” Taylor said. “When you feel alone, just know that there are 129 other people on this campus that are committed to the same work.”

Since this was the first time a cross-racial discussion space was held for the entire faculty, Taylor wanted to be careful to make sure it was not a harmful space for anyone present, he said. “Had I made that space mandatory, we may have had some people come in that were not there to be productive,” he said. “They could still have been processing parts of the conversation, and then they could have come in and been more disruptive and destructive than productive.”

During this group, faculty of color were given 20 minutes to share what they had spoken about in their affinity group and to ask their white coworkers to act in ways that would be beneficial to them and supportive of their needs. Then, white faculty members were given 15 minutes to make commitments to create a more equitable school environment, Taylor said.

Taylor said this optional workshop was the most successful part of the day. “In my four years as an employee at this school, this was the first time that we came together in a cross-racial setting to talk about these issues,” Taylor said. “We asked the white people in this space to listen and to share what they had learned, and they actually did.”

“In our society, oftentimes people of color are told that they can’t have access to something or they can’t enter into certain spaces,” Taylor said. “We wanted to model what it would have looked like to have equitable time.” Since history has put people of color in the backseat on so many things, they gave them more time to share, he said.

Levenstein first had the idea for this event in March of 2019, after reading “White Fragility,” DiAngelo’s most famous work. “This book [was] incredibly useful to me, and I can only imagine that it would be very useful to my colleagues,” she said.

She brought the concept of a “faculty read” to Gentile, who already had an established connection with DiAngelo, Levenstein said. Gentile invited her to speak at the school last March, Levenstein said.

Due to the coronavirus outbreak, the school postponed the event; however, faculty members had a chance to read DiAngelo’s book and discuss what they had learned in smaller, cross-departmental workshops throughout last fall and last winter. “We came together and discussed DiAngelo’s work chapter by chapter,” Levenstein said. “Those were incredibly successful and interesting discussions, so we were really ready and excited for her visit in March.”

After the postponement, ICIE rescheduled with DiAngelo, asking her to provide a virtual talk and the administration decided to give students the day off and faculty members were asked to Zoom into workshops, Levenstein said.

Taylor hopes that the impact of this day will go beyond Tuesday’s discussions, he said. “We are not doing this work just to give ourselves a pat on the back,” he said. “We have to reflect on what we did in order to become a better, more equitable school.”