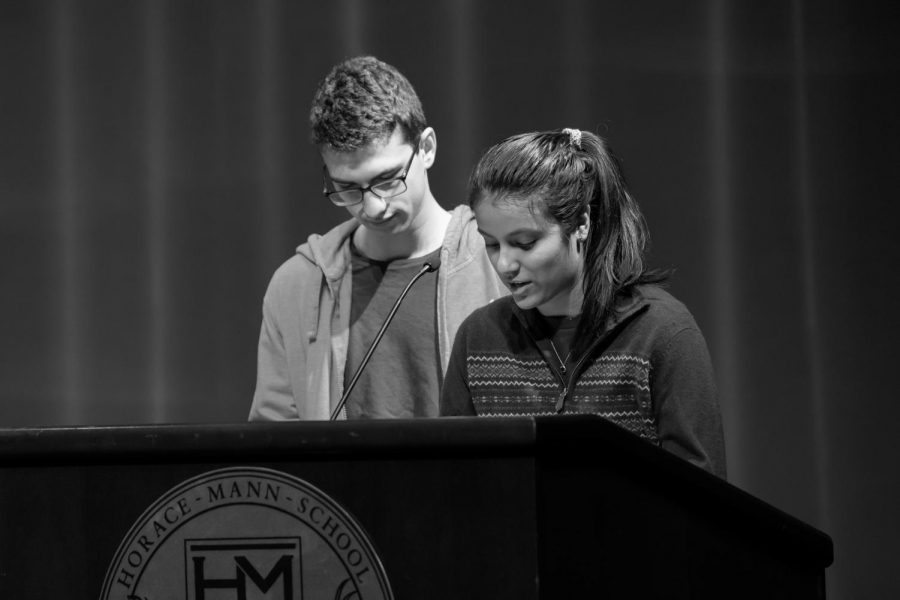 The school eliminated the Student Body President (SBP) and Class President positions, Dean of Students Michael Dalo announced in an email last Thursday. Instead, there will be six elected representatives from the freshman, sophomore, and junior grades and two more for the senior class on the Community Council (CC). Once elected, the CC will vote on two seniors for the position of Community Council Co-Chair, Dalo wrote.

The reasoning behind the changes was partially based on the CC and president positions’ inability to work together effectively and the frequent miscommunications that would arise from the two  independent governing bodies. “All of them are working towards great goals, but they are working in isolation,” Dalo said. “This resulted in uncoordinated efforts and in adults in the community being approached by multiple student leaders about similar issues.”

Dalo also cited the competitive nature of the elections for SBP and Class President as part of the reason for eliminating the positions. “Perpetuating a system that creates competition and stress (elections) and results in certain students receiving titles and others not, therefore prioritizing certain voices over others, is not a way to unite us or to practice the values that we believe should define us as a community,” he wrote.

Steve Yang (10), who was the Class of 2023’s Class President last year, said although the old system worked pretty well, he understands the justification behind the new system. “There will be a more unified front and strength in numbers, so that may help,” Yang said. “When there’s multiple people working on the same thing, it might be more conducive to more change.”

The new system will allow for all members of student government to be on the same page, so there will be greater potential for progress, Justin Gurvitch (11) said. “It’ll open better channels of communication with the administration so that initiatives can be done collaboratively,” he said.

Roey Nornberg ’20, who was SBP last year, thinks that the administration’s motives behind the decision are valid. “When I was SBP, I definitely felt like I was able to collaborate and work with the CC at times,” he said. “However, I think that was something that we needed to actively think about as opposed to something that was already a given and instilled in the structure.”

Madhav Menon (12), who has been his class’s president for the last two years and who was planning on running for SBP this year, was taken aback by the administration’s decision, he said. “The part that really shocked me was that they openly admitted to thinking about this for a long time,” he said. “The most frustrating thing is that I had been thinking about this election for months now. If the school had just told us this five months ago, or that it was even in consideration, they could have saved me a lot of time and planning.”

To alert members of the student government of the changes, Dalo hosted a Zoom meeting with the CC and class presidents the same day that the email to the UD was sent out. “I didn’t want them to find out about the change via email with the rest of the student body and not have an opportunity to ask questions if they had them,” Dalo wrote.

At the meeting, Dalo also discussed the potential addition of initiative- specific committees to the CC, Rowan Mally (11), a member of the CC from last year, said. “For instance, CC members who are interested in cafeteria initiatives can form a cafeteria committee to work directly with Ms. Cohen and the FLIK staff, rather than getting every CC member involved,” Mally said. “I think it’s a great idea because if I am interested in a specific topic, such as voter turnout among the student body, I can work with a smaller more initiative focused collaborative group, rather than the entire CC, which I think will be more effective.”

Menon was frustrated that the meeting wasn’t held earlier and that the administration didn’t discuss possible solutions to their concerns with the student government before making their decision. “It was just shocking to me that it wasn’t really a discussion,” he said. “It was kind of just a call to let us know that they had changed it a minute or two before everyone else found out.”

Dalo chose to announce the news to the student government at the last minute out of fear that if he told them any sooner, the news would spread around the school, he wrote. “Had I met with them a week, day, or even hours before emailing the student body, the plan would have been shared amongst the entire UD and there would have been too much potential for the plan and reasons behind it to be explained in ways that were incomplete or, worse yet, inaccurate,” Dalo wrote.

Although Menon is upset that the decision was announced so last-minute, he feels there is some  truth to the reasoning behind the changes, he said. “The Community Council, the SBPs, and even the class presidents haven’t communicated the best with each other,” he said. “I just disagree with the solution to that problem.”

One potential negative of the new system is the loss of the bonding aspect of class presidents, Yang said. “One downside would be the partnership and the working-together feel of the SBP’s or the class presidents — me and my partner, we worked really closely, and we grew much closer than we were before,” Yang said. “That working together in one position, that sense of collaboration, that aspect might be diminished.”

Nornberg said that another negative aspect of the new system is that no position is elected by the whole student body. “I thought that was something that I really valued when I was SBP, knowing that the whole student body elected me and it almost gave me a larger responsibility to advocate for everyone at every turn,” he said.

Student presidents and SBPs are necessary for student government to function well, Menon said. “Any club you’re in, it’s important to have leaders, to lead the club,” he said. “I view it as the same thing — the student body needs a leader. Maybe, in some aspects, that creates a hierarchy, but it’s necessary to allow the system to work.”

The SBP and class president positions created an unnecessary hierarchy, Dalo wrote. Certain students held positions that, by virtue of a title, afforded them a sense of more authority or high standing over others. “Why should there be two class presidents who, in title, have more authority or high standing over matters related to their class than the representatives? Instead there can be six representatives who divide the work and initiatives related to their grade,” Dalo wrote.