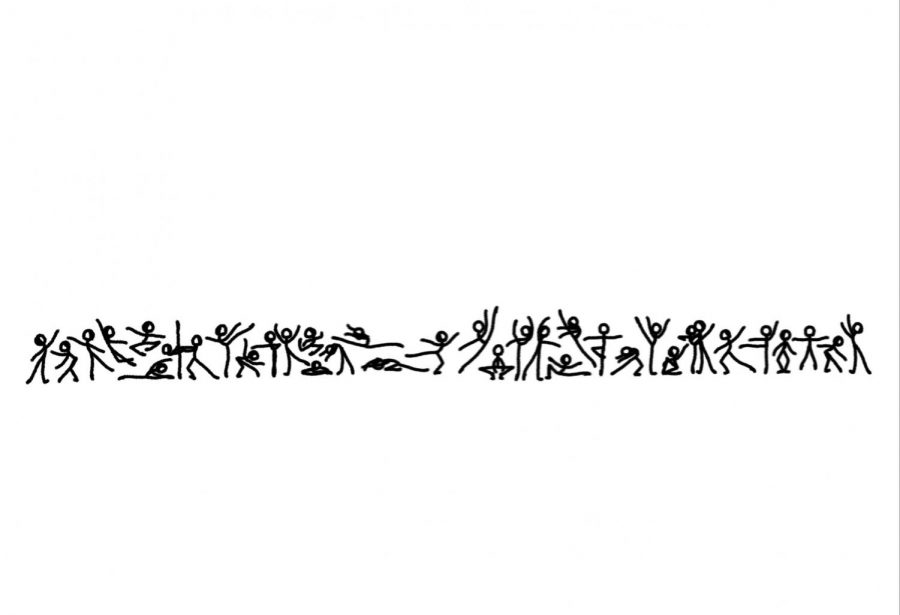 When Giselle Paulson (10) began scribbling dancing stick figures into the corner of her French textbook in fifth grade, she didn’t realize that the hobby would later become a cherished part of her life. Within a week of experimental doodling, Paulson found herself choreographing technical dance routines for her stick-figure characters.

When Paulson danced with the School of American Ballet, she had to practice for 12 hours a week and attend additional rehearsals and performances with the New York City Ballet. After she quit in seventh grade due to the intense time commitment, she knew that she wanted to remain involved in dance, so she began to make simple animations and incorporate advanced dance techniques that she used to perform herself, she said.

Alison Kolinski, Theatre, Dance & Film Studies Department Chair was amazed by the technical accuracy in Paulson’s animation, The Clock, which was shown at the school’s opening assembly. “I was blown away by how intriguing and thought out the storyline was,” Kolinski said. “I got chills watching it, because it really is terrific work.”

Megumi Iwai-Louie (10) was shocked by the level of detail shown in The Clock. “I am a violinist, so I especially appreciated that her song choice was so deliberate,” she said.

Paulson chose to use the song “Nuvole Bianche” by Ludovico Einaudi because it reminded her of the fluidity of water, she said. “The song also reminds me of time passing, which was the reason I decided to feature an actual clock with the dancers performing along with the hands.”

The process of combining each individual drawing is quite tedious, Paulson said. She begins with a single drawing on a post-it note and lines each sketch up with the previous one. The Clock includes 625 individual sketches. Depending on the specific animation, Paulson draws up to 1,500 frames. After drawing each frame, Paulson combines the photographs of her sketches through an app called Stop Motion.

“Giselle is a passionate and talented student, which are wonderful qualities,” Kolinski said. “She doesn’t need to be pushed, because she’s got the motivation in her.”

Anyone can doodle, but Giselle’s commitment sets her aparts, Iwai-Louie said. “She was so busy over the summer, but somehow she still found time for her doodles. That is dedication.”

Paulson said her mother has been one of her biggest mentors throughout her creative processes. “My mom just knows when I’m in the zone and exactly how long I will take,” she said. Her mother understands how emotionally and physically draining it is to sit and work for an extended period of time, Paulson said.

Bela Tinaj (10), a dancer, is astounded by Paulson’s ability to bring her art to life through dance. Paulson’s advanced choreography and the technicality of her doodles are impressive, Tinaj said.

The emotions evoked by Paulson’s animations are unique to each dance and song, and every viewer can interpret it differently, she said. For Tinaj, the message behind The Clock was about falling and having people there to catch you and pick you up, she said.

Paulson created her Instagram account, @doodles_into_dancers, a month ago to showcase her animations. She initially had the idea to start a social media account a few years ago, but she knew that she needed to have several animations stocked up before she opened up the account so that she could post regularly. Now that she has started the account, Paulson wants to post every one to two weeks so that she can keep her followers engaged. In the future, she hopes that her animations will reach a wider audience, consisting of those who don’t know her personally.

“It really takes a lot of patience, but the thing that keeps me going is imagining how the finished product will look and how fulfilling and exciting it will be to see it completed,” Paulson said.