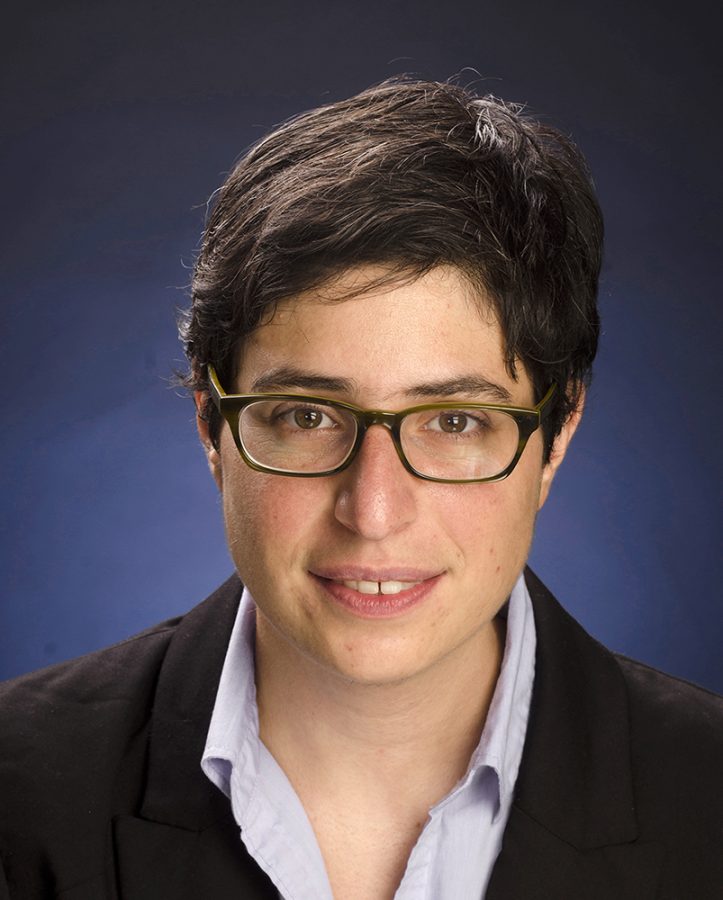 On Tuesday, professors Ana Raquel Minian and A. Naomi Paik addressed misconceptions of immigration by providing historical context to the US-Mexico border as part of the Upper Division (UD) History series: “How did we get here?: Exploring the History of Migrants, Migration, and Building the Wall.”

History teachers Dr. Emily Straus and Melissa Morales hosted the second installment of the series and the hour long discussion was also moderated by Ericka Familia (12) and Sogona Cisse (12).

Familia wanted to co-host this event because, as the daughter of immigrant parents from the Dominican Republic, the themes hit close to home, she said.

Familia hoped the viewers would contemplate the speakers’ words, she said. “Just remembering that they [the speakers] are professionals in their fields,” she said. “The only way to really learn from an event like this is to really keep an open mind and try to critically think about everything they are saying and actually consider it rather than just rejecting it.”

Minian is part of the history department at Stanford University, where they teach classes on Latinx history, immigration, and histories of incarceration and detention. Paik teaches Asian American studies and Gender and Women’s studies at the University of Illinois at Urbana-Champaign.

Both Paik and Minian explained that we cannot solve existing crises surrounding immigration if we do not understand the history— understanding the past problems of undocumented migration can help lead to better solutions.

Both speakers partially credited the increase in migration to an increase in border security. It became almost impossible for Mexican men to cross to the US and return to Mexico, Minan said. Paik added that as long as immigrants have been targeted by the United States and other government officials, there have been migrants resisting that targeting. This history shows us that every time we try to lock down the border, it has the opposite effect of what it’s supposed to do, she said.

In terms of how the United States currently deals with immigration, Paik said that President Trump’s attempts at fortifying the country’s southern border have been ineffective, as he has poured gasoline on fires that were already raging, she said. The Trump administration’s immigration policy has given people the false impression that he has tackled these problems when in reality, he has worsened them, she said. Border fortification had the exact opposite effect of what it intended to do, increasing the number of migrants who remained in the United States, and a wall along the southern border will have a similar result, Minian said.

Paik also emphasized the importance of not wallowing in leftist pessimism, she Paik. Engaging with pessimism is disempowering for movements and does the work of the right and the state without them having to do anything. “Why would we concede before we even get into the fight,” Paik said.

To explain how high school students can help resolve the current migration crisis, both speakers underscored the need for change in the high school curriculum. As of now, most students and even adults are unaware of the history surrounding immigration reform, because most of what students learn in schools, and through other sources like the media is “fan fiction,” rather than actual U.S. history, Paik said. Both believe that the curriculum students are taught must be amended in order to encompass the entire picture of immigration.

Bienstock hopes that by introducing topics that do not receive as much classroom attention, the speaker series will help the community more comfortably discuss issues revolving race and ethnicity both as a community and as Americans.

Rebecca Rosenzweig (12), who attended the discussion Tuesday night, said that the speakers were both very intelligent and that their takes were valuable. “I think all UD students should be encouraged to attend since if only those already interested or educated on the topic attend, those who might benefit the most from the lessons would miss out,” she said.

Tuesday’s event introduced discussions regarding immigration reform while making attendees more aware of the topic. “I think it is good that viewers will be left with questions,” Familia said. Familia also hoped that after the speaker series, people thought about issues that do not necessarily pertain to them and question other people’s experiences more regularly than they otherwise do, she said.

Morales said that Minian and Paik both did a great job of demonstrating the ways in which practices and policies on immigration have a direct connection to current conversations. “It is our hope that Professors Minian and Paik were able to deepen that understanding by allowing our community to think more deeply about the policies, practices, and ideologies that inform the conversation,” she said.