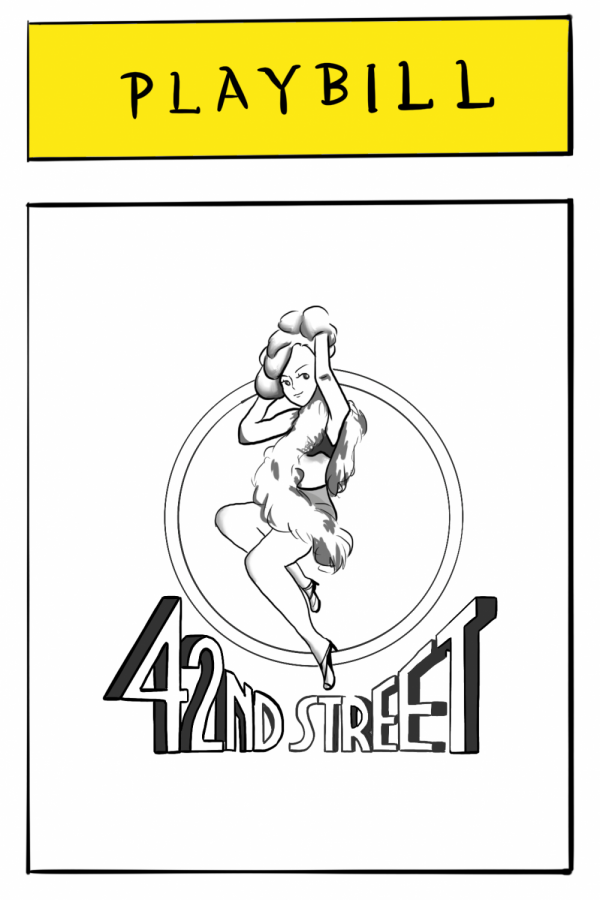 From the big Broadway stage to the television screen, Theatre, Dance & Film Studies Department Chair Alison Kolinski is no stranger to a large audience.

Kolinski danced through college, she said. After college, Kolinski decided to go to California where she landed a role in Hooray for Hollywood, a review of great movie musicals and songs. This show took Kolinski across the world to Spain, France, and Baghdad. “Each time I said ‘what do I want to do next?’ [the answer] was ‘I want to check out New York,’” she said.

When Kolinski arrived in New York, she auditioned to be a member of the original cast of the musical 42nd Street, received callback after callback, and landed the role, she said. “A lot of people are in New York for years and years before they get their first Broadway show, and my timing was perfect,” she said. While performing on 42nd street, Kolinski met dance teacher Denise DiRenzo.

After performing on 42nd Street for a year, Kolinski left to perform in Bob Fosse’s Dancin’, but after the show closed, Kolinski found her way back to 42nd Street. After leaving the show again, she started working on a new Broadway show called Scandal. Unfortunately, the show never made it to the stage due to the passing of the director, Michael Bennett. And once again, Kolinski eventually made her way back to performing on 42nd Street, she said. Kolinski performed in 42nd Street for a total of three years, and was there for both the opening and closing of the show.

In between shows, Kolinski performed in a dance scene in the original version of the movie Annie, she said. The scene in the mansion took three whole weeks to shoot because when the maids danced through Warbucks’ house, they had to reset the stage every time. She also starred in numerous commercials, her favorite of which was for Crystal Light because she was a spokesperson for the brand, she said. Kolinski also traveled around the world, starring in many industrial shows for big brands such as Pepsi and Cadillac.

For Kolinski, one of the most exciting moments of her career was the thrill that came with her opening night performances, even though they didn’t always go exactly as planned, she said. She also loves seeing herself in commercials and films on screen.

Kolinski spent 12 years performing on Broadway, and loved each of the shows she was a part of, she said. Together, Kolinski and DiRenzo starred in off-Broadway productions including Peter Pan in Raleigh, North Carolina. During these shows, they became great friends, Kolinski said.

Over the last 40 years they have toured Broadway and performed with one another, DiRenzo said. “I would say she was the kindest person I had ever met.”

But with Broadway came many challenges. Kolinski, for several days prior to auditions, always felt nervous, she said. “You are constantly putting yourself on the line, and making yourself available and it is nerve wracking,” she said. Kolinski dealt with her nerves by trying to always give 110% for the audience.

When she was on stage, Kolinski felt like she had transformed into somebody else, she said. “The minute I started dancing, the butterflies went away, and I was present in the moment.”

In 1990, with her family, Kolinski decided to move to Riverdale, she said. During that time, the school’s theatre company was putting on a performance of the show 42nd Street when they heard a member of the show’s original cast lived close by, Kolinski said. Kolinski helped choreograph for the school’s production of 42nd Street, and four years later, she decided to become a full-time teacher.

As the Theater Dance, & Film Studies Department kept growing at the school, Kolinski contacted DiRenzo to see if she was available to start teaching dance at the school, and DiRenzo has been at the school ever since, she said.

Kolinski always felt that she belonged on stage. “I love dancing so much: it was my gift to give,” Kolinski said.