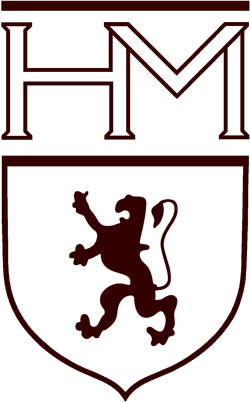 This week, The Record previewed the eight-page report explaining the Special Committee of the Alumni Council’s decision not to recommend revoking Attorney General William Barr’s 2011 Award for Distinguished Achievement.

We analyze the full report later in this issue, but these are our overarching critiques.

The Report’s scope is embarrassingly narrow.

The Special Committee wrongly assumes the opposition to Barr emerged solely from the incident at Lafayette Square. While the petition addresses only that incident, it is clear that signatories see Lafayette Square as one of Barr’s numerous abuses of power. Barr has been criticized by an array of authorities — from former Attorney General Eric Holder to over 80% of the faculty of George Washington University Law School, Barr’s alma mater — for undermining the legislative and judicial branches, for politicizing the Justice Department through his unrelenting loyalty to the president, and for attacking those with whom he disagrees. Last week, Phillip Halpern, a 36-year veteran of the Justice Department, resigned in protest and publicly rebuked Barr, writing that he “undermined the rule of law, damaged public confidence that the law applies equally and fairly to all persons, and demonstrated contempt for basic constitutional rights.” In short, Barr failed to fulfill his oath of office to “support and defend the Constitution of the United States.” The committee does not recognize these perspectives, but instead focuses on one troubling event in a 20-month tenure filled with misconduct.

The Report is directly at odds with the school’s core values.

Horace Mann, according to our Mission Statement, values mutual respect and prepares its students to lead “giving lives.” While Barr may be distinguished by nature of his career, under his current position as Attorney General he has behaved in ways antithetical to his office and our core values. Since his appointment by President Trump in February 2019, Barr has placed politics above justice, interfered with the work of impartial career prosecutors, hampered Congressional oversight, and undermined the special counsel’s investigation into Russian interference in the 2016 election. The Committee, however, did not consider our values as an institution in their criteria for revocation. As a result, they created a Report incompatible with the mission of the school.

The Report undermines the community’s voices.

In Issue 2, we published an article detailing the potential to revoke the award, including Barr’s character at Horace Mann and beyond, the implications of removing an award, and the varied opinions of students and alumni. Our reporters actively sought to speak to students, parents, and alumni with a wide range of perspectives, and we shared our findings with the community. The Special Committee did not hold themselves to the same standard. They claimed to review phone calls, emails, and comments on the petition and social media websites. By their own count, 1,751 alumni voiced discontent with the award — a number that should greatly alarm the members. This is especially concerning because the Alumni Council is supposed to be engaged with the larger alumni community. Because the Committee created this Report without properly giving voice to alumni and students alike, we felt unheeded and disrespected by their decision.

The report is an exercise in cowardice.

This report, we have concluded, was an exercise in cowardice. The type of narrow framework the Committee has used — a legal-style analysis of cherry-picked evidence —  is exactly what students are taught not to do in their humanities courses. The report forces a specific thesis without providing a larger context. The anonymity of the Report’s authors reinforces our impression that the Committee’s members knew this decision was flawed and felt uncomfortable taking responsibility for it. Even more alarming, the representatives of the council declined to say how many members of the Committee supported the report.

The award should have been revoked.

Because the Committee refused to acknowledge other evidence or perspectives, we can only speculate that they purposefully came to this conclusion because they were worried about potential repercussions of revoking the award. Might a handful of conservative donors be offended? Would the Alumni Council be accused of promoting cancel culture? Maybe. It is impossible to know — but we believe that the Committee has chosen to stay out of headlines as opposed to making the morally correct decision.