Our generation struggles to discuss race 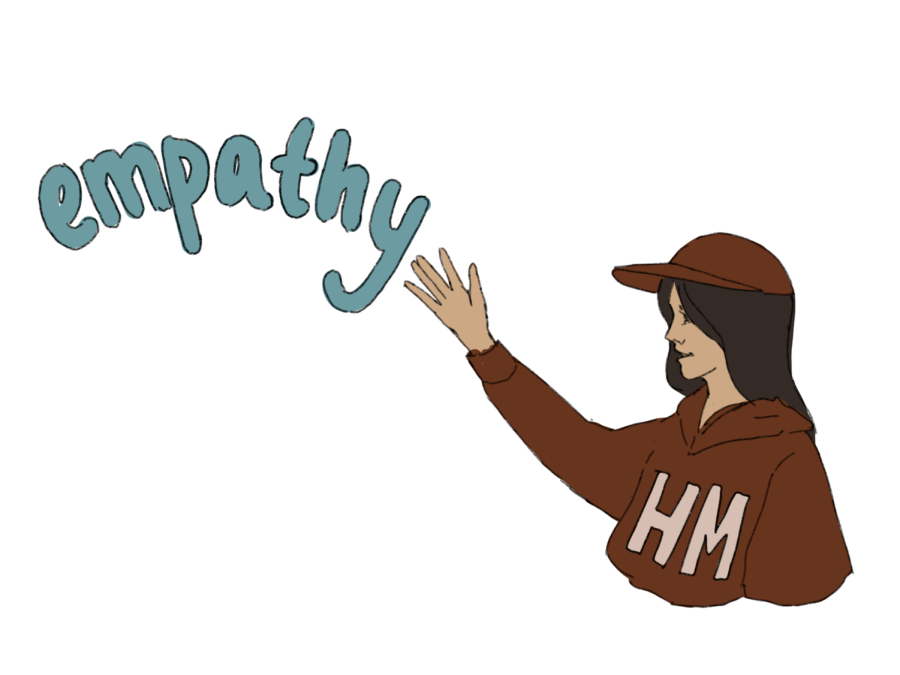 Vivien: Amidst arguably the most divisive political climate our generation has lived through, there is one characteristic that Horace Mann’s liberal and conservative students share: a deafening silence during sensitive discussions of identity. To be clear, the silence I have perceived does not necessarily mean that the student body does not hold opinions regarding politics — especially racialized issues. Students have been reposting politicians’ tweets and resharing petitions in an unprecedented storm of social media activism. Yet time and time again, after History Department-sponsored speaker series and national tragedies, many of my classmates choose to opt-out of subsequent classroom discussions — ultimately to the detriment of our futures as adults directly engaged in the political sphere.

Jaden: This summer, Breonna Taylor was murdered by the police officers sworn to protect her. The grand jury refused to indict two of the officers involved in the murder. Though present before us was one of the major instances of injustices that we as students have lived through, I am sure that all of us were witness to the blank faces of our classmates who did not have a meaningful thought to contribute concerning the violation of Taylor’s civil liberties. We have all heard that Horace Mann students are learning to “speak truth to power” from this year on, but how can that happen when students refuse to speak? Not unbeknownst to anyone who attends this school, it is clear that students are not comfortable with discussions of race and politics, most notably where these two areas intersect.

Vivien: For students whose identities are not directly implicated in such events, the choice to remove ourselves from conversations regarding racialized politics stems from a fairly rational fear of overstepping boundaries. The boundaries are very clear-cut: are you or are you not a member of the community targeted? And if not, is it your place to be speaking about the issue at all? In Breonna Taylor’s case, many of my liberal counterparts were quick to condemn the decision by the Kentucky Grand Jury, dubbing it a costly failure of the justice system and a testament to the necessity of dismantling the police system. But answering the questions that naturally follow that conversation — Am I doing or saying enough? Or too much? — veers into uncharted waters for many white activists. I myself have struggled to achieve a balance that involves using my white privilege to uplift Black voices while simultaneously removing myself from conversations in which my livelihood does not have a personal stake. And what if I do not agree with the consensus that my Black peers have come to about a racialized issue in those discussions? How can I possibly argue against — or even begin to understand — an opinion about racism that a Black student espouses when I am white?

Jaden: What a question, and one I imagine many students had during this period of acute sensitivity regarding racial issues. I will preface my opinion by saying that I am by no means the only voice on this issue, nor have I been elected Speaker of Black America. Racism is a thing, obviously, but it is not some sensation that only certain groups are privy to. It is a phenomenon that has a definition, that has been and can be identified by any person. Black students in this case, or students of other identities in any other, have a unique sensitivity to issues that those of other races might not identify. This does not mean that students who are not directly implicated in these issues are numb to them entirely — no person should be.

During last month’s UD History Speaker Series, Dr. Jelani Cobb argued that Jim Crow was not a “Black issue” but an issue that affected all of America, especially American democracy. This also applies to the broader idea of racism: it is ugly and should make any person uncomfortable, and it corrupts many social and political institutions. The justifications of racism and actions taken by racist institutions can be utilized in the perpetuation of anti-semitism, misogyny, or xenophobia. During the 19th century, Irish immigrants were depicted as subhuman apes right alongside Black Americans. Therefore discussions of race, whether racism against Black people or another group, goes beyond the individual group affected; and there are certainly not enough Black people in America for us to “solve racism” on our own.

Vivien: Thus we encourage non-Black students to engage in discussions that are perceived to be uncomfortable. The burden of dissecting racism and its implications in the political sphere should never be solely carried by those whose livelihoods are at stake. Ultimately, being an ally does not just mean reposting infographics when social justice is popular or staying silent when it is convenient. It is taking the next step — one that necessitates vulnerability and candor — that must become part of Horace Mann’s attitude towards racism in order for discussions to be remotely productive.