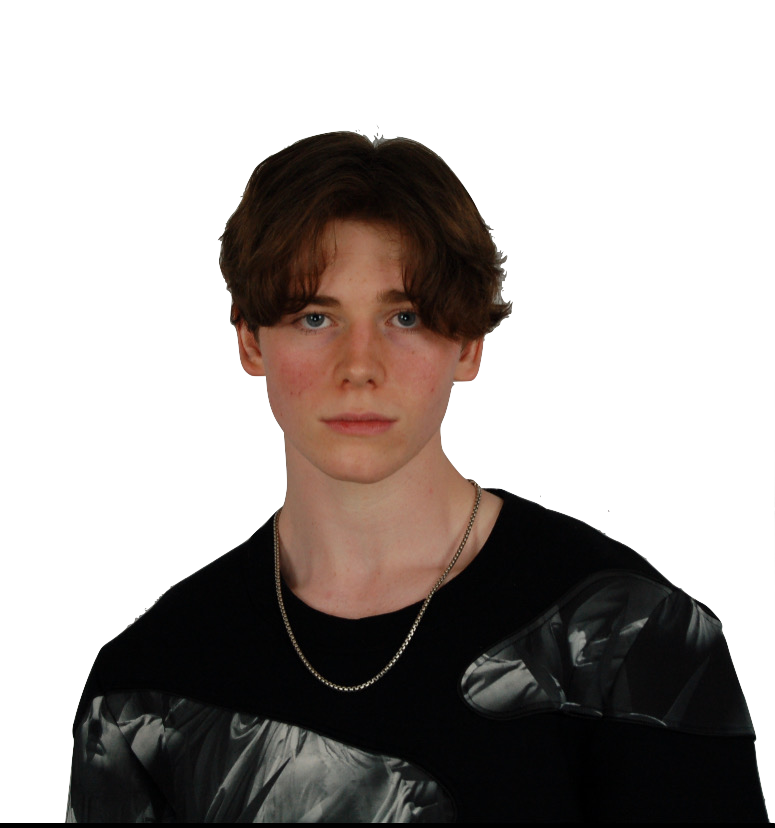 When Harry Styles graced the front cover of Vogue wearing a stunning tux jacket and ruffled, black-lace accented dress combo courtesy of the master designer, Alessandro Michele, from Gucci, the media erupted over the brilliance of the young popstar. The British “Watermelon Sugar” icon’s shoot certainly deserved the attention and praise, as he was the first man to ever be front and center, unaccompanied, on the cover of the fashion magazine that has been in publication for more than a century. Aside from the main stunner of the dress, Styles also donned a variety of other traditionally male-styled suits from Gucci as well as more androgynous ones. Styles elegantly garbed a white embroidered suit jacket and black six-button skirt-like kilt by Japanese fashion house Comme des Garçons Homme. Additional “effeminate” outfits Styles dressed in included an 80s style bulky shoulder-padded suit jacket with a Victorian-esque crinoline frame encircling a white flowing tutu atop a pair of oversized pants, and a Wales Bonner sweater and blue plaid skirt combo. It was impactful to see the integration of these styles that have transcended gender barriers on the cover, and the artistry in the photographs and clothing was an elegant and welcome sight.

When I first laid eyes on the cover alongside the commotion surrounding Styles on social media, I was not surprised at the widespread fascination. I regularly watch fashion shows for each new Autumn/Winter and Spring/Summer collections from multiple noteable fashion houses — my personal favorite being the co-ed shows from Maison Margiela — and have consistently witnessed androgynous clothing that fit the aesthetic of the show above distinguishing between male and female. To a certain degree, these shows have normalized this type of clothing in my perception of high fashion. In recent months, I began to grow an eye for more gender-ambiguous clothing designs akin to what Styles wore for the article. Instead of bottoms like dresses and skirts, however, I largely gravitate towards tops, boots, and coats that blur the lines between women’s and men’s clothing. The direction of what I like to call my “avant-garde lux-chic blend” seems to be leaning towards playing with more revealing clothing and large heels more closely associated with women’s fashion. Seeing Styles don this type of clothing reaffirmed the conceptions I had regarding where I see my masculinity in relation to my fashion-sense: my clothing doesn’t undermine my identity as a male just because it doesn’t fit the traditional outfits of our time.

These assortment of garments worn, which integrated elements heavily associated with women’s fashion, sparked a torrent of outcry from conservative pundits and media sources about the negative implications blurring the line between men’s and women’s clothing. These conservatives, most notably PragerU affiliate Candace Owens and the Daily Wire’s Ben Shapiro, complained about the dangers of dismantling masculinity as American society knows it, and they refused to acknowledge that such clothing is made for men as well, not just women’s clothing put on men. I have multiple issues with these oppositions and their claims. First, the idea of what separates men’s clothing from women’s clothing is solely a social convention, and many concepts that are considered manly or womanly today were constructed over the last century in largely Western Europe and America to constitute formal business attire. In recent history, fashion trends have largely cycled numerous times to shape what was considered not only acceptable but fashionable. Makeup, skirts, and high tights are all considered to be predominantly female beauty concepts today; however, they were widely integrated within male fashion in past centuries. The insistence to “Bring back manly men,” as Owens tweeted in response to the cover, simply does not make sense, especially since the notion of masculinity, as it relates to male fashion, only continues to evolve away from these relatively outdated ideas of fashion from the early twentieth century. These conservative critics’ proposed argument for masculinity and what constitutes men’s fashion, also, is of a narrow predominantly straight-cultured, intolerant view that neither represents the current ethos surrounding what masculinity means and represents in 2020, nor encapsulates the reality that there has always existed multiple fashion movements that have broken the “norm” in the last one hundred years.

These pundits have little to no understanding of the high fashion scene in neither the past decades nor the current day. The integration of both traditional men’s styles in female clothing and women’s styles in male clothing has been progressing for the greater part of the last half-century, and an increasing number of new as well as already established designer fashion houses are moving towards articles of clothing with more androgynous looks and designs. Maison Margiela, Random Identities, Ann Demeulemeester, Julius, Comme des Garçons, Balenciaga, and Yohji Yamamoto are all producing increasingly gender-fluid clothing both on the runway and for ready-to-wear collections. To say that Harry Styles, Vogue, or any of the notable designer fashion brands featured were doing something radical is simply not true. The concept that there are distinctly separate and non-transferable styles inherent to women’s or men’s fashion is no longer the case.

Moreover, the idea that Harry Styles is the first of his kind to feature more non-specific gendered clothing is also false. We can look back to the often hypermasculine rapper Young Thug’s album cover “JEFFERY” in 2016 where he posed in Alessandro Trincone’s extravagant periwinkle suspendered pleated skirt, or in André 3000’s puffy pink faux-fur trench coat in 2002, or David Bowie and Prince’s iconic androgynous styles featured throughout both of the popstars’ careers, or Mick Jagger’s 1969 white dress. Harry Styles is far from the first pop musician superstar to wear and promote a more blurred set of men’s clothing.

Styles’ appearance on the cover of Vogue is significant in a time where the idea of what makes a man a man drifts away from the convention of hegemonic masculinity and towards respect for  oneself, personal expression, and self-confidence. Styles’ place on the cover cements the long history of working out of the rigidity of societal gender norms that suppressed creativity and innovation as the mark of an undeniable present and promise for the future. Styles’ outfits are not about sexuality, nor is he in drag to alter his male identity. He is a man, and he radiates confidence as a man in these outfits. To throw labels around and place us in boxes for what is considered correct is outdated and tired, and certainly, this cover is a big step in the right direction to normalize this transformed idea of masculinity.