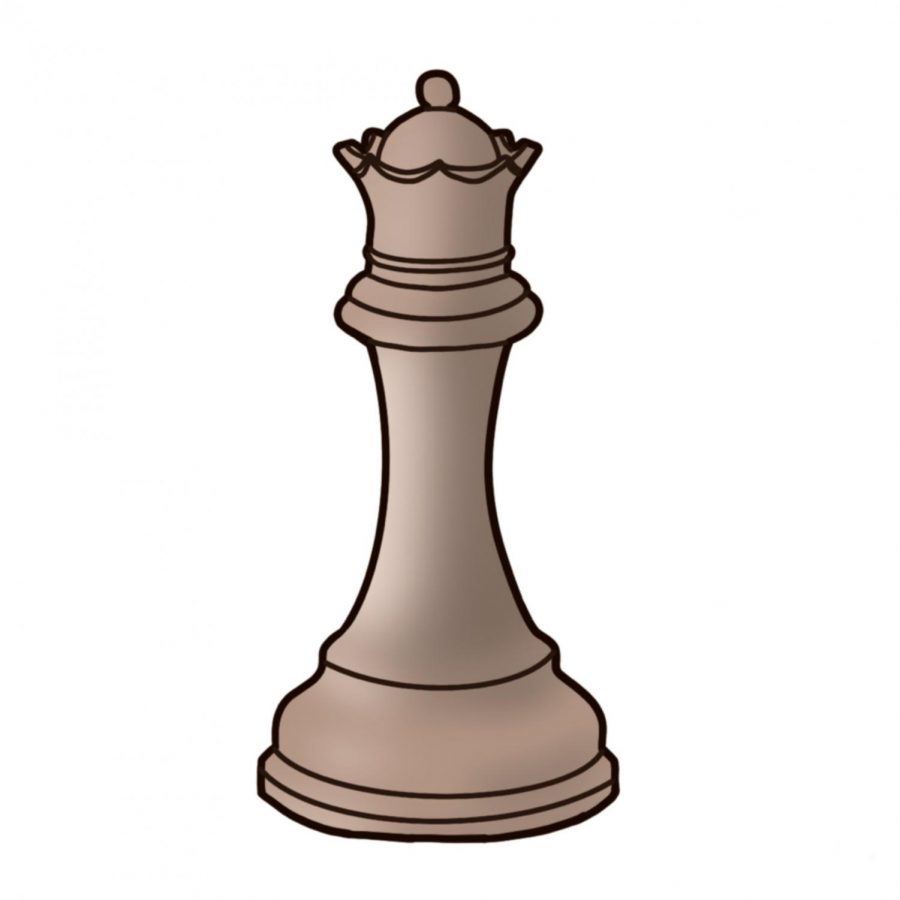 Ellen Wang (8) earned the title Woman FIDE Master (WFM) in 2017 after winning the North American Youth Chess Championship that year. Wang, now one of the top 50,000 chess players worldwide, is proud of her title because it recognizes her achievement and devotion to the game, she said.

Chess has given Wang a platform to help those in need, she said. Earlier this year, Wang and her chess team, Unruly Queens, began to host tournaments, open to all, on the online platform Chess.com. The tournaments themselves are free, but Wang and her friends take donations to the UNICEF Covid relief fund and have raised over three thousand dollars thus far, she said. Along with hosting tournaments online, Wang and some of the top chess players in New York promote chess by giving free lessons to young kids, her father, Jun Wang P ’25 said.

Wang’s favorite tactic is a fork, a movement when a piece attacks two others at once, she said. “You learn it when you are a beginner, but you use it up until you’re a world champion,” she said. There are many variations of the fork which all relate back to the same move, she said.

When it comes time to compete, Wang is not overly aggressive on the chess board compared to many of her opponents, Jun said. “Her personality is easygoing, but she is mentally tough when facing challenges either on or off the board,” he said.

Even though Wang has progressed in her chess playing skills, she still enjoys the social aspect of the game. She likes meeting new people at tournaments and making new friends, she said. “I’m proud of where I am and I worked hard to be here so there’s no reason why I should regret anything.”

“When there is my opponent or just somebody that I meet in the hallway of the hotel, even if we don’t speak the same language, we can exchange souvenirs from our country, and I still have contact with a lot of players,” Wang said.

Wang began playing chess at six years old. Her parents noticed that she had a sharp memory and strong problem solving skills. “I didn’t really enjoy [chess] that much [then],” she said. However, her parents had faith in her potential, she said.

Wang always plays chess with her father. He is familiar with strategy-focused board games, as he played the strategy-based board game, Go, before playing chess with Wang when she first started. He wanted his daughter to play a game that was more popular and widely played by people but also shared the strategy aspect of Go, he said.

Wang has been training seriously since she was seven or eight years old, she said. “I would do a couple hours a day,” she said. “Obviously, when I came into middle school, the training cut back because school is always the number one priority.”

Recently, Wang succeeded in international tournaments, she said. In 2017, Wang won gold at the North American youth chess championships, bronze at the Pan American Games, and bronze at the World Chess Championships. Although Wang was 10 years old at the time, she and her family decided that she would compete in the 14 and under age group at the North American youth chess championships, she said. “It’s more of a challenge, and it also was just a good experience for me to play against older players,” she said.

Along with playing chess, Wang recently watched the Queen’s Gambit, a mini-series about chess prodigy Beth Harmon who becomes the greatest chess player in the world. In the series, Beth Harmon rises to the top and becomes chess Grandmaster, a title that Wang someday hopes to achieve. Wang also found Harmon’s personal growth to be inspiring, she said.

Even though Wang is very talented at chess, she and her family do not see the sport as a career for her, Jun said. “Her focus is, of course, school work first.” However, she will keep improving her chess skills and competing in both elite national and international tournaments, Jun said.