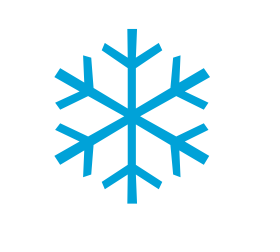 The movie “Happiest Season,” released in November of this year, offers a refreshing break from the typical heteronormative plot of Christmas rom-coms and Kristen Stewart movies. The film plays on the typical themes of Christmas, as Harper’s wealthy family hosts and attends luxurious parties complete with mistletoe, wreaths, and jingly music. However, the movie is less traditional in the sense that it follows girlfriends Harper and Abby as the pair travels to visit Harper’s family for Christmas. It is revealed early in the movie that Abby plans to propose during the holiday, but when the two arrive it is clear that Harper has different expectations of what the trip will look like: she has not yet come out to her family or anyone in her hometown. Instead, Harper introduces Abby as her orphan friend who needs a place to stay. Soon after their arrival and Abby’s subsequent realization that her wedding proposal is off the menu, Harper explains that she hopes to come out to her family after Christmas, when her identity won’t impede upon her father’s mayoral campaign — the main agenda for all the grand gatherings. Abby confides in her best friend John, who offers solace for the rest of the film.

While the movie offers comforting scenes of festivity, familial joy, and Christmas spirit, I found that my enjoyment of it was impeded by the lack of representation and stereotypical “coming out” narrative. I struggled to understand whether the film was made for a queer audience or the white, heterosexual individuals often represented in any other Christmas romance movie. While I understand that romantic tragedy and reunion is the focus of these films, the film felt like yet another queer movie made to show a straight audience the struggles of coming out. I’m appreciative of the fact that a queer woman, Clara Duvall, wrote and directed the film and that it includes queer actors such as Kristen Stewart, Dan Levy, and Aubrey Plaza, but the movie lacks originality. In the last few minutes of the film, the audience witnesses what I would characterize as queer joy, albeit queer joy that is representitive of a slim margin of the LGBTQ+ community; however this resolution fails to make up for the fact that the entire movie has capitalized on queer suffering. Why not focus on the better parts of the queer experience? It’s as if Duvall took one of the most difficult parts of the queer experience, copy-pasted it into the typical Christmas movie format, and threw in a happy ending.

I understand that this movie is groundbreaking in its category, and for anyone that enjoys the traditional Christmas movie, this checks the boxes; however, it also falls short for the audience it was made for. The queer community and experience is not entirely white lesbians and coming out. I would hope that in the years to come, when this movie is no longer the only of its kind, writers and directors use the “Happiest Season” as a template for what they can do to improve.