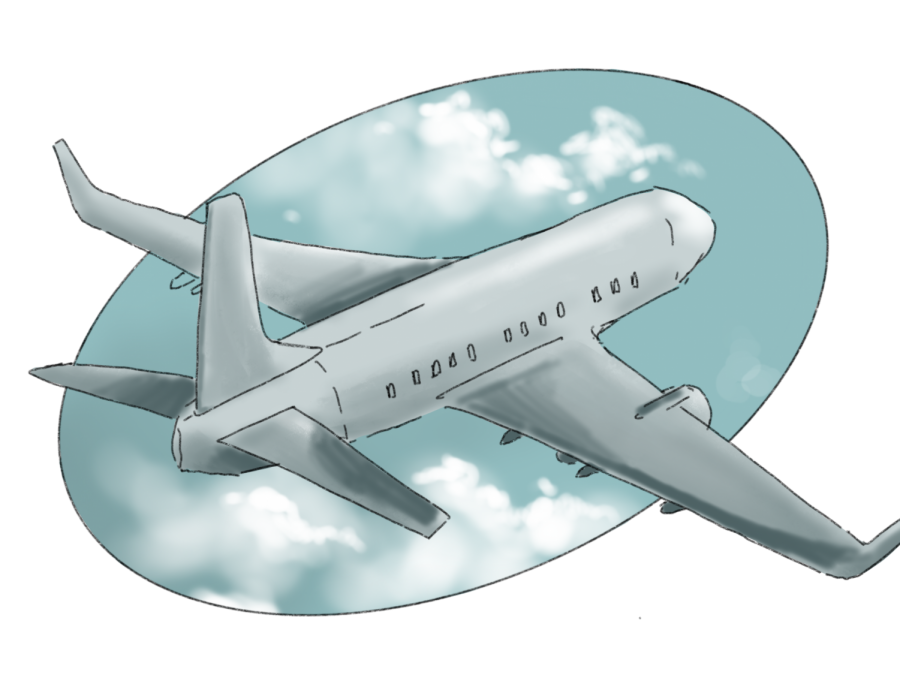 This winter break, many families opted out of traveling due to fears of contracting and spreading the coronavirus.

Before the break, Head of School Dr. Tom Kelly sent an email reminding the school community of the travel guidelines which they should follow. For out-of-state travel longer than 24 hours, the New York Department of Health requires that travelers obtain a test within three days of departure and prior to arrival in New York. Travelers must also quarantine for three days upon arrival in the state and obtain another test on the fourth day of their quarantine. If travelers test negative both times, they are allowed to stop quarantining.

Kelly also added that families should avoid traveling to any destination that could cause them to quarantine and be unable to to return to school for the first day of in-person instruction on January 19.

Over the break, Alex Nagin (11) traveled to his family’s house in a rural region of California, where he and his family quarantined and tested for the virus after their flight. For the most part, Nagin and his family have been staying around their house, occasionally going out to a coffee shop or going for a hike, he said.

Nagin said the type of travel he did with his family is more acceptable than other types of travel because they did not come into contact with anyone after their flight, he said.

Upper Division Library Department Chair Caroline Bartels said there is a false sense of normalcy that comes with vacationing, which is perpetuated by privilege. “It didn’t have to be this way,” she said. “We should have gotten a handle on this. It’s that really weird entitlement that I think Americans have of, ‘Well, those rules are for everybody else but not for me.’”

For Nagin, the main issue with traveling arises when families attend private resorts. “When you get to a Caribbean island or Mexico or something, those communities that surround the resorts where these places are pretty uniquely unprepared to deal with spikes in COVID-19 cases, and that’s exactly what this type of travel is inducing,” he said.

On the other hand, Izzy Abbott (12), who traveled with her family to a private house on a tropical island, said since the location of her stay has minimal COVID-19 cases and she and her family took proper precautions, her vacation was safe for those around her. “There was a consideration of our impact on local communities, but at the end of the day, we trusted in the local government’s guidelines and its ability to curtail any possible spread of the virus that we would have started anywhere,” she said.

Abbott recognizes the stigma around traveling during this time; however, she believes that the decisive factor of travel is safety. “The stigma from traveling comes partly from people’s fears over the journeys themselves, getting on planes and being in airports where millions of people are passing through every single day, but in terms of the act of traveling itself, it’s safe as long as you are protecting yourself,” she said.

Similarly, Ryan Rosenthal (12), who spent winter break in the city instead of his usual travels, believes that the decision to go on vacation is strictly a personal one. “It’s a pandemic,” he said. “You’re putting yourself at risk anytime you’re putting yourself near other people, so as long as you’re not risking the health of others by traveling, I think it’s fine.”

However, Dani Koplin (11) thinks that even if a person believes they understand the risk of travel, their decision can lead to further dangerous practices. “If you go in with this mindset that ‘it’s okay, because I know the risks,’ ‘it’s okay because I tested negative,’ it’s not the best mindset because then that’s going to start applying to all things,” she said.

“[The school] community comes with a set of core values, and one of them is a caring community, so I’m hoping that people will realize part of that caring community is [asking] ‘What can I do, as an individual, to make sure that I am making the safest place possible?’” Bartels said. “And that might be not traveling.”

Social media can also play a detrimental role in the mindset surrounding the pandemic, Nagin said. “If your family makes the decision that you’re going to go to a really crowded resort, I don’t think it’s the smartest thing to be posting Instagram pictures that ‘life is normal on the beach,’ when things are very, very bad, and those types of actions are contributing to a really large problem,” he said.

Even so, Abbott thinks that posting photos has a negligible impact. “I don’t think [posting on social media] takes away from the severity of the pandemic,” she said. “The pandemic is still going on, and my family and I have still been affected by it and know people who have been affected by it and have lost their loved ones, but if we can find a safe way to do things that we love, like travel, and show others through social media that safe travel is possible, then we can encourage those practices that support local communities through tourism.”

Still, Koplin feels it is unsettling to know that her peers have gone on vacation. “We still are a community, and it’s not great to know that there’s people in my community, who I know, [that] don’t care about the health and well being of others, and it’s almost scary to go back to school in person knowing that,” she said.

“I’ve always sort of thought that Horace Mann students are the smartest and most considerate, because that’s what we’re told by our teachers,” Koplin said. “That’s what Horace Mann prides itself on, but then seeing these posts definitely makes me question some of that as a whole.”