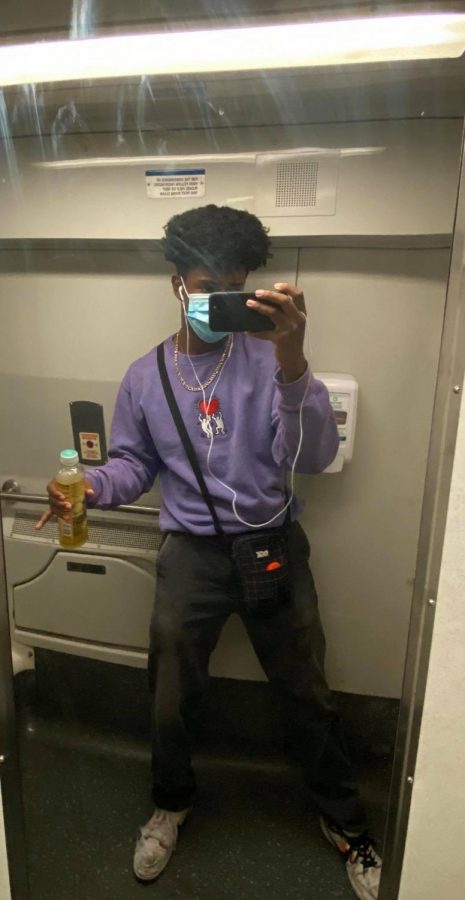 “I’m pretty good at describing almost a mood or a vibe for the day using what I wear,” James Thomas (11) said. “You can tell from what I pull up to school with how exactly I’m feeling that day.”

As a child, Thomas said his parents often chose his outfits for him. However, as he grew older, he began experimenting with his own style. “Around ninth or 10th grade, I started thinking about what I wear to school and how I could actually arrange fits together,” he said. “And I, throughout my time at Horace Mann, came up with this type of style that people identify me with.”

Currently, Thomas feels most comfortable in corduroy pants, Jordan 1s, and a sweater. “That’s definitely a fit I could live in,” he said. As high school progressed, however, his style has undergone various changes.

“Freshman year was kind of just long-sleeve polos and jeans,” he said. In sophomore year, Thomas enjoyed matching his t-shirts with high socks. He also added a sherpa jacket to his wardrobe, calling it “iconic.” “Everyone knew me as the dude who wore a sherpa jacket,” Thomas  said.

While remote learning in his junior year made it difficult for Thomas to show his sense of fashion, he still found ways to do so. “Sometimes I like to stand up and walk around just so people can see my fit on Zoom,” he said.

Thomas’ father is one of his biggest influences. Thomas often browses through photos from his father’s teenage years to see what his fashion sense was like, he said. He sometimes wears his father’s old clothes, including his belts, socks, and corduroy pants.

In addition to his father, Thomas takes inspiration from Liam Futterman (12). He uses Futterman’s fashion sense — a laid-back and relaxed look while still appearing presentable — to create his own unique style.