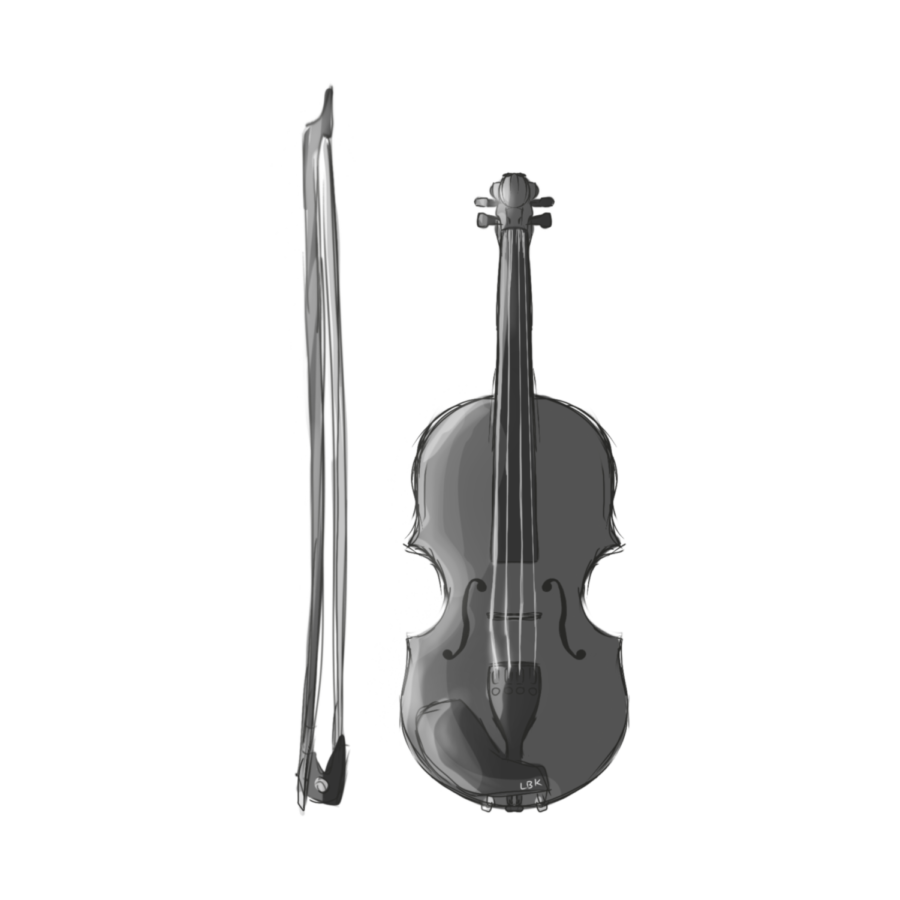 In a 300-person video performance of “Beautiful City,” choir performers’ virtual boxes stack themselves to form a virtual city skyline — and clouds of orchestra members float by on screen above. As the song hits its climax, the performers are washed with colors, and the city skyline fades into a rainbow.

All of the MD and UD choirs and orchestras performed “Beautiful City,” written by Stephen Schwartz from the musical Godspell. Head of School Dr. Tom Kelly will release the performance, as well as videos from Jazz Band, and Steel Drums, to the community.

The orchestras and choruses do not perform together every concert, which makes performances like this more special, Lowell Finster (12), who plays bass in Orchestra, said.

The original lyrics to “Beautiful City” were rewritten after the 1992 Los Angeles Riots, Steve Yang (10), who plays cello, said.

Orchestra conductor Nathan Hetherington spent a class period reviewing the lyrics with the ensemble, Finster said. During the class, Hetherington emphasized certain parts of the music that corresponded with important lyrics, he said.

N-12 Music Director Timothy Ho chose this piece because of its hopeful message, Music Department and Glee Club teacher Dr. Amir Khosrowpour said. “It is uplifting, it is beautiful, and hopefully it helps us for a moment remember all the beauty around us.”

“This song is especially relevant and hopeful as we begin to recover from COVID,” Zach Goodman (10) said. “The main message of the song is about rebuilding after destruction, so it’s very meaningful now as we try to rebuild NYC.”

The Jazz Band played two pieces: “Au Privave” by Charlie Parker and “Footprints” by Wayne Shorter, drummer Alex Rosenblatt (11) said. “The take of Au Privave that we recorded as a group was one of the best we’ve ever played.”

While the majority of the band was able to occupy the same room for the recording, Abigail Morse (12) had to play her saxophone in a separate room because she was unmasked, and her recording was subsequently added electronically, Rosenblatt said.

The D period Steel Drums class had been rehearsing their song for over a month, Sabrina Freidus (12) said. “It’s pretty upbeat and has a lot of melodies that were fun to listen to,” she said. “There are cool parts where all of the instruments come together to play the same rhythm with different notes.”

Khosrowpour filmed multiple takes of the class performing so they could pick the best one, Freidus said. The final version was one of the later takes, when the ensemble was completely warmed-up, she said.

H Period Steel drums rehearsed their song for three months and recorded it in class, Allison Markman (10) said. Remote learners played their parts on iPads, which made it easier to perform because the group could hear each other as they played. Their song has an upbeat message and strong melody, which made it fun to play on the drums, she said.

Unlike the steel drums classes and Jazz Band, the Glee Club and Orchestras were unable to record their performances in-person due to COVID-19 restrictions, Laine Goldmacher (9), a member of Glee Club, said. “It was slightly more difficult to perform alone,” she said. “It is easier to blend your voice and work with others to create a more cohesive performance.”

Still, Goldmacher said it was easier to focus on her part in a recording because other people were not singing the rest of the parts, which could have confused her. Goldmacher did not find the filming process too difficult, but she took her time to ensure that the recording she submitted was the best one, she said.

It was difficult to record the Orchestra pieces alone, Yang said. “It was more challenging because, if you make errors when you’re in a group, other people will be there to more or less mask them, but you can’t have that when you’re recording alone,” he said. The syncopation — or lining up with the beat and the recorded track — was difficult because the members of the Orchestra had to listen carefully and be cognizant of the intonation, he said.

Members of Sinfonietta had to record their performance of “Sinfonietta No.1 for Strings” by Coleridge-Taylor virtually, Alex Oh (12) said. The piece was different from the normal style that the ensemble plays because of the rhythms and the way the parts came together, Oh said.

Similarly, it was hard for Ho to conduct his choir virtually, so the students made notes in their sheet music of what he would have said had they been performing live, he said.

Music has been an escape for many in the school’s community, including Khosrowpour, he said. “Music gives us a chance to reflect on what is going on in our lives or what has gone on in the past,” Khosrowpour said. “I hope that the HM community experiences something similar, whether it be exhilaration from a Steel Band video, or pastoral beauty from the choral video.”