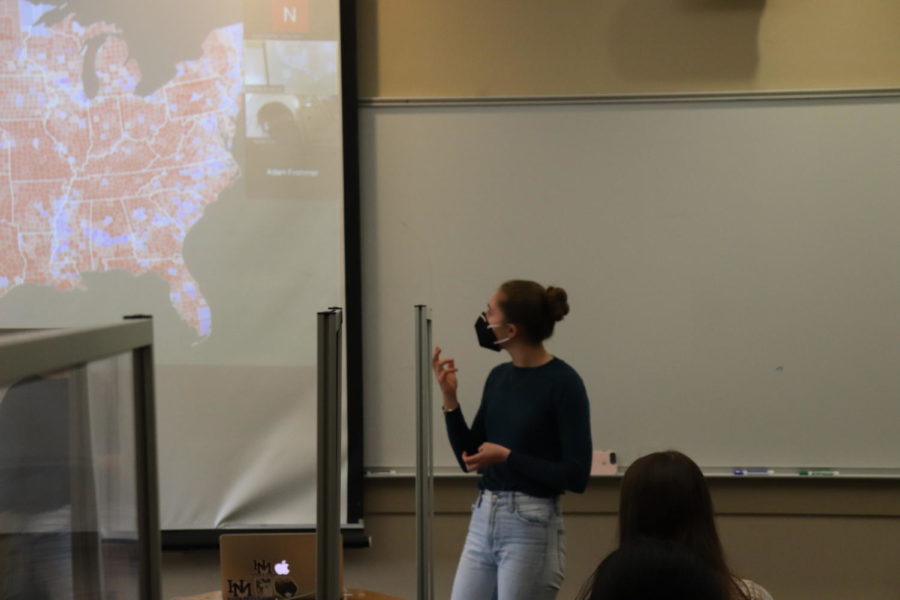 Green Week is intended to create an opportunity for students who are interested in issues involving the environment and equality, Co-organizer of Green Week Sabrina Freidus (12) said. Freidus, along with her fellow Green HM Co-presidents Nina Gaither (12) and Natalie Sweet (12) organized the week with the theme of environmental intersectionality in mind.

“Because of COVID, there’s this absence of school-wide events that bring people together under the same academic theme,” Sweet said. Freidus, Gaither, and Sweet had always wanted to host their own Unity Week workshops, but when this year’s Unity Week was cancelled, they decided to create their own week centered around the environment, Sweet said. With this goal in mind, the three sent out emails to teachers and other community members to make their dreams a reality, she said.

Sweet and Freidus created their own workshop in which participants watched the 1972 film “The Lorax,” and discussed its relation to environmental themes. Freidus chose “The Lorax” because of its commentary on the struggle between the economy and the environment and because it was ahead of its time in terms of activism against climate change, she said.

After showing “The Lorax,” Sweet and Freidus led a discussion about the repercussions of deforestation and finding a balance between the environment and the economy. “The Lorax” is an example of how capitalism and industrialization can harm ecosystems and have dire consequences on the world, Freidus said.

Steve Yang (10) attended Sweet and Freidus’s workshop with his French 3H class. “Seeing the images of ruin further made apparent the urgency of the climate crisis for me, especially combined with my recent research of climate change in Chemistry class,” he said.

Jack Bleichmar (10) attended the workshop titled “Recycling Mentality: Looking at Gender, Misinformation, and Laziness.” The discussion made Bleichmar think deeper about the environment and its relation to gender, he said.

Although most of the workshops took place on campus, Dr. Christine Leo’s AP Chemistry class put together a virtual collection of workshops for the week. In the workshops, the class focused on four aspects of climate change: land, water, atmosphere, and its causes and solutions. Previously the ten minute presentations were on posters, but this year Leo decided to host the workshop online because of COVID-19 precautions.

“The hope is that this website provides a resource for people to become more deeply educated on the science of climate change despite its complexity, and that this knowledge will ultimately lead to action,” Leo said.