Bales, Bomwell, and Bahr fight for the environment 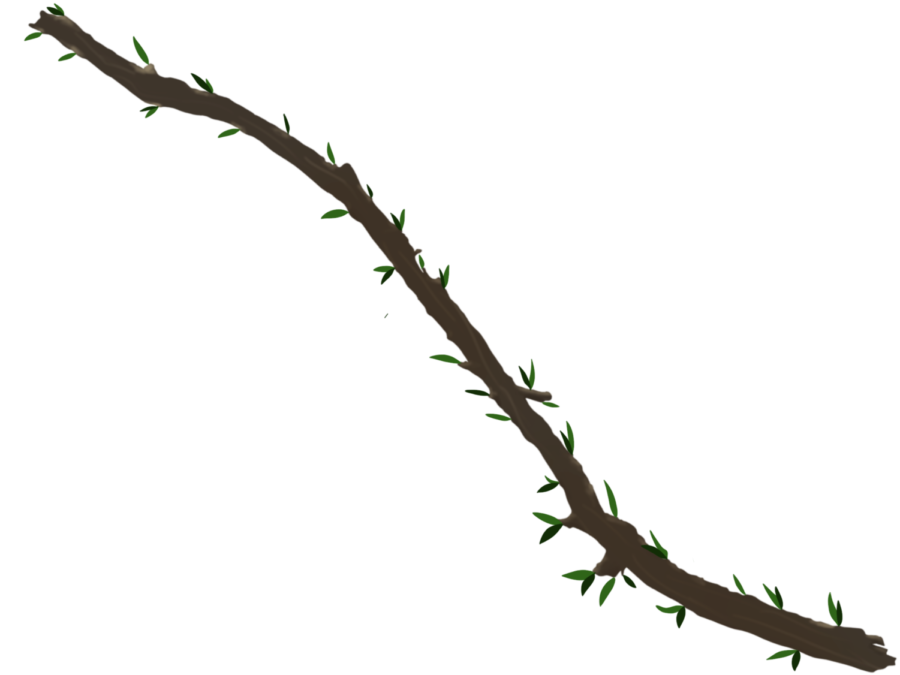 In the wake of the COVID-19 pandemic, History teacher Dr. Ellen Bales is thinking seriously about what the moment requires from her in terms of developing an eco-conscious lifestyle, she said. Throughout her adulthood, Bales has pursued involvement with climate issues through the teaching of her Global Environmental History (GEH) class, she said.

Bales’ upbringing in rural Missouri, an area where people predominantly make their living through farming, made her more aware of human dependency on land, she said. In addition, Bales’ mother also had a clear commitment to the care and appreciation of the environment, which Bales adopted as a child. “My mother is someone who feels very deeply connected to the land where she lives, and talks about that eloquently,” Bales said.

Throughout her childhood, Bales became increasingly aware that she was going to be experiencing life during a moment of cataclysmic climate change, she said. “I believe that realizing that things are going to change dramatically within your lifetime is very unsettling.”

While obtaining her Ph.D at the University of California, Berkeley, Bales pursued her interest in environmental questions, especially those surrounding the dangerous effects of climate change. “My dissertation had an element of environmental history, and I was really captivated by the questions that subfield asks and the lenses it gives us to view the world,” she said.

Her fascination with these topics and their relevance to the urgent situation of the world is what prompted Bales to teach GEH, she said. The global environmental history topics that Bales is most fascinated with are the transition to agriculture, the study of hunter-gatherers, and the effects of the industrial revolution, she said. Teaching GEH has been her favorite initiative relating to climate change that she has ever contributed to, Bales said. “The material in the course feels really important, urgent, and exciting to me, and I’m thrilled to be able to share it with students.”

Individuals can learn how they can contribute to the climate action movement by using a Venn Diagram structure, Bales said. One circle would represent what one is good at, another would be what brings one joy, the third is what needs to be done, and the intersection of the three would be what the individual should do, she said. Bales achieves her intersection of the three circles through teaching, she said.

While she does not necessarily view herself as a climate activist, Bales spreads awareness about the movement through education, she said. “I try to get the message out to my students, and by extension, everyone they meet,” Bales said. Bales also taught Environmental History at her previous school, the Potomac School in Virginia, she said.

Bales had many favorite moments from the climate change movement, one of them being the first Earth Day in 1970, she said. This particular event was special because the organizers expected a small turnout, but so many more people ended up being interested in it and showed up, she said. “I really like the idea of people getting out on the streets and working towards something.”

The work of teenage climate activist Greta Thunberg is also exciting to Bales because she believes that the next strides taken to curtail climate change will have to come from those under the age of 20, she said.“I think young people have a better chance of seeing the urgency and severity of the issues we face, and being willing to make the radical change that will be required,” Bales said. Thunberg is a great example of this mentality due to her fearlessness, she said.

Bales also participated in HM’s Green Week to be part of the community’s involvement in climate action, she said. Her GEH class also contributed to the assembly with Elizabeth Kolbert, the author of “The Sixth Extinction.” The class generated multiple questions for Kolbert, and Bales selected a few that reflected the general interest of the class, she said. “It’s great to see HM committing to this event and to see so many people participating.”

“I do not want my children to live in a world where they cannot go outside because the conditions are too inhospitable,” music teacher Michael Bomwell said. Bomwell has pursued his passion for environmental justice throughout his whole life.

Although he majored in music, Bomwell pursued his interest in environmental justice by taking a course titled “Big Questions for a Small Planet,” he said. The class discussions centered on the intersectionality between the environment, resource management, competition between developed and developing nations, and social justice. Before taking this class, Bomwell believed that environment and social issues were separate. However, the content of the class opened Bomwell’s eyes to the movement and showed him how social justice and environmentalism were inextricably linked.

While Bomwell does not consider himself to be a vocal advocate for environmental justice, it has been a lifelong interest of his, he said. He engages in personal actions to maintain sustainability; some of his practices include turning the water off in between washing his hands, reducing his use of heat or air conditioning during the day, and closely examining the waste he is producing, he said. “All of those things are constant reminders that [environmental justice] is an ongoing awareness thing.”

Maintaining his motivation for environmental justice was a challenge when he first moved to New York City, Bomwell said. After seeing how much waste the city was producing, he became pessimistic about the environmental impact he could make.

However, after coming to the school, Bomwell regained hope about his ability to help the environment. Bomwell became a part of a faculty sustainability committee, which gave him the opportunity to make an impact on the school’s community in a positive and long lasting way, he said.

As part of the committee, Bomwell met with Brenda Cohn of FLIK and Gordon Jeson, the head of the Facilities Department, he said. Together, they brainstormed ideas that would resonate with the student body, and met with students to plan initiatives for last year’s Green Action Week.

“I feel like a lot of the best ideas come from the students,” he said. For example, students pioneered several initiatives such as the water bottle competition and an effort for students and teachers to use reusable bottles, Bomwell said.

In addition, Bomwell recently became inspired by naturalist and advocate for forest conservation John Muir, after watching a PBS documentary on national parks, he said. Muir’s respect towards nature and the understanding that humans need to protect the environment resonates with Bomwell, as he regularly travels to the southern tier and the Adirondack region. His appreciation of natures stems from his hiking and camping excursions that he hopes to continue now that his kids are older, he said.

In addition to practicing daily sustainable practices, Bomwell suggests others engage and volunteer in community efforts, he said. “If there’s a meeting about sustainable infrastructure or sustainable transportation, get involved in that and be a part of the conversation.”

As the climate crisis grows, overpopulation and the lack of resources around the world are our biggest climate threats today, Bomwell said. While it took a long time for humans to recognize environmental threats, he is glad the climate crisis is gaining more recognition from the public and those in power, he said. Biden’s declaration of cutting carbon emissions in half and decision to rejoin the Paris Climate Accord, for example, demonstrate how the United States is taking steps in the right direction, he said.

As environmental justice has gained more attention on the national level, Bomwell hopes that Green Week initiatives can expand in the future, he said. “We could make [Green Week] more of an integral part of school culture.” Specifically, the school could add respect for our environment to the school’s core values, he said. “It would have to become a much more prevalent aspect of our institutional language and dialogue.”

“[Humans] are not the masters of the universe, despite what some people think, and it’s important for people to realize that it is in our long-term self interest to understand our environment and to take care of it,” English teacher Rebecca Bahr said.

Bahr currently teaches a senior elective course titled “Writing Nature, Writing Ourselves” that focuses primarily on reading books about the environment and writing about nature.

“I got really involved in the literature of nature writing and thought that was a very powerful way to awaken me and my students to what’s going on around us,” she said. “Reading about different perspectives really broadens your mind and hopefully spurs you to some action and encourages you to be a better environmentalist.”

Bahr’s time with the PeaceCorps, a US government-run volunteering program that globally provides social and economic development assistance, also fueled her passion for environmental justice. “When we were in Thailand, I went to a few rural villages, and despite the fact that they were so poor, people [there] had very little waste and almost no plastic usage,” she said. “Then I was in Bangkok, an urban center, and it was really distressing to see how much plastic consumption there was.”

After these experiences abroad, Bahr strove to make more eco-friendly choices in her life, such as cutting down the amount of plastic she uses on a daily basis and composting any food scraps she may have. “The [climate change] situation has become so dire, so we have to take drastic action to change our habits and our technology that are polluting things,” she said.

Two years ago, Bahr decided to become one of the three faculty advisors of Green HM. “I was really impressed with the work Green HM did that year, and the way so many students got involved,” she said. That year, club members  participated in phone banking for a Floridian campaign that was running on an environmentally friendly platform, she said. “It’s so important for people, students included, to use their economic and political muscle as best as they can to try and get some policies that will change things.”

Bahr was excited that students in Green HM chose to make the theme of this year’s Green Week intersectionality as it relates to the environment. “It’s been a really powerful educational tool in the past for kids to see how race, gender, sexual orientation, and more work together with other ideas like the environment,” she said. “Now hopefully, more people will get involved, and see this is a very complex issue that is intertwined with so many other concepts and aspects of identity.”

Bahr continues actively trying to make changes in her lifestyle that will help her connect with the environment and the world around her, including looking at her screen less and going outside more, she said. She wants to encourage her students to do the same and to educate themselves on the environment. “Start by really awakening yourself to what the world outside is like; Learn about it and get interested in being caught up in it,” she said.