Through scrimmages and instramural games, Lions play on 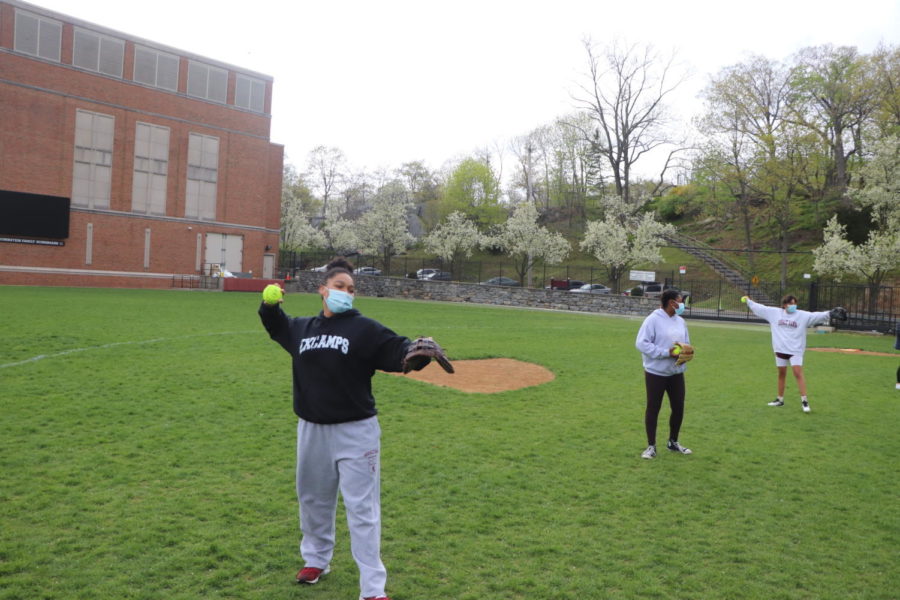 A recent change in COVID-19 restrictions allows sports teams to now compete against other schools for the first time since the pandemic began.

Teams will primarily play against the Ethical Culture Fieldston School and the Riverdale Country Day School, Director of Athletics Robert Annunziata said. “We thought it would be best just to isolate the three schools together,” he said. Playing against hilltop schools only is the most practical choice because of the schools’ similar COVID-19 protocols and proximity to each other, he said.

Prospective competition creates a more driven and focused team, Softball Team member Sarene Choudhury (10) said. The coaches are more strict about athletes attending practices because they now have to be prepared for games beyond simply practicing their skills, she said. “It’s definitely a lot more exciting now that we are practicing for something.”

This year is Michelle Kim’s (10) first time playing games with the Girls Lacrosse Team, so she is especially excited for their first game. “Lacrosse is a lot about games and sportsmanship, and last year we weren’t able to have any games or practices,” she said.

Girls Varsity Lacrosse Head Coach Keri Panarelli has mixed feelings about the new policy. “I am super happy for the kids, especially the seniors, given that they missed out on a lot last year, but I feel a bit unprepared as the way that we went into the season is very different than we ever have before,” she said.

The schedule is still being finalized, and games have been tentatively scheduled during the first and third weeks of May if all goes to plan, Annunziata said. Teams will be tested 72 hours before their game in order to adhere to the school’s COVID-19 guidelines, Panarelli said.

“The outliers are our non-league sports: boys volleyball and girls rugby,” Annunziata said. The school is working on finding an opportunity for Boy’s Volleyball and Girl’s Rugby to also play against other schools, he said.

In practice, the Boys Volleyball Team is playing intramural games, Jared Contant (10) said. “Volleyball is a great candidate for [playing against other schools], because you’re already social distancing while you’re playing,” he said. “It is also very easy to clean the balls in between rounds, and coaches have been sanitizing them frequently during practices, he said.

There are many ways that volleyball competitions could be made safer, Uddipto Nandi (11) said. “In Volleyball, it’s customary to switch sides of a court,” he said. “But since this would be an informal game, not switching sides of a court is probably a better idea because keeping the teams on different sides of the net would limit the amount of contact.”

“At the moment, we don’t know whether we’re having a game this season,” Girls Rugby Team member Clementine Bondor (10) said. “Harvey, one school against whom we’ve played in the past, isn’t in the HM ‘bubble,’ and Rye, another, is completely online,” she said. “Despite the fact that we might not have any true games this season, I’m excited about the change. It signifies a lot of progress and hope for the future.”